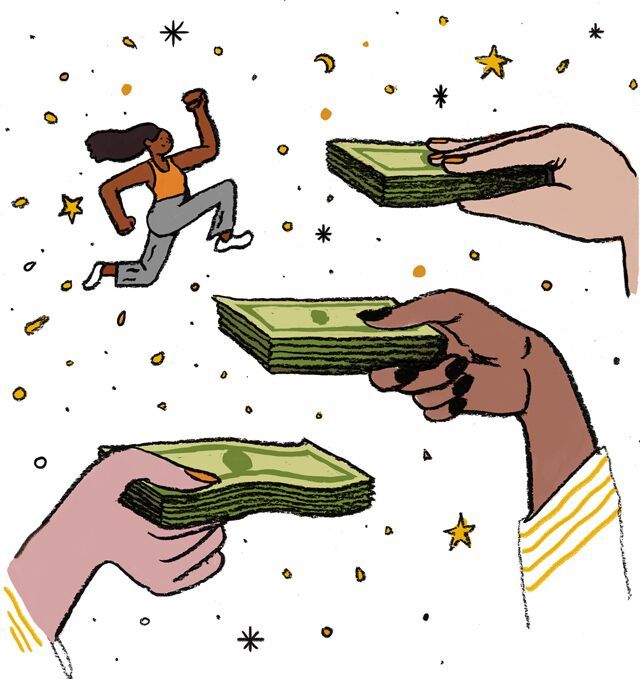 After getting accepted to NASA Space Camp and realizing that her mom (a single parent) couldn’t swing it financially, nine-year-old Taylor Richardson searched “ways to fundraise” and found GoFundMe.com. From there, with the support of her mom Latonja, she built her first campaign and raised enough money to make it to camp. But Taylor, who says she wants to be “an astronaut or a doctor or both” as long as she’s helping people, didn’t stop there. Since then, she’s used crowdfunding as a form of advocacy, raising hundreds of thousands of dollars for a variety of causes. Her most successful campaign to date raised more than $100,000 and garnered support from big names like Oprah Winfrey to treat girls to a screening of A Wrinkle in Time—a sci-fi film rarity starring a young black female hero. She’s even started a scholarship fund to send other underprivileged kids to Space Camp with any excess money her other campaigns generate. Now 16, Taylor’s an old hand when it comes to crowdfunding for a cause. Here’s her advice so you can do it, too.

Be authentic. Taylor’s number-one tip is simple, but not always easy: “Be genuine. Even if it’s for yourself, fundraise for a cause you have a genuine passion for.” Her mother also cites Taylor’s “willingness to ask for help, and the vulnerability, humility, and honesty” she shows in her campaigns as a big part of what makes people want to donate.

Make your mission clear. When it comes to creating a campaign, Taylor is direct and insightful in a way that belies her years. “Success is knowing what your mission is and being clear,” she says. Latonja recommends using GoFundMe’s template to iron out your “who, what, when, where, and why.”

Use social media to promote and update. When it comes to publicizing her campaigns and keeping contributors up to speed, Taylor’s go-to has always been social media. Her favorite is Twitter (@astrostarbright) where she has 6.7K followers and counting. Not only is it “easy to post,” but Taylor also likes that what you post is “constantly coming up on the explore page” which means interested people see it, even if they’re not following. Make sure your posts (on Twitter and other platforms) are tagged properly so that supporters can find your campaign.

Follow up with gratitude. Your work isn’t over when people donate. According to Taylor, while the campaign is ongoing, post-donation, “it’s very important to follow-up with thanks and share pictures, because it reminds people you’re still collecting money and they can share on social media and get more donations.” Latonja agrees. “Go back and personally thank everyone who donated,” she says, “and update them on where the money went and how it impacted someone’s life.”

Whatever the cause is that’s pulling at your conscience, take a page from Taylor’s book, and give crowdfunding a try. The money you raise could tip the balance for good.

Tags: crowdfunding , raising money , money , finances , charity , Taylor Richardson
Support Feminist Media!
During these troubling political times, independent feminist media is more vital than ever. If our bold, uncensored reporting on women’s issues is important to you, please consider making a donation of $5, $25, $50, or whatever you can afford, to protect and sustain BUST.com.
Thanks so much—we can’t spell BUST without U.