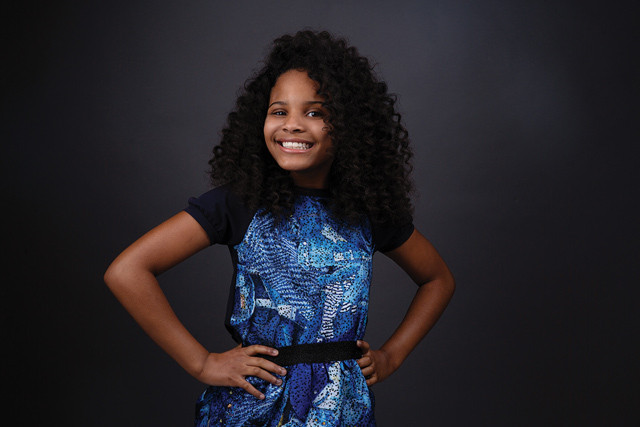 MOST 12-YEAR-OLDS spend their summers knee-deep in reading for school or playing in sprinklers. But not Mari Copeny, an activist affectionately known as “Little Miss Flint” because of the sash she won in a local pageant and wears to events. For the past three years, Copeny has been spending her free time making public appearances in an effort to remind Americans that her hometown of Flint, Michigan, hasn’t had safe drinking water since 2014. This past summer, Copeny helped secure thousands of donated bottles of water for drinking and bathing, plus backpacks and other school supplies for the children of Flint alongside the nonprofit PackYourBack.org.

Back in April 2014, Michigan officials attempted to save money by switching Flint’s water supply from Lake Huron and the Detroit River to the Flint River. Because this new water was not properly treated, dangerous levels of bacteria and lead infiltrated the homes of Flint through their taps. The bacteria caused an outbreak of Legionnaires’ disease that killed 12 and sickened 79. Many who bathed in the water complained of rashes and hair loss. And now more than 8,000 children, including Copeny, are at risk for developmental problems due to lead poisoning.

When she was only eight, Copeny wrote to then-president Obama in 2016 asking for help. Not only did he respond, but he also met with her in Flint and earmarked $100 million to help repair the water system. But now it’s 2019, and the issue still hasn’t been resolved. So Copeny keeps showing up wherever her presence has a chance of drawing media attention. “People here are scared of the water coming from our taps,” she told BET.com. “Once our trust is lost, it's hard to get back.”

Here's One Cool Way You Can Be Like Cher