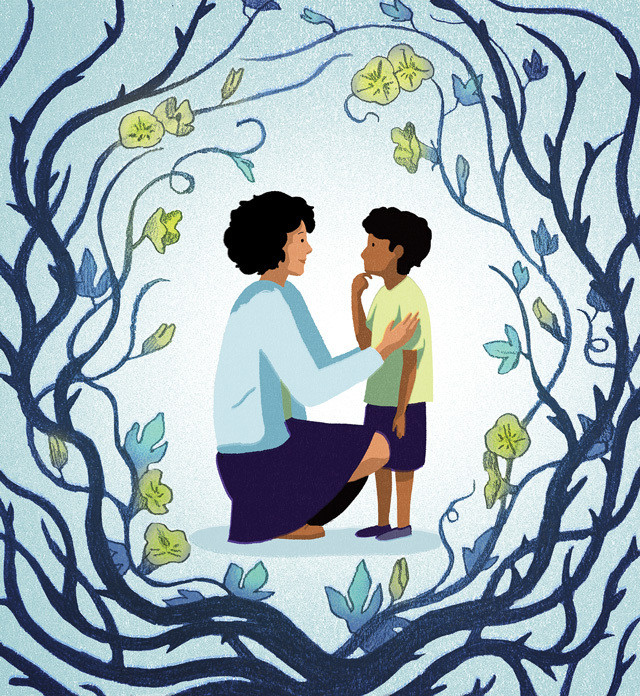 EVER SINCE I birthed a baby with a penis almost two years ago, there’s one question that has taken up a lot of my parenting brainspace: How do I raise a feminist son? As someone who’s had more #MeToo moments than I care to recollect, the notion of consent is a priority. I want my child to respect the bodily autonomy of others, and to be empowered to assert his own boundaries as well. But as parents, how do we teach consent? And is it ever too soon to start? I sought out the advice of experts to find out.

START ’EM YOUNG
“We are a culture that still believes in ‘boys will be boys’ and we perpetuate that from the earliest ages,” says Elizabeth Schroeder, a sex ed and youth development expert. “So it’s super important to teach about consent from minute one, for kids of all genders.”

MODEL BEHAVIOR
According to parenting expert Janet Lansbury, author of Elevating Child Care: A Guide to Respectful Parenting, kids learn through experience, so make sure you are walking the walk and talking the talk. “[We model good behavior] in the way that we touch our infant, the way that we communicate while we’re touching—[they notice] if we’re slow, if we’re gentle, if we are sensitive enough to see when we’re getting resistance and to notice that and to mention it,” she says. That doesn’t mean that we never override a child’s boundaries—dirty diapers still need to be changed and baths need to be given—but context makes all the difference. “We notice how they feel and we treat them with respect from the beginning,” Lansbury says. That comes into play with a lot of the things we take for granted, like throwing a baby up in the air, passing them over to strangers, tickling toddlers—paying attention to whether or not they’re actually welcoming these actions is crucial.

This goes for affection, too, says Melissa Pintor Carnagey, founder of the org Sex Positive Families. “Ask for hugs or kisses instead of just going in for them,” she advises, “because [just going in for them] sends the nonverbal message that other people are entitled to touch your body simply because they’re bigger than you, or there’s a certain relational dynamic.”

Lansbury adds that creating our own boundaries, like gently stopping a child from grabbing our breasts or climbing all over us, is another important way of teaching consent. This idea translates to our interactions with other adults as well. “Say we wrap our arms around our partner really tight and they say, ‘No, get off’ and we’re still holding,” says Schroeder. “We’re just playing, but we’re still giving the message to a child that they heard a ‘no’ and we kept it going.”

TALK IT OUT
Using accurate words for genitals is another important element of creating body awareness and autonomy. “We don’t have other words for eye or hand,” Carnagey says. “So why would we have other words for penis or vulva? Is it because they’re bad words? When we use other words we are sending an underlying message of shame.” These messages we send children today lay an important foundation for future conversations about consent. “If we don’t talk about consent until middle or high school,” Schroeder says, “it’s like your kid is being taught algebra without knowing any of the foundational stuff.”

Tags: consent , children , bodies , Elevating Child Care: A Guide to Respectful Parenting
Support Feminist Media!
During these troubling political times, independent feminist media is more vital than ever. If our bold, uncensored reporting on women’s issues is important to you, please consider making a donation of $5, $25, $50, or whatever you can afford, to protect and sustain BUST.com.
Thanks so much—we can’t spell BUST without U.