Gentlewomen Start Your Engines! Glamour and Mercedes-Benz Team Up To Introduce Girl Power To Horsepower

Q: What do you get when you invite 36 influential women to a world-class auto racing course and let them loose on a fleet of gleaming Mercedes-Benz AMG race cars?

As a lead-up to their annual Women of the Year summit, Glamour and their presenting partner Mercedes-Benz invited female media makers from all over the country to Carmel, CA, October 2 – 4 for a high-octane 36 hours of dining and driving. 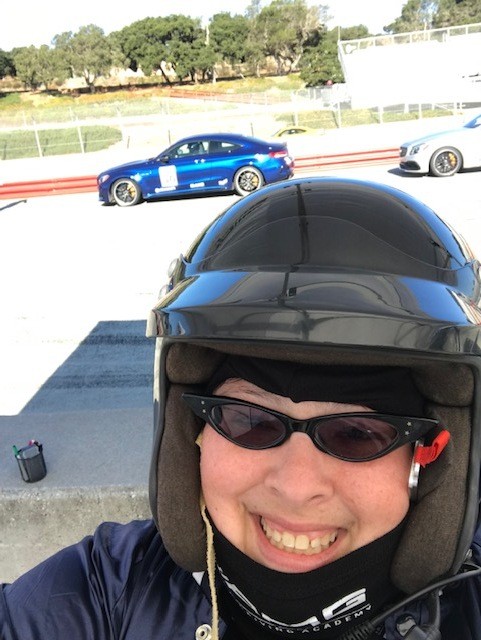 The author, ready to hit the road

Out on the legendary Laguna Seca racetrack I joined a courageous crew of influencers—including travel expert Alivia Fields, lifestyle guru Dawn McCoy, plus-size fashion phenom Kristine Thompson and more—and a great group of fellow journalists on a crash course in auto racing and empowerment provided by the AMG Driving Academy. My “team” was led by barrier-breaking racecar driver Ashley Freiberg—an auto racing champion who, among other accomplishments, was the first female overall North American GT3 Cup Challenge Winner. She commented that she’d never been surrounded by so many women on a racetrack before as she led us through the corkscrew turns of the track, the wet pavement for controlled spinouts, and a timed automotive obstacle course via headset. As a totally non-driving New Yorker, I got to ride shotgun with Glamour’s Communications Director Carly Holden, and I couldn’t have been in better hands. She was a natural behind the wheel, and when all was said and done, she also had the third overall fastest time on the obstacle course. Later, she confessed that she’s been stopped countless times for speeding, so I think she may be a natural! Our busy day at the track was followed by an inspiring conversation between Glamour’s West Coast Editor Jessica Radloff and self-made skin-care mogul Kate Somerville at the Bernardus Lodge and Spa. Then we were all treated to facials by Team Somerville before being whisked off to a picture-perfect dinner under the stars at the woman-owned Holman Ranch. 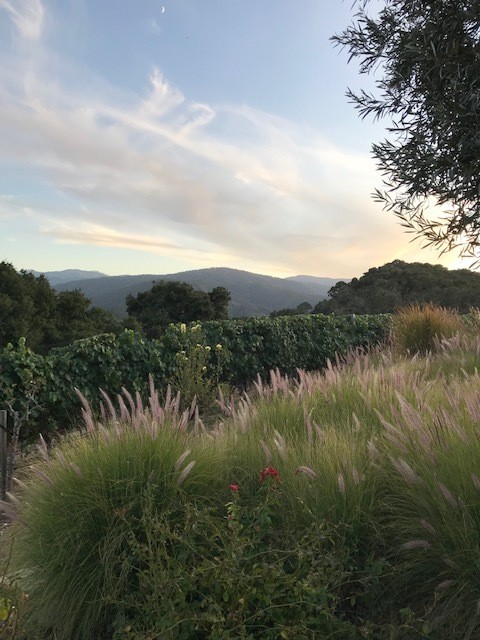 The overall theme of the trip was “Empowered Women Empower Women,” and that vibe was definitely real. By the time our whirlwind adventure was over, we all felt ready to take on the world and were equally amped to help each other out along the way.

Glamour’s Women of the Year festivities are just getting started! Tickets are now on sale for their 2019 Women of the Year summit and awards, held in New York on November 10 and 11. Find out more at glamourwoty.com.

Tags: Glamour , Mercedes-Benz , Empowered Women Empower Women , Laguna Seca , AMG Driving Academy , Holman Ranch , empowerment , cars, , racing , Mercedes , Glamour , Laguna Seca , AMG Driving Academy
Support Feminist Media!
During these troubling political times, independent feminist media is more vital than ever. If our bold, uncensored reporting on women’s issues is important to you, please consider making a donation of $5, $25, $50, or whatever you can afford, to protect and sustain BUST.com.
Thanks so much—we can’t spell BUST without U.