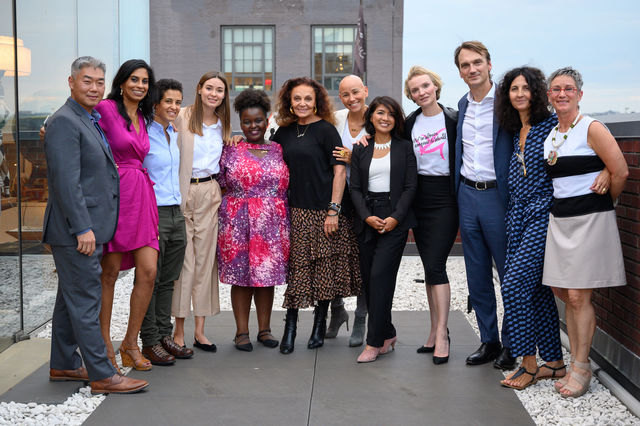 Just two years ago we spoke with Leah Lizarondo, co-founder of Food Rescue Hero, an app that redirects food that would’ve gone to landfills into the mouths of the hungry. To say it’s been an impressive couple of years for the organization would be an understatement. In 2017, Food Rescue Hero had saved nearly 2 million pounds of food and was operating in just one city—Pittsburgh. Since then, it has more than quadrupled the amount of food it's rescued and now reduces food insecurity in five additional locations—Cleveland, Philadelphia, San Francisco, northern Virginia, and very soon, Los Angeles. Their goal is to hit 100 cities by 2030.

On top of that, last week Lizarondo was not only invited to represent the U.S. and Western Europe during the UN General Assembly, but she also won a $20,000 grant for women entrepreneurs who are advancing the UN Sustainable Development Goals. We were thrilled and honored Lizarondo had a chance to catch up with us while she was in NYC. Here’s what she had to say about her experience attending UN events, her thoughts on climate changes, and her plans for that grant money. 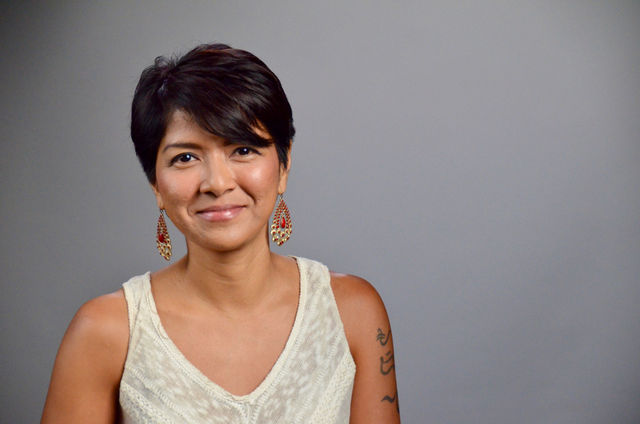 First of all, huge congratulations on winning the Diane von Furstenberg WE Empower Challenge. What will you do with the $20k grant? How does it feel to receive such an honor, and how does it feel to be part of such important events this week?

Thank you so much! The $20,000 grant is instrumental as we begin to create a pool of funds to enable smaller organizations in cities around the U.S. to adopt our technology. But beyond the funds, the platform that DVF has provided for women-led social impact organizations multiplies our network, catalyzing connections that help us achieve our goals to end food waste and positively impact hunger and climate change. What she is doing to raise up women is bringing visibility to solutions that will lead the way in achieving the UN's Sustainable Development Goals (SDGs). While world leaders arrive at agreements at the UN General Assembly, it is inspiring to be able to attend the events surrounding it because this is where the entrepreneurs and change-makers are talking about their work on the ground. While it is important for our political leaders to adopt policies that advance the SDGs, it is the thought leaders gathered here that are creating the innovations that make it happen.

We last spoke with you two summers ago. What new developments have you and Food Rescue Hero made? What do you hope the future looks like?

When we last spoke, I believe we just hit our 2 million pounds milestone and our technology was only available in Pittsburgh. Since then, we have spun off our technology platform so that we can support organizations in other cities to launch and scale food rescue. Our goal is to launch and scale food rescue in 100 cities by 2030, in support of SDG 2030. We are creating a global movement of food rescue heroes, making it possible for all of us to be part of the solution. Food Rescue Hero embodies tech for good—not only because it is technology developed to solve our biggest challenges, but also because it requires all of us to take part for it to succeed. That is what is revolutionary about it. In fact, it is a revolution.

How optimistic are you about climate change? Do you believe we can still make the changes necessary to protect humanity in the future?

Last week, I spoke at the first Project Drawdown conference. Drawdown research has shown the path to not only stop climate change but to reverse it. That is a provocative proposition, but their research gives us the map. Reducing food waste is the third most impactful way to reverse climate change, and we are doing our part to make this happen. Today, I was at the TED We the Future event and heard David Wallace Wells speak—he wrote The Uninhabitable Earth. It is a terrifying book. Humans have proven that we have the power to wreak immense havoc in one generation, which is horrifying. But we can think about it another way—we also have the power to change it. I do believe that, truly. At the core of it, that's what Food Rescue Hero believes in.

What kind of recommendations would you make to readers, in terms of how to take action?

Staying informed is the key. Having the privilege of attending all of these events around the UN General Assembly and Climate Week has educated me tremendously—and I thought I was already aware of it all. It reinforced that there is a big gap in information and education, and in awareness. Food waste is a visceral, real, everyday example and how we do our part is not only in the function of ensuring that good food does not feed landfills but instead goes to feeding people. By taking this action, we are creating a network of heroes and educated, hyperaware citizens who become catalysts for change.

Tags: climate change , food security , food rescue , 412 food rescue , food rescue hero , leah lizarondo , united nations , un general assembly , climate week
Support Feminist Media!
During these troubling political times, independent feminist media is more vital than ever. If our bold, uncensored reporting on women’s issues is important to you, please consider making a donation of $5, $25, $50, or whatever you can afford, to protect and sustain BUST.com.
Thanks so much—we can’t spell BUST without U.