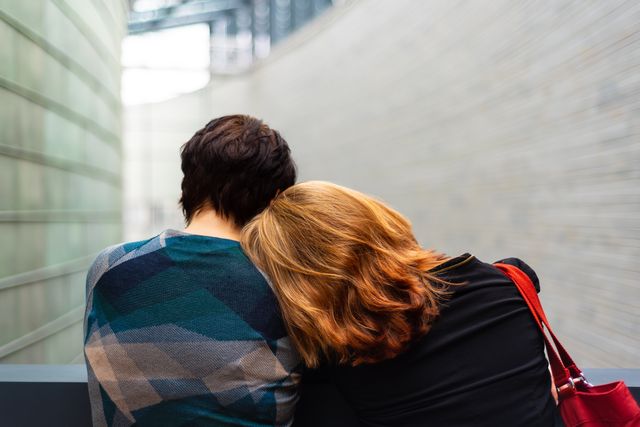 National Suicide Prevention Week is an annual week-long campaign created to inform and engage the public on suicide prevention and warning signs, as well as offer support to those who have attempted suicide and live with suicide ideation. Surrounding World Suicide Prevention Day, which was on September 10, this week brings together people and organizations that promote suicide prevention and awareness by sharing important stories and resources, all while aiming to break the stigma around the topic by encouraging the pursuit of mental health assistance.

According to the Trevor Project, suicide is the second leading cause of death among young people ages 10 to 24, and lesbian, gay, and bisexual youth are almost five times more likely to attempt suicide than their heterosexual peers. Also, the Human Rights Campaign’s annual 2018 LGBTQ Youth Report shows that about 77 percent of LGBTQ youth surveyed in that week felt down or depressed.

Many LGBTQ+ people experience harassment, family and peer rejection, and isolation, but these experiences are further exacerbated for queer women (especially queer/trans women of color) who regularly encounter sexual harassment, assault, and gender-based violence, and who often lack important safe spaces and resources because of their unique circumstances and social location. As a result, many LGBTQ+ women are disproportionately at-risk for chronic mental health struggles and suicidal ideation.

Known as the “global leader in LGBTQ healthcare,” the Callen-Lorde Center provides primary and sexual health care to women and transgender people, along with STD testing and treatment, sex-positive counseling, and a variety of mental health services, among many others. Its main 18th Street location has its own pharmacy and a health outreach program for teens (called HOTT) that is, according to its website, “designed specifically to meet the medical and mental health needs of LGBTQ adolescents and young adults ages 13 to 24, including homeless and unstably housed youth.”

Everyone is accepted, regardless of their ability to pay. All three locations, including one in the Bronx, accept multiple insurances, including Medicaid, and provide services on a sliding scale fee to those who are uninsured.

The Lesbian, Gay, Bisexual, and Transgender Community Center, known synonymously as The Center, is an organization focused on empowering LGBT members to lead healthy and successful lives. It offers health and wellness programs, livelihood and stability assistance (focused primarily on women, the transgender community, and LGBT youth), and much more. The Center hosts an array of events and activities every day that allow members to foster creativity, connect with the community, and learn of available services throughout New York.

If you’re looking for support, an abundance of resources, or an LGBT-friendly safe space in downtown Manhattan, The Center is a good place to start.

Identity House is a unique resource in that it’s an all-volunteer organization of LGBT people in New York City. Every Thursday, Saturday, and Sunday night, this non-profit center provides peer counseling and referral services for the LGBTQ community. According to its website, the peer counselors, unlike some kinds of therapists, “have the opportunity to share as equals” about their “personal experience so that the client knows there are others who have been through a similar situation.” In instances where someone needs additional support, Identity House offers three kinds of referrals: (1) therapist referrals; (2) short-term counseling; and (3) theme-centered groups. Theme-centered groups usually meet for eight weeks and are focused on sexual orientation, gender identity, and relationships, but new topics are frequently added based on interest. Past groups include bisexual and pansexual support, gender exploration, and transgender/nonbinary support.

No appointments are needed. Donations are accepted, but not required. No one is turned away for financial hardship.

The Trevor Project is a non-profit organization that provides suicide prevention support for young LGBTQ people. Founded in 1998, this nation-wide project aims to “end suicide among LGBTQ youth” by offering crisis services, life-affirming resources, education, and advocacy. Its Trevor Lifeline is the only 24-hour crisis and suicide prevention helpline for LGBTQ youth in the United States. Along with its free and confidential number and chatting services, the Trevor Project website provides easy access to suicide prevention training, volunteer opportunities, current LGBTQ research, and other helpful resources.

Some of its other life-saving resources include TrevorChat, a 24/7 confidential instant messaging service, and TrevorSpace, “an affirming international community for LGBTQ young people ages 13 to 24.”

On Depression, Stigma And Learning To Listen To Yourself

5 Things to Tell Yourself Instead Of “It Will Be Okay”

Safire R. Sostre is a freelance journalist. She writes reported profiles and news articles through the lenses of race, gender, identity, wellness and culture. Her work has been featured in BUST and Womanly Magazine.

Tags: national suicide prevention week , mental health , suicide awareness , resources , lgbtq , women
Support Feminist Media! During these troubling political times, independent feminist media is more vital than ever. If our bold, uncensored reporting on women’s issues is important to you, please consider making a donation of $5, $25, $50, or whatever you can afford, to protect and sustain BUST.com. Thanks so much—we can’t spell BUST without U.