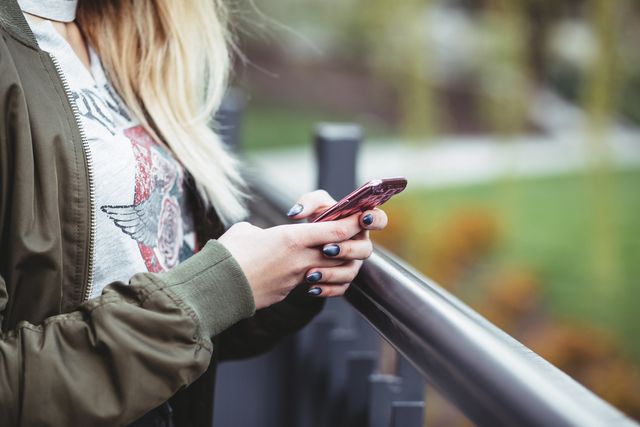 On Monday BuzzFeed released findings from UK advocacy group Privacy International, which looked at how period tracking apps shared data with Facebook. The group found that top offenders included the apps Maya by Plackal Tech and MIA by Mobapp Development Limited. The report also names My Period Tracker, Ovulation Calendar, and Mi Calendario as apps which alert Facebook whenever you open it.

Tech company’s lack of respect for user privacy has been widely documented. BUST has even reported on what happens when information about period cycles and pregnancies end up in malevolent hands. But what about the other data period apps collect?

According to Vox, the “femtech” industry is going to be worth $50 billion by 2025. In such a rapidly expanding industry, period tracking apps have transformed into much more than just count the days between your first and last period. Apps ask for information about moods, contraception use, and when a user has sex. Buzzfeed reports that even seemingly harmless information like mood tracking can prove useful to Facebook and its advertisers.

“Advertisers are often interested in people’s moods because it helps them strategically target ads to them at times they might be more likely to buy. And women who are pregnant or seeking to become pregnant are likely to change their shopping habits,” the article stated.

In her piece for Vox, writer Kaitlynn Tiffany outlines the ways that period apps are designed to benefit advertisers more than their menstruating customers. Tiffany emphasizes that capitalizing off users is inextricable from the simple act of a user inputting data, no matter how mundane the information is.

Quoting scholar and college professor Karen Levy’s article on “intimate surveillance” from the Iowa Law Review, Tiffany writes “ ‘The act of measurement is not neutral,’ Levy wrote. ‘Every technology of measurement and classification legitimates certain forms of knowledge and experience while rendering others invisible.’”

Facebook’s handling of data has been under scrutiny for years. In the 2016 election, digital consultancy firm Cambridge Analytica used data from Facebook users to better target political ads. CNET reported in late 2018 that hackers also stole the personal information of 29 million Facebook users. Users have even scrutinized the ads themselves, which, despite being based on personal information can sometimes be extremely off the mark. One woman in Britain called out Facebook for continuing to show her ads for baby products after she lost her child in a stillbirth. This carelessness is proof that not only is Facebook not entitled to personal information that may come from a period tracker, but that they are entirely unequipped to ethically handle the information they already have.

Photo by freestocks.org on Unsplash