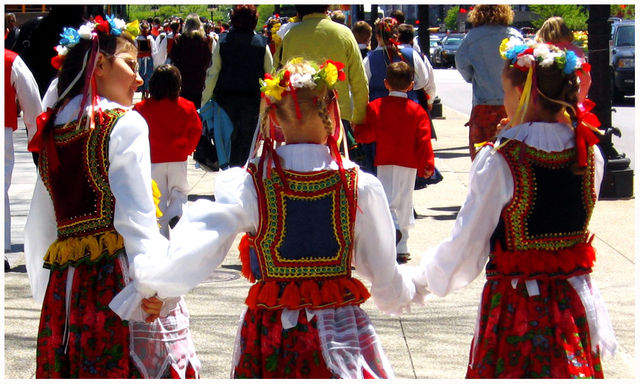 When a small village in Poland sent a team of all girls to a regional competition for young volunteer firefighters, the absence of boys caught the attention of the Polish media. Since then, scientists and camera crews have flocked to Miejsce Odrzanskie, Poland searching for answers as to why no boys have been born in the village for over 10 years, The New York Times reports.

Miejsce Odrzanskie, an agricultural community, lies on the edge of the smallest and least populated province in Poland. Reasons for the population’s highly unusual gender gap remain unknown, with many residents crediting pure coincidence for the 12 births of baby girls since the last boy was born. However a drastic decline in population overall, since World War II, sheds some light on the irregularity.

The village had approximately 1,200 people after World War II. Now, the population has dwindled to 272. Additionally, the collapse of Communism in 1989 coupled with the country’s integration with the European Union in 2004, has resulted in a large number of Poles emigrating to more populated areas in Europe. In an interview with The New York Times, Mayor Krystyna Zydziak notes that every family here has a member living abroad. “Some villagers are concerned who will fill the farming jobs in the future,” she continues. But for now, the many young girls and women who work in the fields can alleviate those concerns. 20-year-old Adrianna Pieruszka works in her parents’ wheat fields, driving a tractor, during her summer break. Nevertheless, interests in farming are surpassed by her passion for the local fire department.

The volunteer fire department has become somewhat of a social hub, as there are no restaurants, coffee shops or even a supermarket in the village. A youth fire brigade formed in 2013 after a group of girls asked professional firefighter, Tomasz Golasz, to train them for a competition. Now, six years later, the team has won dozens of major competitions around Poland. Golasz tells The New York Times, “These girls live and breathe it. There is so much passion and determination. For two months before every competition, they come to train every day or every other day after school.”

While the decade-long absence of boy deliveries continues to perplex scientists and the general public, most of the girls don’t mind. 10-year-old Malwina Kicler, who has spent almost 3 years training to be a volunteer firefighter, explains to The New York Times, “Boys are noisy and naughty. At lease now we have peace and quiet. You can always meet them somewhere else.” Touché.

Safe Spaces On The Open Road: Why More Women Are Embracing #VanLife

Tags: Poland , firefighter , village , WWII , girls
Support Feminist Media!
During these troubling political times, independent feminist media is more vital than ever. If our bold, uncensored reporting on women’s issues is important to you, please consider making a donation of $5, $25, $50, or whatever you can afford, to protect and sustain BUST.com.
Thanks so much—we can’t spell BUST without U.