Warren Has Pulled In More Donations Than Any Other Grassroots Campaign, Outstripping Sanders 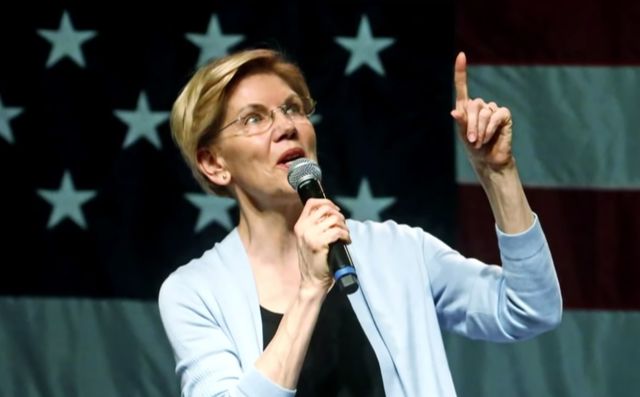 Elizabeth Warren has raked in $19.1 million in 3 months. The Massachusetts Senator's fundraising figures now place her third among Democratic candidates.

That means Warren’s campaign has raised more than Sanders ($18 million) and significantly more than Harris ($12 million). While Biden and Buttigieg’s teams have released higher numbers—$21.5 and $24.8 respectively—they rely on wealthy donors. And both Biden and Buttigieg have dedicated significant portions of time to making appearances at fundraisers across the US.

By contrast, Warren pledged to forego high-dollar donors as part of her critique of corrupt campaign practices. She’s publicly stated she will arrange zero meetings with big donors during primary season.

And Warren’s sticking to her promise to avoid big donors. Since 2013, more than 55% of Warren’s funds have come from small individual contributions ($200 or less), and during this past spring quarter the average donation Warren received was $28, according to her campaign manager Roger Lau.

At this point, Warren’s funding surpasses that of any other grassroots campaign in the 2020 field, and it’s landed her in the top bracket of candidates. She’s proving that her policy-focused approach is effectively driving donations. “I have a plan for that” has become Warren’s catchphrase. And her surge in donations accompanies a rise in polls too. Warren seems to be developing a powerful rapport with voters: she’s even calling individual donators to thank them (you can follow the Twitter thread).

But when Warren first announced her commitment to grassroots fundraising, she stirred up doubts. We knew Sanders could make it work—he framed his campaign branding around small donations in 2016. But would Warren be able to rouse that kind of support? Now we know she can.

Harris And Warren Rise In Polls, But Remain Behind Biden And Sanders