10 Mystics On Their Summer Solstice Plans 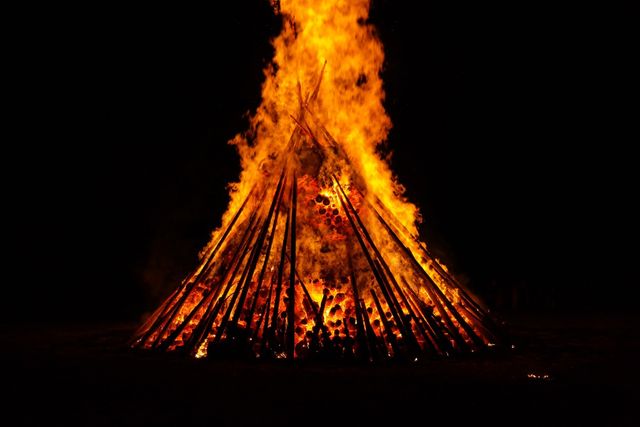 June 21’s Summer Solstice not only brings a change of season, but also serves as the longest day of the year. With that comes a super intense magical energy. Also known as Midsummer and the pagan holiday of Litha, the Summer Solstice is one of four solar holidays (the Spring Equinox, the Autumn Equinox, and the Winter Solstice are the others) that activate all the potent unseen magical energies on Earth, unlocking the mystical gates between worlds. During the Summer Solstice we celebrate life and light. We honor the Sun’s gifts to us, we dance, we listen to music, and we embrace all the merriments of life with friends. We spoke with 10 mystics to hear what they’re planning on doing to make the most out of this special day.

“The word 'solstice' is derived from the Latin words 'sol' for sun and 'sistere' which means 'standing still,' and it is used to describe the two times of year when the sun appears to be suspended, unmoving in the sky. Because of this, I generally like to observe the solstices by hitting the pause button and taking time to go outside, light candles, celebrate, and contemplate. This year for Summer Solstice, however, I'll be standing in one spot in a different way, as I'll be giving a talk at The Strand about the symbol of the witch. It will be indoors, but hopefully it will still be illuminating!"

—Pam Grossman, author of Waking the Witch: Reflections on Magic, Women, and Power

“I personally find the Summer Solstice to be one of the most powerful. It has existed in my culture since ancient times and is still ceremonially observed to this day at the pyramids of Chichen Itza, Mexico. To tap into this sacred day I will be burning copal, pouring out some smoky Mezcal to honor the earth, and drumming for the ancestors to give them strength and ask for their blessings. I’ll be creating an outdoor altar filled with fiery orange roses, gold candles, and setting out offerings of pineapple, oranges, and fresh rosemary to draw in the suns energy of happiness, good health, and success.”

“This year for the Summer Solstice, I will be in LA teaching my Color Magic workshop at The Energetic Residency in Santa Monica. After class, I’m going to spend some time at the beach reflecting by the ocean. It’s my favorite place to go to reset and celebrate a new turn of the Wheel of the Year. The solstice provides an ideal energy for love magic so, if you see me by the Pacific Ocean with red and pink candles, you’ll know exactly what I’m up to!”

“I’m very exited to be traveling to Salem for my very first visit on the Solstice. I plan to check out Hauswitch and The Caldron Black and I scheduled a reading with Lori Bruno at Magika because she is my idol! For ritual I am packing a small Neptune kit to work in my Airbnb and I’m going to keep it simple.”

“On Summer Solstice, I usually perform a small ritual (to honor solar magick) by lighting a yellow or gold candle and adorning my alter with pyrite crystals. On the surrounding days, I try to be mindful of my energy levels, eat well, and soak in some rays while charging up my solar plexus. I use this seasonal shift to honor my masculine energies and motivate myself to work hard towards my goals (summer is all about work!).”

“I’m celebrating the Solstice with a bouquet of sunflowers and an evening spent prepping  my costume for Coney Island’s Mermaid Parade the next day! My favorite solstice tradition!”

“Being a Taurus Rising with Leo Sun, this time of year is my jam. My Summer Solstice tends to be lighter and more spacious, less heavy on the rituals and more about movement – embracing the physicality of the elements and giving gratitude for the sun's nourishment by being outdoors as much as possible. In my home, I pull out all crystals to bask in the indirect solar glow, bring the outdoors in with flowers, leafy sprigs, garden vegetables, and leave the windows/doors open during meals and meditation in particular.”

“During Midsummer, I’ll take the first harvest from my garden and put it to good use in making medicine and magic. The mugwort is about to burst and she’s the real reason for the season to me. There’s so much lore and enchantment around Artemisia and the Summer solstice, it’s a great opportunity to deep dive with her and explore all that mugwort has to offer. Listening to a favorite summer playlist while working Solar rites to clean off and clear the way for success until the next solstice swings on by are also part of my lowkey Midsummer jam.”

“This Summer Solstice I’ll be hosting a high vibe gathering in which we’ll dance, create, set intentions and release. For me, the Solstice is a time of renewal and all about celebrating the heavens and earth.”

“Solstice is a time of strength, ritual, fertility, and abundance.  Living in Mallorca, I will be celebrating Summer Solstice in conjunction with the ‘night of Sant Joan’ and joining in the with the rituals of the island. The beaches will be illuminated with fire torches and the locals play music and dance with family and friends throughout the night, then everyone goes for a swim right at midnight as it is believed that this is preserving health and wellness.”

6 Ways To Celebrate The Summer Solstice

Let's Celebrate the Summer Solstice and Honor Its Goddesses