Details
BY Rebekah Hall
IN Living
Published: 02 May 2019 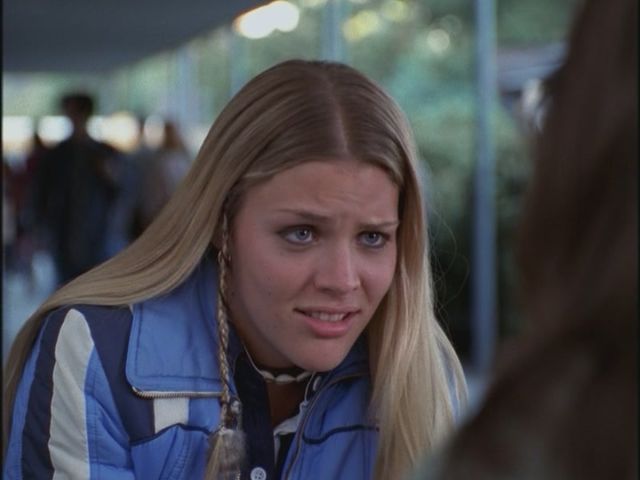 If you were to ask 12-year-old me who I most admired in the world, the answer would be simple: 16-year-old girls.

As a tender tween, my fervent, obsessive admiration for “older girls” was rooted in my desire to be them. I didn’t just want to look like them, though I did envy their low-rise jeans and stick-straight hair with frightening intensity. I wanted to know what I imagined they knew. In my mind, there was nothing more intimate, more coveted, or more inaccessible than what these girls talked about when they were alone with each other.

These girls were people I knew and didn’t know: neighbors, family friends, girls a few years ahead of me in my church’s youth group, a woman in her early 20s with a tongue piercing whom I was blissfully happy to be seated next to on a plane. They were in middle school when I was finishing fifth grade; they were in high school when I was growing my hair out in middle school. They were freshmen in college when I was finishing my junior year of high school. They were women who knew where they were going and what they were doing while I nervously navigated the first few months on my university campus.

Once, when I was 11, while at the house of some family friends, I went into the bedroom of a 15-year-old girl while she wasn’t there — a space I considered so sacred and forbidden that robbing a bank would have felt like lower stakes. I didn’t touch a single thing for fear of being found out. I just stood in the middle of the room and turned in a slow circle, trying to drink in what I saw around me. I looked at her clothes on the ground and in her hodgepodge of a closet, hangers sticking out at odd angles like plastic elbows. I looked at the makeup and notes and receipts and trash and schoolwork and jewelry and CDs and picture frames scattered across the surfaces in the small room.

The mess itself felt grown-up to me. I saw it as a collage, stacked with layers of experience that her age had given her, knowledge I couldn’t imbue simply by asking for it. I felt like I wanted to consume what she knew about being a girl in the world, about how to speak up in a room full of people, about how to make boys laugh. The glamour was in what I perceived to be hidden from me. I could see hints of that knowledge peeking from around the eyes of older girls, around the edges of the conversations I eavesdropped on, lining the hands I saw them place on the upper arms of boys — I saw it there, this thing I couldn’t know. I wanted to tease the truth out of them, I wanted to be trusted with their secrets, I wanted to know what was important to them and why. I wanted to hear the things older girls said to each other when they whispered.

Even when I grew, stumbling, into teenage girlhood myself, the enigmatic coolness of girls who came before me remained just out of reach. When I was anxiously learning to drive, they were piled into SUVs and expertly whipping around my hometown, blasting music and laughing loudly at stoplights before racing away. I wanted to know where they were going, where the freedom they seemed to radiate was taking them.

And then, all at once and after all, I was one of them.

That’s not to say I’ve transcended the desire to know what I imagine women just ahead of me know; I don’t think this yearning will ever go away. But at one point, I was able to recognize that I, too, was being looked towards as a source of this knowledge by girls younger than me. I could see that I knew a few things, had done a few things, had awakened to some truths they weren’t aware of quite yet.

I know what it felt like to be 19, moving into my first college apartment and navigating more difficult classes. I know what it feels like to be 24 and to be living with my partner. I often imagine our life with children, with a mortgage, with more responsibilities at my job. It’s a question I return to endlessly: What will it feel like to be me, then?

But I think the desire to know is part of what it means to grow up. And recognizing what you do know is the realization that you’ve grown. When I think about women I admire now, there’s not the crippling intimidation I felt at age 13. There’s respect, and thankfully, there’s patience for myself — patience with the rate at which I’m growing, learning and changing. This patience feels like forgiveness, too: it’s retroactive grace granted to my younger self for doing the best she could with what she had.

And there’s acceptance, hard-won, of the fact that I can’t know it all. What I do know is that joy can be found in the not-knowing, in the unique deliciousness of a rite of passage reached.  But in a glittering, dressing-room lit cavern in my heart, young me is still there, craving a look behind the beaded curtain of a teenage girl’s bedroom and into a world where independence began.

Rebekah Hall is a journalist living and writing in Little Rock, Arkansas, where she's associate editor at the Arkansas Times. Follow her on Instagram @beknasty, or follow her writing on hallrebekah.com.