Details
BY Mimi Matthews
IN Living
Published: 01 May 2019 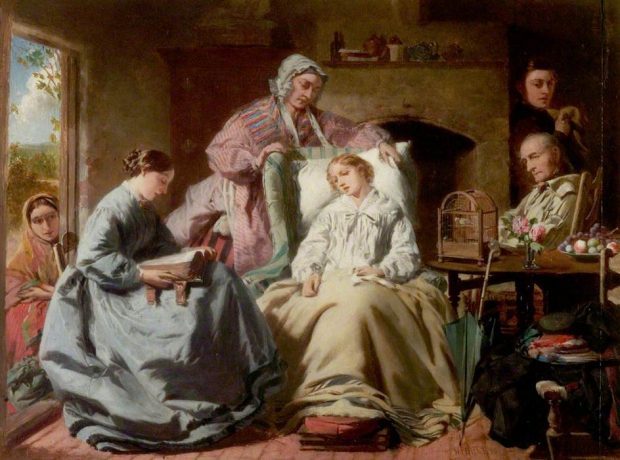 “The abrupt violation of the decencies of social existence is one of the most annoying consequences of coughing and sneezing.” -Western Journal of Medicine and Surgery, 1844.

The cold that’s going around this season is intense. As of today, I’ve had it for two weeks. Between the coughing, congestion, and laryngitis, it’s been difficult to function. One wonders how our nineteenth century forbears managed in similar circumstances. Did they take to their beds and slowly succumb? Or were there plasters and potions to help them through it? In fact, Victorians had a multitude of (sometimes questionable) medicinals at their disposal.

For most of the era, a mustard plaster was the gold standard for treating a cough and cold. At full strength, it was little more than a mixture of ground mustard and warm water. As Dr. John Comfort explains in his 1853 publication on The Practice of Medicine on Thomsonian Principles:

“A simple mustard plaster may be prepared by mixing ground mustard and warm water to form a proper consistency for a plaster. If it is desired to weaken the plaster, wheat or rye flour may be added.”

Once mixed to a paste, the mustard plaster was applied to either the chest or the back. According to the 1892 edition of the International Medical Annual and Practitioner’s Index:

“A freshly-prepared mustard plaster measuring about 9 inches by 6 is to be applied daily and left on the whole night, or even for twenty-four hours.” 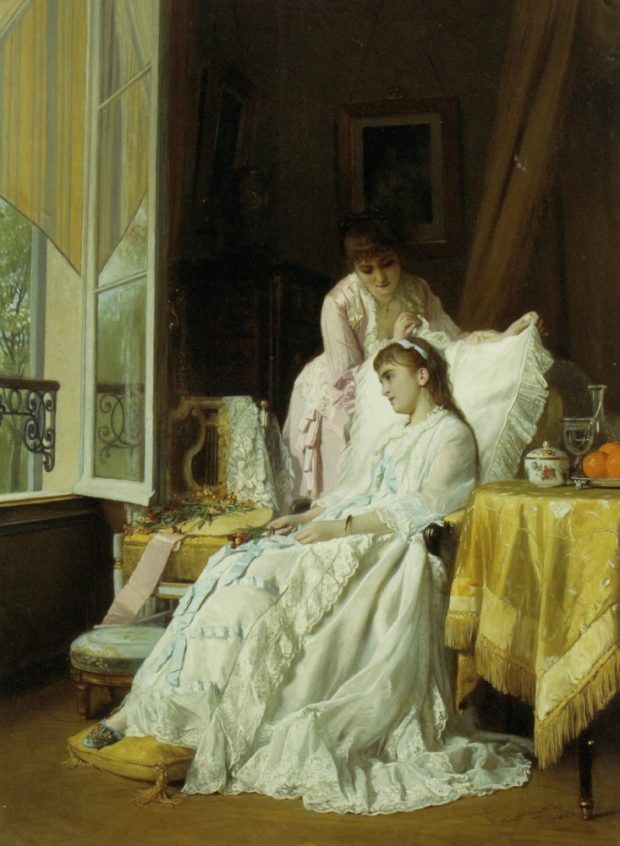 The Convalescent by Charles Baugniet, 1880.

In children, or adults with sensitive skin, prolonged application of a mustard plaster could cause blistering. To combat this, most Victorian practitioners advised leaving the plaster on for no more than twenty to thirty minutes. Alternating the application between chest and back was also recommended, as was the use of cloth as a barrier between the plaster and the skin. In his 1852 Dictionary of Domestic Medicine and Household Surgery, Dr. Spencer Thomson states:

“It is well to interpose a piece of thin gauze or muslin between the mustard and the skin; this does not in any way interfere with the action of the application, and prevents portions of the mustard adhering to the skin, and irritating it, after the removal of the cataplasm.” 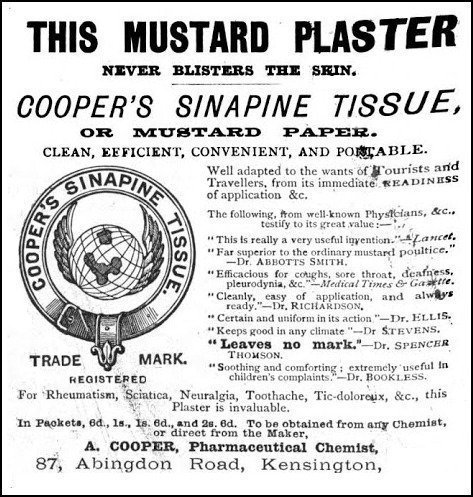 For many patients, the mustard plaster alone wasn’t enough to alleviate a cough and congestion. In these cases, doctors often prescribed special teas or syrups (*see my post on Tea and Sympathy). Dr. Comfort recommended “pepper tea” or a syrup comprised of “equal portions lobelia powder, powdered licorice root, finely pulverized skunk cabbage root, and sugar.” For coughs of long standing, vegetable balsams—specifically garlic or onion syrup—were considered to be especially beneficial. According to Dr. Comfort:

“To make Garlic Syrup, mash the garlic, add warm water, and allow it to stand half an hour, but not heated; then squeeze through a cloth and add sugar. Onion syrup may be made in the same way as the garlic syrup. These syrups are well adapted to cases of long-continued cough in children, hystericky females, chronic bronchitis, whooping-cough, and in consumption.”

For more persistent coughs, there were even stronger remedies. The 1886 Family Physician recommends solutions of morphia or tinctures of belladonna. As the manual states:

“A drachm of tincture of belladonna is to be added to an eight-ounce bottle of water, and of this a tea-spoonful may be taken every two hours, with an additional dose when the cough is very troublesome.” 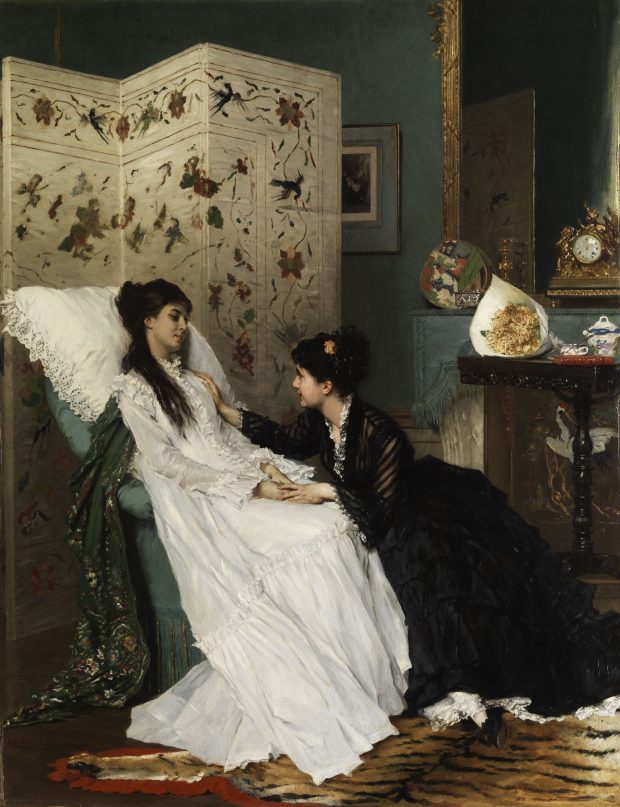 If a cough was truly severe, the Victorian doctor might even prescribe a dose of chloroform or nitric acid. According to the Family Physician:

“Chloroform, used as an inhalation, is useful in many kinds of spasmodic cough. Ten drops should be dropped into the palm of the hand, and the vapour quietly inhaled.”

Today, cough syrup with codeine has come to replace tinctures of belladonna and sniffs of chloroform, but as I write this—coughing and sniffling—I can’t say that we’re much better off than our nineteenth century ancestors. There’s still no reliable cure for the common cold. At least, not that I’ve found. What about you?

Tags: Victorian , common cold
Support Feminist Media!
During these troubling political times, independent feminist media is more vital than ever. If our bold, uncensored reporting on women’s issues is important to you, please consider making a donation of $5, $25, $50, or whatever you can afford, to protect and sustain BUST.com.
Thanks so much—we can’t spell BUST without U.