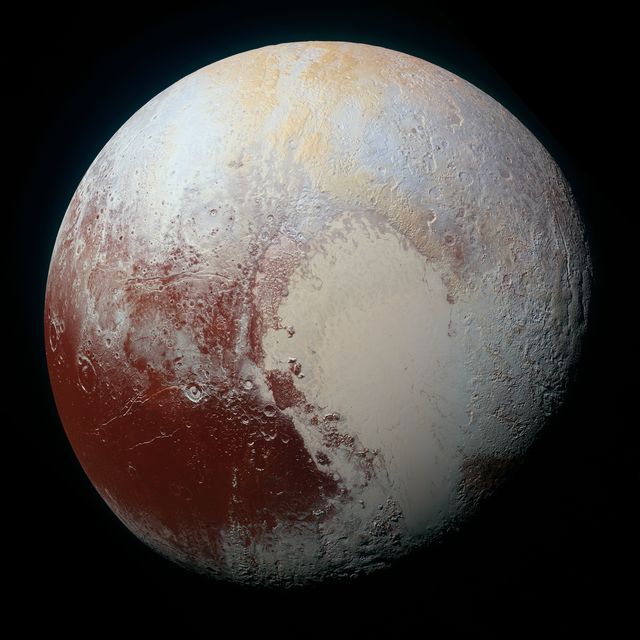 From April 24th until October 2nd, metamorphic planet Pluto will be moonwalking backwards in the sign of Capricorn. Pluto entered the pre-retrograde zone on January 1st and will exit its post-retrograde degrees on January 23rd, 2020. We are retracing our steps along the path of personal evolution, transformation, and even interpersonal relationships.

It’s important to note, that most of us have Pluto retrograde in our natal charts. As Astrologer and Host of “Ghost of a Podcast,” Jessica Lanyadoo, states, “All Retrogrades are not equal! As people start to learn about astrology they quickly figure out how annoying Mercury Retrograde can be, and it's not long before they looking at all of the planet's Rx movements. The outer planets (those are the slower moving planets: Saturn, Uranus, Neptune, and Pluto) spend about half the year, every year, in Retrograde. The Retrogrades are a normal part of their cycle through any given sign, and is not something to worry about  unless it's hitting a specific point in your birth chart.” While we may be freaking out about this retrograde transit, keep in mind that it’s very common. You may be working with the energy already and not even know it. Astrologer and Tarot Reader Caitlin McGarry adds, “Control and feelings around power will be a theme that we all will be exploring along with our deepest fears and insecurities.  We all will be building a new foundation, be ready to make some much-needed sacrifices.”

Pluto is the culprit who kidnapped his bride Persephone to rule the Underworld with him. Persephone’s mother, Ceres, had a long search for her daughter until she discovered that she was in the Underworld. Upon finding Persephone, Zeus decided she split her time between the Underworld (with her husband) and on Earth (with her mother). This is why we associate Pluto with triangular situations, as there are three parties involved in Pluto’s love affair with his bride. Triangular situations do not necessarily have to be a third party—it can be work or addiction that comes between you and the person of your desires, or even an unavailable conquest. When Pluto moonwalks backwards, we take time to re-evaluate such relationships and decide if that is a wise investment of time.

Another way which Pluto retrograde can affect our lives is through understanding abuses of power in our lives or in society as a whole. The last time Pluto retrograde occurred was 2018, at the height of the #MeToo Movement (which officially started on October 5th, 2017, however, we began to see changes around office politics in 2018), Facebook was under investigation for selling personal data of their users, the net neutrality debate came full circle from a previous ruling in 2015, the citizens of Puerto Rico struggled to get food and electrical power from government owned companies after Hurricane Maria, North Korea and the United States ended their nuclear battle, and, who could forget, Dr. Christine Blasey Ford’s brave testimonial against her perpetrator in front of the whole world. Pluto, by itself, aims to control and manipulate. But, when in retrograde motion, it rethinks the power, constraints, and authority that hold us back personally, culturally, and as a society at large.

Astrologer Jake Register states, “I think it’s really going to bite people in the ass if they’re in any way a liar, manipulator, or an abusive person, and they’re going to have to relinquish the strong grip they have over others. For the people who are victims  of controlling relationships, this transit can fortify them and grant them assistance to help them break away from whoever is restricting them. For those that are struggling with addiction or relying on others in order to get by, Pluto retrograde can help them rise above and live independently if they’re willing to show up and do the work! In my opinion, retrogrades (especially Pluto’s, and Saturn’s retrograde which coincide with each other this year) are times where things feel fated, and this is a time of karmic retribution. This retrograde is especially heavy, but I firmly believe that it has potential to a lot of good even if it feels chaotic or hectic at times.”

This time around, we can expect many changes and revisions to occur within such structures. Astrologer and President of the  Association for Young Astrologers, Danny Larkin, states, “Pluto retrogrades every year. But it’s more intense this year because Pluto is so close to the nodes and to Saturn. Starting new projects will feel scarier and harder this year than last year. Here’s how to get through - break projects down into a bearable tedious tasks that can be done in one day (Saturn in Capricorn) and create a special ritual you do at night at home to recharge and release at the end of the day (north node in cancer). That will help to shrink the unrealistic fears so you can start new patterns this year.”

One thing is certain...there will be a reckoning, rebellion, and necessary growth in the air until next year. It’s  important to break down and rethink old outdated views and fight against those who aim to hold us back in order for progress to exist.

11 Mystical Items To Treat Yourself To This Spring