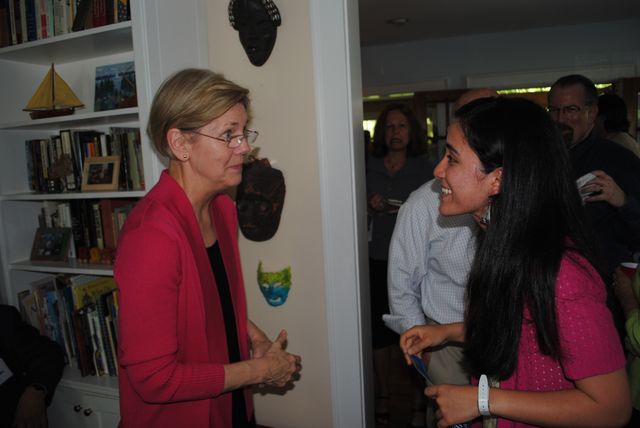 If Elizabeth Warren wins the 2020 Election, college students and those carrying student debt will rejoice everywhere.

On Monday, the Massachusetts senator announced her plan to use her wealth tax to wipe out most student loan debt, and eliminate tuition for all public two and four year colleges (an idea initially introduced by Bernie Sanders during the 2016 election). Her plan would also create a fund of at least $50 billion for historically black colleges and universities.

According to CNBC, the Democratic presidential candidate would spend $1.25 trillion over 10 years to eliminate up to $50,000 in student debt for those with household incomes under $100,000. She would also implement states to make public colleges tuition-free, and would further spend $100 billion on expanded Pell grants to pay more non-tuition expenses.

So where would this money come from? Warren proposes a 2 percent annual tax for folks exceeding a households worth more than $50 million, with an additional 1 percent on wealth for households exceeding $1 billion.

On Monday, Warren posted a blog on Medium, saying: “The first step to addressing the student debt crisis is to deal with the outstanding debt that's weighing down millions of families. My plan for broad student debt cancellation would cancel debt for more than 95% of the 45 million Americans with student loan debt. Join our fight.”

If this were to come into fruition, the 45 million Americans affected by student debt would be able to have 75 percent of their debt wiped out entirely. Warren argues that with this proposed tax, folks would be able to improve their credit scores as well as home buying.

As of now, Warren is falling behind in fundraising and national polls, coming in behind the Democratic candidates Senator Bernie Sanders, former Representative Beto O’Rourke, and Senator Kamala Harris.

In an economic analysis of the plan, findings show that Warren’s proposal would also reduce the racial wealth gap.

“Gains to net worth for households of color would be meaningful under the policy,” the authors write, adding that median wealth would rise by $6,741 for black households and $3,280 for Latino households.

Warren continued in her blog post: “College shouldn’t just be a privilege for those who can afford to take on the significant expenses associated with higher education," she wrote. "Like K-12 education, college is a basic need that should be available for free to everyone who wants to go.”

Everyone Running (And Considering Running) For President So Far