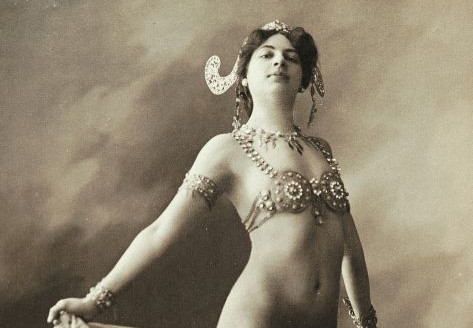 Mata Hari’s life has blockbuster written all over it. Honestly, it’s Oscar bait at its finest:

A SMALL TOWN GIRL FINDS INTERNATIONAL FAME AS AN EXOTIC DANCER AT THE TURN OF THE 20TH CENTURY. SHE TAKES LOVERS FROM ACROSS EUROPE AND IS PRIVY TO SECRETS OF GLOBAL SUPERPOWERS.

BUT HER GLITTERING WORLD COMES CRASHING DOWN WHEN SHE IS DISCOVERED TO BE A GERMAN SPY. SHE IS CAPTURED, IMPRISONED, AND TAKES HER FINAL BOW IN FRONT OF A FIRING SQUAD IN A SMALL CORNER OF FRANCE.

It’s Hollywood gold dust! A blockbuster biopic in the making (seriously, someone give Baz Luhrmann a call), but is it actually true?

ERRR, KINDA, BUT NO.

Born Margaretha Geertruida Zelle in 1876, Mata was raised in the Netherlands. Her dad made some incredibly canny investments which allowed Mata and her siblings a very comfortable and happy childhood. Everything was great!

…and then her dad lost all his money, and a year later Mata’s mom died.

Things were already pretty shit when Mata’s dad decided to reveal himself as the literal worst. As soon as the funeral was over, he shrugged off his old family and started a new one, sending Mata far away to live with a godfather she barely knew. At just 15, Mata was on her own.

But she picked herself up and decided to take on a profession: training to be a teacher.

Unfortunately, when it rains it pours, and the headteacher of her school had a thing for teenage Mata and he wasn’t taking no for an answer. The ‘affair’ was quickly discovered. The headmaster kept his job (naturally) and a shamed Mata was sent packing, returning to her severely pissed-off godfather.

Okay, so the job hadn’t panned out, but work wasn’t the only thing that could get a girl money and the hell out of dodge. So Mata turned to the Lonely Hearts pages.

Aged 18, Mata married Rudolph “John” MacLeod, an officer in the East Indies Army twice her age—who was also almost constantly drunk. I think you’ve probably guessed after that description, but Rudolph was a notorious dick. 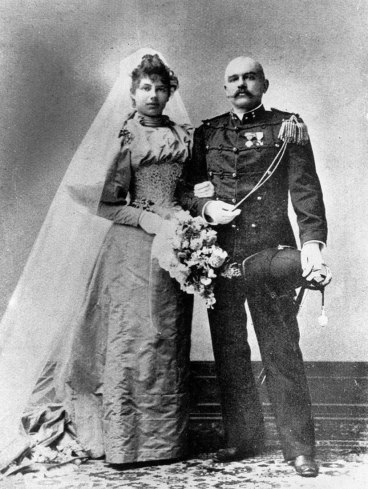 Rudolph was jealous (despite constantly sleeping with anything that moved) and an all-around abusive drunk who regularly beat his wife. Despite these numerous issues, the couple had two children, Norman and Non, and the whole family moved to Indonesia where Rudolph was now based.

As with everything until this point…tragedy soon struck.

Seriously, it's going to be a never-ending stream of shit. via Giphy.

In 1899, Mata awoke one night to the sound of screams. Immediately, she ran to check on her children, only to find both Norman and Non convulsing in intense pain. A doctor was called, but it was to late for Mata’s eldest: two-year-old Norman died in front of her.

The cause of Norman’s death was shrouded in mystery. Locals theorized that the boy had been poisoned either by a soldier that Rudolph had ruthlessly beaten or by the child’s own nanny (who Rudolph endlessly harassed). A more modern theory is that the children were being treated for syphilis (caught from dear daddy Rudolph) and were accidentally given an overdose of medication. 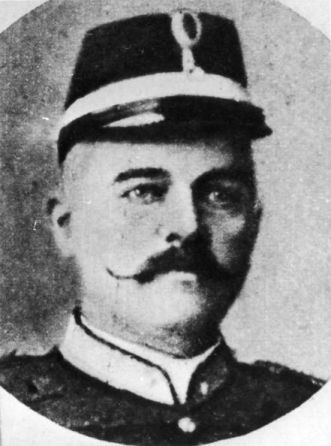 It always comes back to Rudolph.

The couple was barely hanging on by a thread and just couldn’t continue after Norman’s death. Rudolph drank even more and blamed his wife for their son’s death. Mata descended into a deep depression, struggling just to get through each day. Yet somehow, she clawed her way back to life and found the strength to finally leave her husband.

Don't get too excited, it's all about to go to shit again. via Giphy

But Rudolph wasn’t done being a monumental asshat just yet! Mata had custody of Non, but (of course) Rudolph wasn’t paying his half in full. This was pretty shitty behavior, escalated dramatically when Rudolph never returned Non after a scheduled visit.

Mata didn’t have the connections or funds (after all, she’d essentially been a single mum) to fight for her daughter. Worse, when she confronted Rudolph, he came at her with a bread knife; Mata narrowly escaped the encounter with her life.

It was one knock too many and Mata lost her will to fight. So she gave up. Hoping that Rudolph would do right by their daughter, Mata did what felt like the only option left to her – she ran away.

‘I THOUGHT ALL WOMEN WHO RAN AWAY FROM THEIR HUSBANDS WENT TO PARIS.’

Surrounded by the glittering lights of Paris, Mata worked to reinvent herself. She joined the circus, entertaining the masses as a horse rider. With the circus not paying much, Mata needed to earn extra to support herself, so she made up the rest by posing as an artists’ model and dancing on the side.

And it was this dancing that would be her making.

When asked, she told audiences that when she’d lived in Indonesia, she had trained with local dancers, and it was these ‘exotic’ moves she bought to Paris. 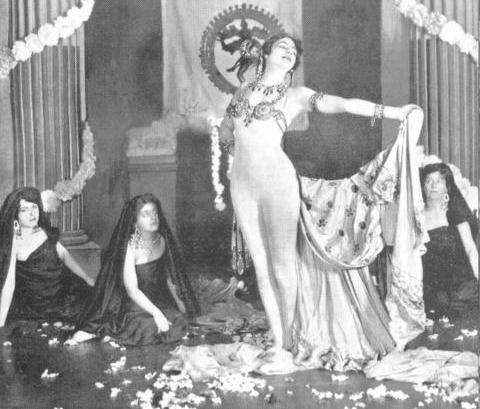 Mata Hari was born and Margaretha Geertruida Zelle was all but dead.

Mata was a princess of noble Indian birth, raised in Indonesia and trained from childhood in the ancient art of dance. Her near-naked dances weren’t for titalation – they were sacred religious acts.

Now, this is obviously entirely horseshit concocted by Magaretha. But damn, it sold tickets!

Soon Mata was an independently wealthy woman, a huge achievement in this period.

With money came men. Dazzled by Mata’s beauty and mystery, Europe’s most powerful men flocked to her side. With the ability to speak multiple languages, as well as a fast wit and ambitious streak, Mata had her pick.

She chose military men. Girl apparently had a type. 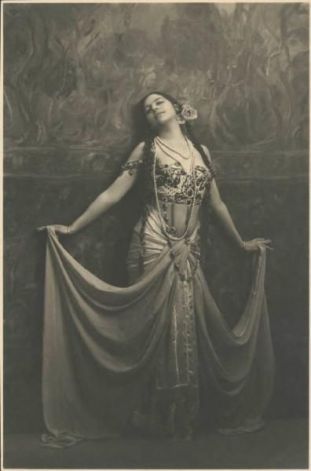 As WW1 dawned, Mata was reaching her late thirties. With younger imitators snapping at her heels, she slowed down on the dancing and instead supported herself as a courtesan, sleeping with some of Europe’s military mights.

She hopped from country to country, living a lavish strings-free life. But when wartime hit, this had to change.

WELL….IT SHOULD HAVE CHANGED.

Mata continued flitting from country to country (thanks to her neutral Netherlands passport). She slept with high ups from across Europe, no matter what side they fell on.

Now I think we can all agree: this was not a smart plan.

Okay, now here’s the thing: this next part is a bit of a clusterfuck. See, some historians think Mata was a spy, some don’t, and some think she was passing on information on the odd occasion but wasn’t a spy.

See what I mean…clusterfuck. So let’s just focus on the concrete facts here!

In 1916 Mata was detained during a jaunt to London and taken to Scotland Yard for questioning. The British had been tipped off by French Authorities that Mata was a German spy, an accusation she refuted under interrogation. 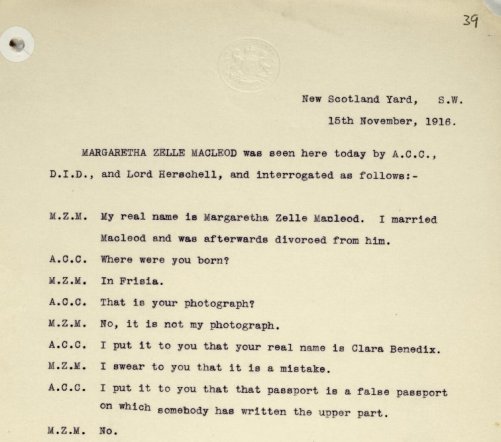 Extract from Mata Hari’s interrogation (released in 2016. You can find the whole thing in the National Archives.)

But Britain and France weren’t convinced and at such a delicate time in global politics, these weren’t exactly people you wanted gunning for you. Though not concrete, there was anecdotal evidence to support the spy theory.

In 1914 the Germans supposedly offered Mata money in return for secrets of those she bedded, and the French had put forward a similar offer.

So was Mata a spy? A double agent? Just trying to see what she could get?

Who knows at this point? There are so many different theories and strings to keep track of!

So with the spy theory still hanging over her, Mata was released from Scotland Yard.

The heat was too much and Europe’s political powerhouses from all sides were keen to get their hands clean of the embarrassing tangled web that had become Mata Hari.

The French intercepted a (almost definitely purposefully leaked) German message detailing the actions of spy H21. The French figured this spy was Mara Hari and so, on February 13, 1917, French officers marched into her Paris hotel room and arrested her.

‘I AM INNOCENT….SOMEONE IS FOOLING ME.’

Mata Hari’s trial was, at best, a joke. At worst, a formal slut-shaming exercise.

Mata admitted to taking German funds to spy, but argued that she hadn’t actually carried out these acts. She just took the money.

The French weren’t having this and claimed that her actions directly resulted in the deaths of up to 50,000 men.

I think it’s worth noting here that at this point the war was not going well for the French. They were suffering massive losses and their men were turning against them.

The French needed a fall guy. So they created the ultimate villainess. 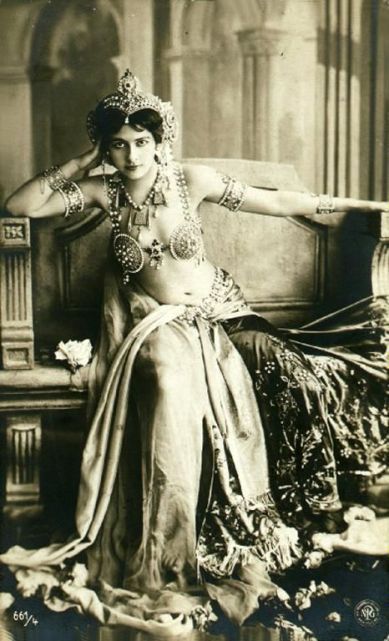 Not only was Mara Hari on trial for spying, but her lifestyle was on trial. Her accusers claimed she regularly bathed in milk at a time when there wasn’t enough for French children to drink. Her bed-hopping and sensual dancing proved her lack of morals, which itself was proof she would be happy to spy.

There was never going to be a good outcome of this for Mata. And there wasn’t: she was sentenced to death. 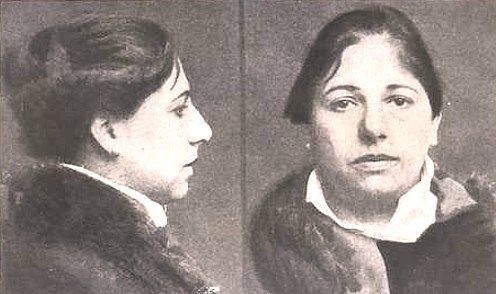 Picture of Mata Hari whilst incarcerated.

On October 15, 1917, Mata Hari woke at dawn in a small corner of France. She wrote two letters; one to her daughter Non. Then, she dressed and was led outside to where a firing squad were waiting.

Mata refused a blindfold and stood unbound, staring directly at her executioners. Shots were fired and she fell. Her final curtain call.

Mata Hari’s story is one that shows just how easily manipulated history can be.

Once held up as an example of loose morals and villainy, documents released to tie in with the WW1 centennial show a very different story, one that is still being pieced together.

But this isn’t Hollywood. Mata Hari wasn’t a master spy. She was just a person who had flaws and made some really shitty choices—ones that she paid the ultimate price for.