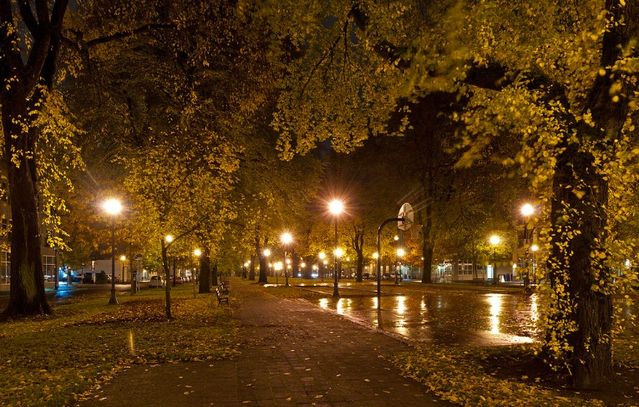 “I thought we were on a date,” I heard myself mutter to her. And then I knew that much like Alli of yore, Alli of today—the 37-year-old divorced mom of two kids—still had no game.

Dating was not my thing. Falling madly in love with someone over the course of a week, entering into a sizzling new relationship, fueled by youth and often by alcohol: that, I could do. I had done that for the better part of my twenties.

But now, here I was, well into my thirties, a year and a half out of my separation, having booked a hotel room, traveled 180 miles, in a casual-yet-sexy outfit for the promise of a date with a woman I had talked to for less than ten minutes in my life.

At least, I’d thought that we were on a date until just moments earlier when she said she had to head home. It was only 7:00 pm. My dreams of cocktail hour giving way to walking the slick Portland streets together and falling passionately in love, like a lesbian version of “Before Sunrise,” were slipping mercurially through my fingers.

“Do you want to get together later?” I asked her, embarrassingly desperate for more time to prove my loveliness to her. The disappointment on my face must have been nuclear in its visibility.

She immediately asked, “What’s wrong? Are you okay?” She seemed genuinely concerned. She was from the South, she was kind and smart and funny. And she had tattoos. I wanted this to work. I didn’t want the dream to end.

“I thought we were on a date,” I answered her. And as soon as I said it, I knew the jig was up. We were not on a date.

“Geez, Alli. You should have said that. I didn’t know that’s what you thought this was. You should have been straight up with me. I’m actually already seeing someone right now. I thought you just wanted to hang out.”

We both hailed from other parts of the country and earlier in our conversation we’d shared our frustrations with “Northwest Nice,” the culture of indirect communication that permeated Portland and Seattle, where we each currently lived. The irony that she was now lamenting how circumspect I’d been about getting together for drinks was not lost on me.

Although I would have preferred to run down the sidewalk alone, letting the wet wind lash me into reality, she insisted on going with me. So for a few blocks at least, we walked along the Portland streets together. She deposited me safely in front of my hotel and smiled.

“Let’s get coffee tomorrow. I want to make sure we’re cool. It’s really not a big deal, Alli. You’re fine,” she told me, speaking in slow comforting syllables as though she were an aid worker talking to someone who had just lost their family and all of their worldly belongings in a tornado.

Her thoughtfulness compounded my mortification. There was no way in hell I was getting coffee with her in the morning. We hugged goodbye and I walked, dazed, up to my hotel room.

That night I was too miserable to reflect on how I had gotten there. I went to sleep immediately, collapsing on my hotel bed fully clothed. I woke up in the morning eager to flee the scene. I packed my bag and drove three hours back home to Seattle.

In the days following my non-date, I replayed the scene over and over in my head. Then, like a crime scene detective, I read back through our emails. How could I have been so off about it being a date? We were queer strangers meeting up on a Saturday evening at a bar with velvet curtains! Didn’t that say it all so that I didn’t have to?

We’d met at a work event, and our conversation there felt flirtatious, but I hadn’t thought much about it. Then she’d emailed me after the event and our subsequent emails were peppered with jokes and invitations to be in touch when we were in each other’s towns.

That was all the encouragement I’d needed. It was my first glimpse at what it felt like to be desired again. My heart fluttered at the possibility. So I took her up on the casual offer to get together and we made plans for the following month.

In retracing the digital history of our conversations, I realized how magical my thinking had become. I’d let her friendliness, her responsiveness, her perceived interest in me stand in proxy for what I’d wanted it to be: People dig my curls and child-birthing hips. She was obviously dazzled by my wit and charm over email. Game on!And without asking her intentions directly, I began to set us up on an elaborate date where I’d expected her to fall in line with my daydreaming.

And my daydreams were myriad. In the weeks leading up to our get-together, I’d created a full fantasy life for us. As I commuted into work I’d sit in traffic, imagining her muscular arms lifting my shirt over my head. In the quiet moments at the end of the day when I rocked my son to sleep I’d think, “I wonder how she feels about kids?”

The deeper truth was—I was terrified. I was newly divorced and unexpectedly single and the parent of two children. Over the past year, I’d wondered often if I’d ever find the love of my life, if such a thing even really existed. The woman I thought I was going to grow old with was no longer my partner. Our relationship, under the legal parlance of Washington State, was “irretrievably broken.”

When I met this new woman and thought there was something between us, I grabbed fiercely onto that rocket ship and started the countdown. It was a break from mothering, from commuting, cooking, and cleaning. It was a nice change of pace from googling the queer hosts of The Great British Baking Showto see if they were single (they’re not).

Naturally, it was more pleasurable to live in my fantasy life and play out glorious scenarios centering this mystery woman. To ask her flat out if she would like to go on a date with me would be to risk a mortal wound to my dreams. So I hadn’t bothered.

And that was how I had gotten there. Sitting in a bar across from a true humanitarian, a pinnacle of southern charm and grace—stammering ineloquently to her as my dreams dissipated before my eyes.

The thing about dreams, though, is that they’re meant to end. At one point, my marriage had been a beautiful dream filled with promise and joy and passion. Until it wasn’t.

This laughable “non-date” was a flutter of the eyelids, the beginning of something. A grudging realization that the fantasy I’d built may not have worked out, but the experience would move me forward.

Whether I awoke at dawn entwined around another warm body or in an otherwise empty bed, I would still be alone in the quiet solemnity of that moment. And I needed to be okay with that.

That night in Portland, there would be no romantic all-night conversations or passionate affair in my hotel room that led to a happily ever after.

And there would be me.

What It's Really Like To Date While Managing A Chronic Illness

Alli Auldridge wears her heart on her sleeve, writing, working, parenting and dancing in Seattle.

Tags: dating , love , queer dating , romanticization
Support Feminist Media!
During these troubling political times, independent feminist media is more vital than ever. If our bold, uncensored reporting on women’s issues is important to you, please consider making a donation of $5, $25, $50, or whatever you can afford, to protect and sustain BUST.com.
Thanks so much—we can’t spell BUST without U.