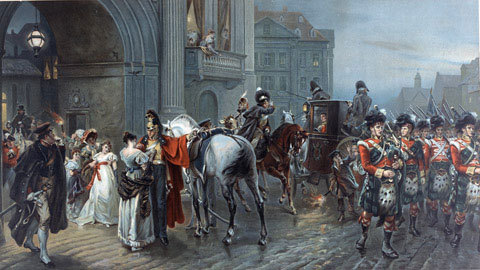 “The field of battle is a festival of honour; a sublime pageant. But this is war!”
Sir Robert Ker Porter, 1809.

Whether it is touched upon in conversation between those characters safe on the home front or dealt with directly via a character who has been in the military or is still serving abroad, war is a part of many historical novels. Indeed, there aren’t many fans of Georgian and Regency fiction who could not recite to you the salient facts of the Battles of Trafalgar or Waterloo. However, what makes us, as readers, invested in the characters does not come down to a mere recitation of facts on a timeline. It comes down to emotional authenticity.

For this, as in much of my research, I have found contemporary accounts in letters and journals to be an invaluable resource. Not only do they give us an average soldier’s view of famous historical battles, they provide a window into the hearts of the men who fought in them. 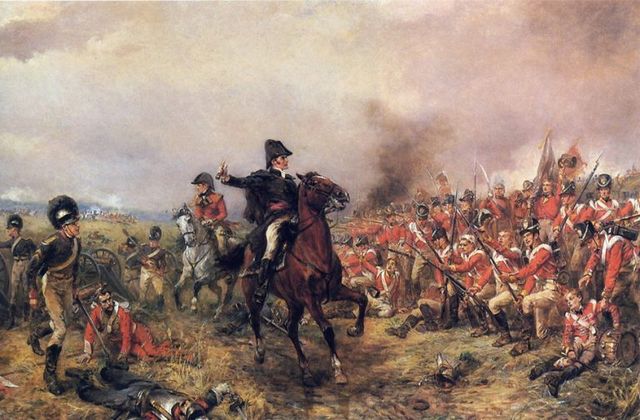 In some letters, we get a sense of the pride and patriotism felt by the soldiers. As one corporal of the Royal Artillery writes to his mother in 1793:

“I will do more yet for my King and Country’s saik [sic]. My Country shall never be stained by me.”

In others we get a sense of the despondency and despair felt by those who have fought to the point of exhaustion and beyond.

“I am myself a good deal indisposed, and not much better for being shut up in a little, noisome, damp cabin, with six other officers. Four of them are extremely ill, and generally raving all night long. Their complaints are the consequence of over-exertion; and their distempered and horror-struck imaginations are perpetually pursuing some dreadful hallucination connected with the casualties of war, famine, and shipwreck. It blows so violent a gale that I can write no longer.” 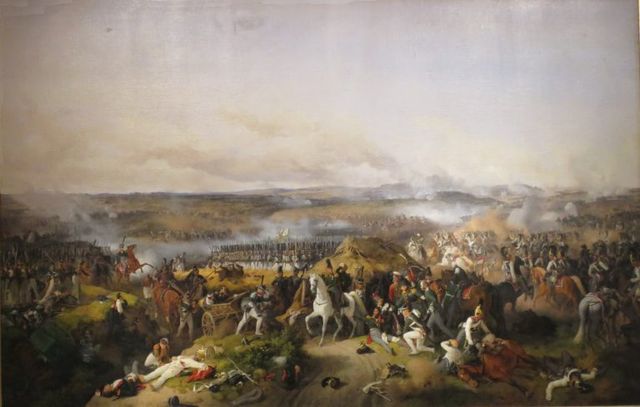 There are many letters in which the salutation, signature line, or postscript alone speaks volumes. In the following, a lieutenant in the 66th Regiment closes out a letter he has written home to his mother after the bloody Battle of Albuera. 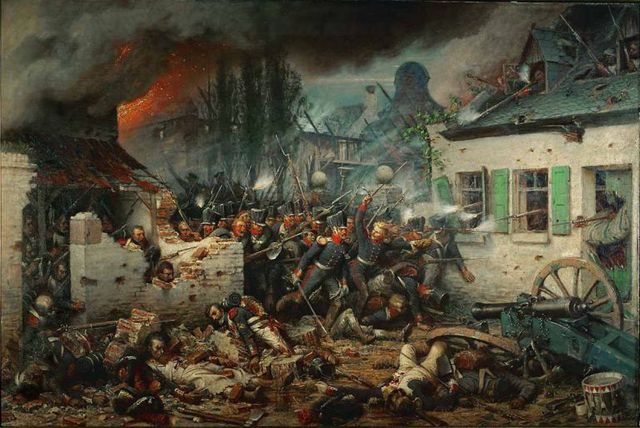 Attacking the Prussians in Plancenoit in the Battle of Waterloo by Adolf Northern, 1863.

Some sentiments are common to all wars.  I have read many letters – dating from the 18th to 20thcentury – in which the soldier begs those at home to write.  In others, soldiers express how valuable the letters from their loved ones are to them and how such little mementos sent from home, like a postcard, are passed around amongst the other homesick men.

Another common theme is the fear and worry of those soldiers who have been severely wounded in battle.  I have read several letters wherein a soldier writes home to his wife or sweetheart in despair that she will reject him once she sees his condition.  This fear seems to outstrip every other consideration – even the pain he is experiencing from his injury. 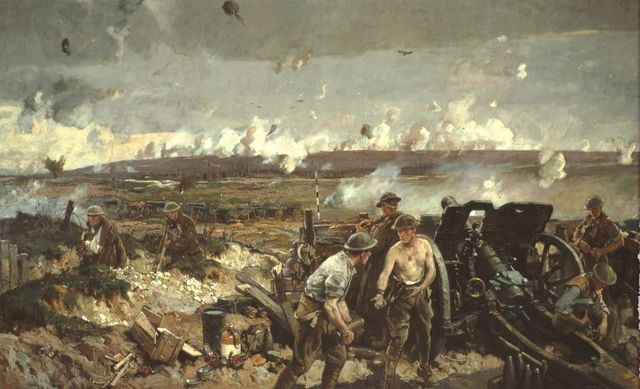 And then there are the innumerable letters in which soldiers, who are themselves in daily mortal danger, selflessly write to soothe and reassure those at home, urging them not to worry. A 1915 letter from a Cameron Highlander to his “own darling wife” closes with the following postscript:

“I am always thinking of you lassie night & day, you are never out of my thoughts, always remember darling that I love you dearly & don’t worry too much about me, mind & write to me often.”

Letters from soldiers are always infused with a certain poignancy, but some of the most poignant, in my opinion, are the letters home to wives and children that the soldier knows he may never see again. A 1944 letter from a corporal of the United States Army to his infant daughter reads, in part:

“Though my body be miles away, my heart is with you and I remain forever your father, whose heart is filled with love for you and your mother. You are the nearest stars in my heaven and each night I sing out my love and best wishes.” 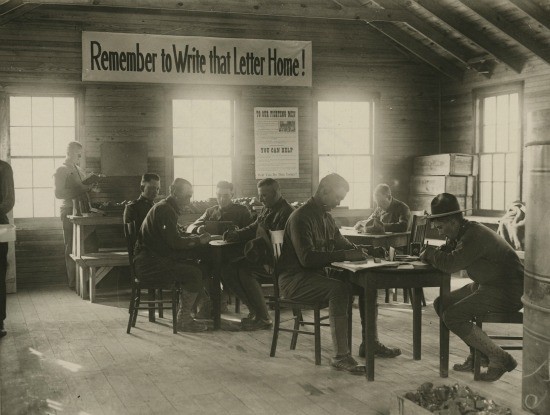 War is more than a catalog of dates and locations, wins and losses. War is a complex interweaving of countless personal stories. Stories of courage, homesickness, grief, doubt, and longing. And nowhere are those stories more accessible to a historical author than the letters of soldiers. I encourage you to use them as a resource in your own historical research.