This Once Illegal Detroit Farm Promotes Healing and Transformation 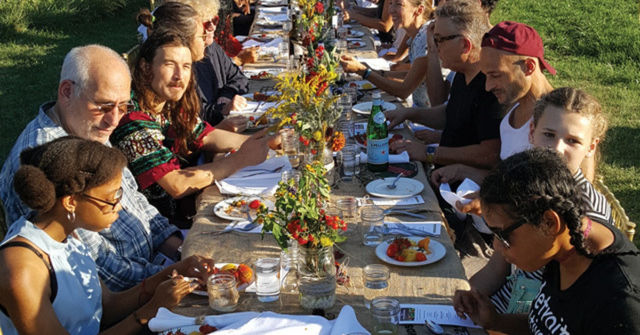 You might not expect to find a chicken coop or a garden full of tomatoes in Detroit, but they’re there, at Oakland Avenue Urban Farm. Jerry Hebron and her husband Billy founded this plot in the city’s North End in 2008, when they returned to the neighborhood where she was raised and were struck by the amount of abandoned space—including ten vacant lots adjacent to the church where Hebron’s mother was a pastor. Hebron spoke to community members about what they needed in the area, and their answers were clear. “People said, ‘We want to see something beautiful,’” says Hebron. “‘We want to see something that people will want to walk into and be a part of.’”

For the first seven years, they didn’t own the land the farm community was developing. “It wasn’t legal to do farming in Detroit, so we were doing guerilla farming, gangsta farming,” Hebron explains. “We just took over the land: it’s here, nobody’s doing any development, nobody really cares about it, so we’re going to do this.” Urban farms and gardens were legalized in Detroit in 2013, and Oakland Avenue Urban Farm began purchasing its land in 2015. The farm now owns six acres, and thanks to partnerships with Detroit Land Bank and design firm Akoaki, they’re growing each year. 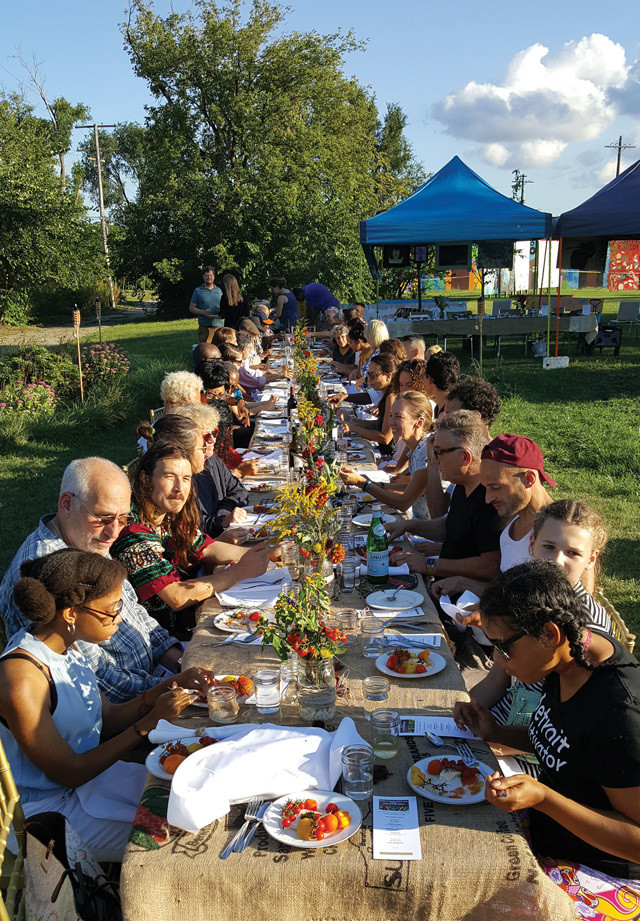 From the beginning, the farm was more than just a farm. Along with growing fresh produce—sold at a weekly farmers’ market—the non-profit has hosted music, dancing, and live arts events, prompting Hebron to call it the nation’s first “agri-cultural” center. “I think of our farm as being a place where people can come and heal and transform,” she explains. “They’re connecting with nature, but they’re also connecting with art.”