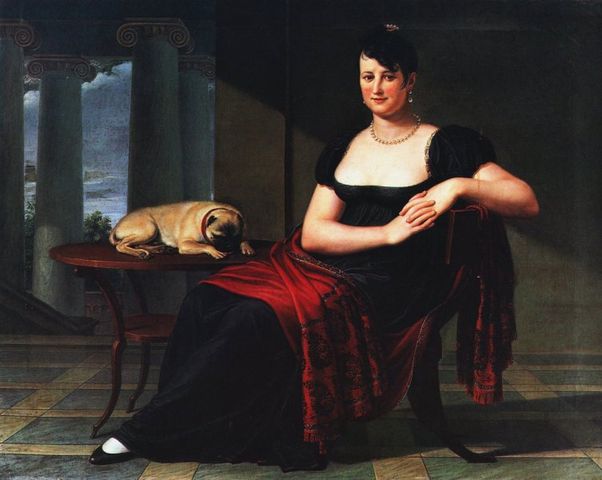 Pugs feature in many of our favorite Regency novels and, in most of them, the cheerful little dog, which currently ranks 32nd most popular breed in the United States, is not portrayed in a very flattering light.  Instead of the “happy, even-tempered companion” that the United Kennel Club refers to in their breed standard, the Pugs of literature are generally depicted as spoiled, temperamental little brutes.  As illustrated in Jane Austen’s Mansfield Park, their presence in a novel tends to symbolize the very worst in upper-class indolence.  Austen describes the character of Lady Bertram thusly:

“She was a woman who spent her days in sitting, nicely dressed, on a sofa, doing some long piece of needlework, of little use and no beauty, thinking more of her pug than her children.”  (Mansfield Park, Jane Austen, 1814.)

The phrase “of little use and no beauty” might just as easily be applied to the character of Pug herself.  Content to while away her life sitting on the sofa with her mistress, her only exercise the occasional bout of mischief making in the flower beds, Pug is nothing like the noble hounds and energetic spaniels we have grown accustomed to seeing in period literature. 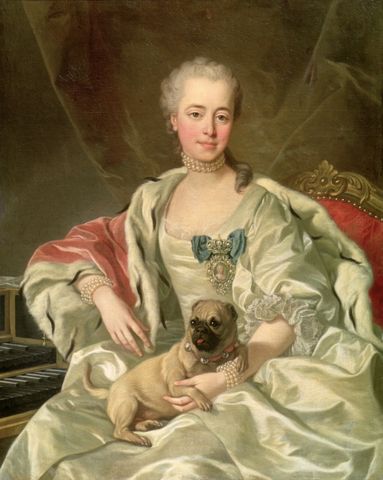 In the novels of Georgette Heyer, the portrayal of Pugs is not much better than that in Austen.  In fact, it is uniformly negative. The much-maligned little canine is usually associated with elderly dowagers and, more often than not, the bane of every young person who crosses their threshold.

“[My grandmother has] a pug-dog,” says Gil Ringwood to Hero, Lady Sheringham, in Friday’s Child.  “Nasty, smelly little brute.  Took a piece out of my leg once.  You could take it for walks. Wants exercising.  At least, it did when last I saw it. Of course, it may be dead by now.  Good thing if it is.” (Friday’s Child, Georgette Heyer, 1944.)

As luck would have it, the Pug in question has not yet been “gathered to its fathers,” but is indeed very much alive. Upon catching sight of the snuffling, snorting creature, Lord Sheringham informs his wife:

“I’ll be hanged if I’ll have an overfed little brute like that in my house! If you want a dog, I’ll give you one, but I warn you, it won’t be a pug!” 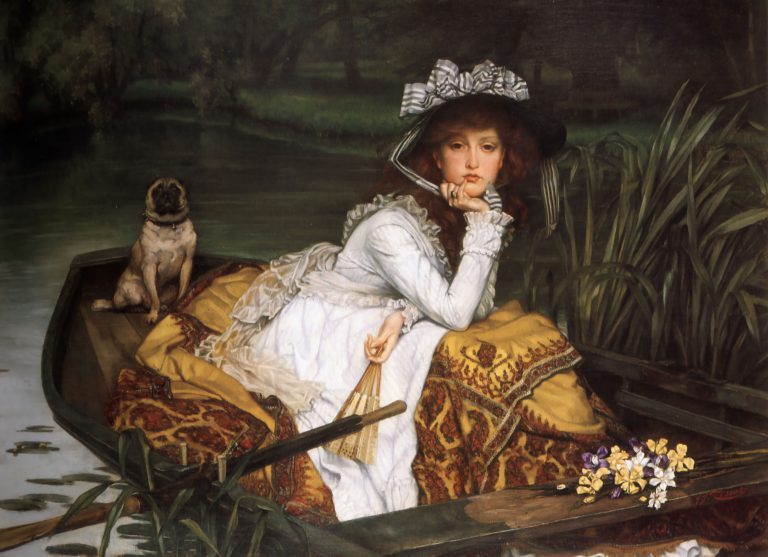 In contrast to those featured in Austen and Heyer, the Pugs of history are much beloved little fellows.  The most famous of their ranks is undoubtedly Pompey, the Pug belonging to William the Silent, Prince of Orange.  Sir Roger Williams recounts the following anecdote about Pompey in his book Actions in the Low Countries (1618):

"The Prince of Orange being retired into the camp, Julian Romero, with earnest persuasions, procured licence of the Duke D’Alva to hazard a camisado, or night attack, upon the Prince.  At midnight, Julian sallied out of the trenches with a thousand armed men, mostly pikes, who forced all the guards that they found in their way into the place of arms before the Prince’s tent, and killed two of his secretaries; the Prince himself escaping very narrowly, for I have often heard him say, that he thought, but for a dog, he had been taken or slain.  The attack was made with such resolution, that the guards took no alarm until their fellows were running to the place of arms, with their enemies at their heels; when this dog, hearing a great noise, fell to scratching and crying, and awakened him before any of his men…The Prince, to shew his gratitude until his dying day, kept one of that dog’s race, and so did many of his friends and followers.” 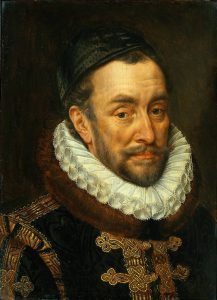 The Pug went on to become the favored dog of European royalty, including monarchs William and Mary whose Pugs, wearing orange ribbons to signify the House of Orange, travelled with them from Holland when they came to ascend the English throne in 1688. The Empress Josephine was also a Pug fancier. Her Pug, Fortune, is famous for having carried messages for her while she was imprisoned during the revolution. Marie Antoinette had a beloved Pug named Mops. And Queen Victoria, a noted lover of dogs, had a veritable herd of Pugs. 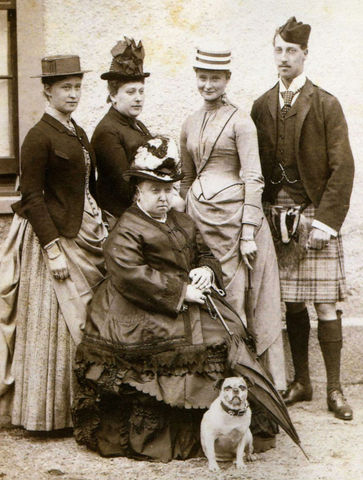 With their protruding eyes and corkscrew tail, the Pug may not be precisely the sort of dog you would like to see in your next historical romance – either as a writer or as a reader – but I would urge you to reconsider.  Despite their unfortunate characterization in many Regency novels of the past, Pugs continue to be in actual fact little dogs of great courage, possessed of boundless affection, and an unending reservoir of good cheer. 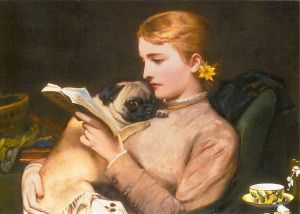 Tags: pugs , animals , dogs , pets , Jane Austen , Queen Victoria , Mimi Matthews , history , history , pugs, , literature,
Support Feminist Media!
During these troubling political times, independent feminist media is more vital than ever. If our bold, uncensored reporting on women’s issues is important to you, please consider making a donation of $5, $25, $50, or whatever you can afford, to protect and sustain BUST.com.
Thanks so much—we can’t spell BUST without U.