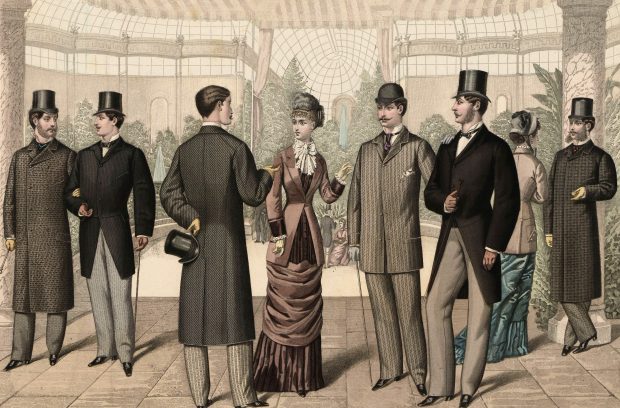 Victorians had plenty of advice on how and when a lady should offer a word of gratitude, especially when that gratitude was in response to a service rendered by a gentleman stranger. Some believed that it wasn’t fashionable for ladies to thank strange gentlemen for small courtesies—e.g., holding doors for them or giving up their seats on a crowded public conveyance. To do so was considered unpolished and countrified. Better that ladies say nothing and accept such little services as their due.

Others vehemently disagreed. In her 1872 book The Ladies’ Book of Etiquette and Manual of Politeness, Florence Hartley advises her readers:

“If a gentleman gives you his seat, hands your fare, or offers you any such attention, thank him. It is not countrified, it is lady-like. If you do not speak, bow.”

In her 1878 book Sensible Etiquette of the Best Society, Mrs. H. O. Ward heartily agrees. Writing in response to an article in The Graphic which deemed it unfashionable for ladies to thank gentlemen, Mrs. Ward declares:

“A society in which it is no longer etiquette to thank a stranger for a civility, may be fashionable, but it is not our best society. Our own gentlemen, as well as foreigners, may well think any lady ungracious who does not say ‘thank you,’ to a stranger who stands ‘hat in hand’ after ‘opening a door for her to pass,’ or ‘after stopping to raise an umbrella for her in the rain,’ or upon ‘restoring to her her dropped handkerchief, or fan.’” 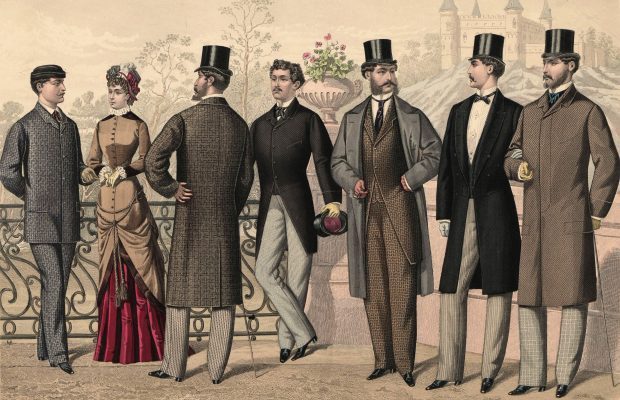 This didn’t mean that a lady had to stoop to familiarity. Rather the opposite. She was warned not to smile at a strange gentleman as she gave her thanks. Instead, Mrs. Ward advised her readers to utter “a grave but cordial thank you.” Having done so, the lady wasn’t obligated to linger. As Mrs. Hartley states:

“If a gentleman, although a stranger, offers his hand to assist you in leaving a carriage, omnibus, or to aid you in crossing where it is wet or muddy, accept his civility, thank him, bow and pass on.”

A bow was generally no more than an inclination of the head. In some situations, it was sufficient on its own to express one’s gratitude. As Mrs. Hartley goes on to explain:

“If, when entering a crowded church, a gentleman sees you and offers his seat, acknowledge his civility, whether accepted or declined, by a bow, and a whispered ‘thank you.’… If the service has commenced, do not speak; a courteous inclination of the head will convey your sense of obligation.” 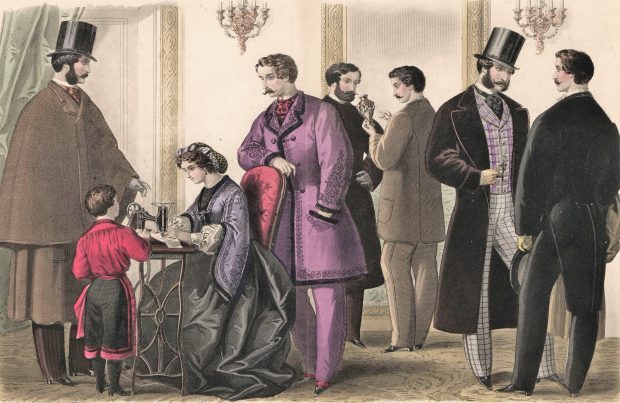 When a gentleman stranger offered his assistance, a well-bred lady was not supposed to exhibit any wariness or suspicion. In his 1876 book Beeton’s Manners of Polite Society, Samuel Beeton advises:

“When a stranger offers to assist you over a puddle, or something of the kind, do not hesitate or decline as if you thought he was taking an unwarrantable liberty. He means nothing but civility; so accept it frankly, and thank him for it.”

Such gratitude extended to male servants as well. Though a lady wasn’t obliged to thank a servant for simply doing his job, she was expected to thank him for “any little extra attention” he showed her. As Maud Cooke explains in her 1896 book Social Etiquette; or Manners and Customs of Polite Society:

“Never thank a servant for passing any of the dishes or wines; that is his business; but for any personal service, such as picking up a fallen napkin, or replacing a dropped knife by another, it is proper to return a murmured ‘Thank you,’ not ‘Thanks.” 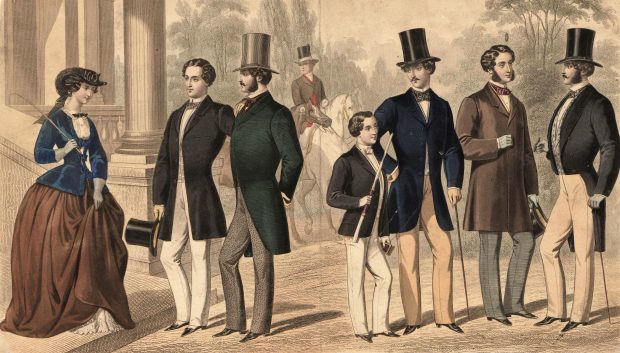 For the most part, I find nineteenth-century advice on thanking gentlemen who render assistance to be sensible. However, in today’s world, I don’t think it wise to tell women to ignore their feelings of wariness. Our own safety should always take precedence over etiquette and politeness.

More from BUST
When Classic Books Are Turned Into Movies