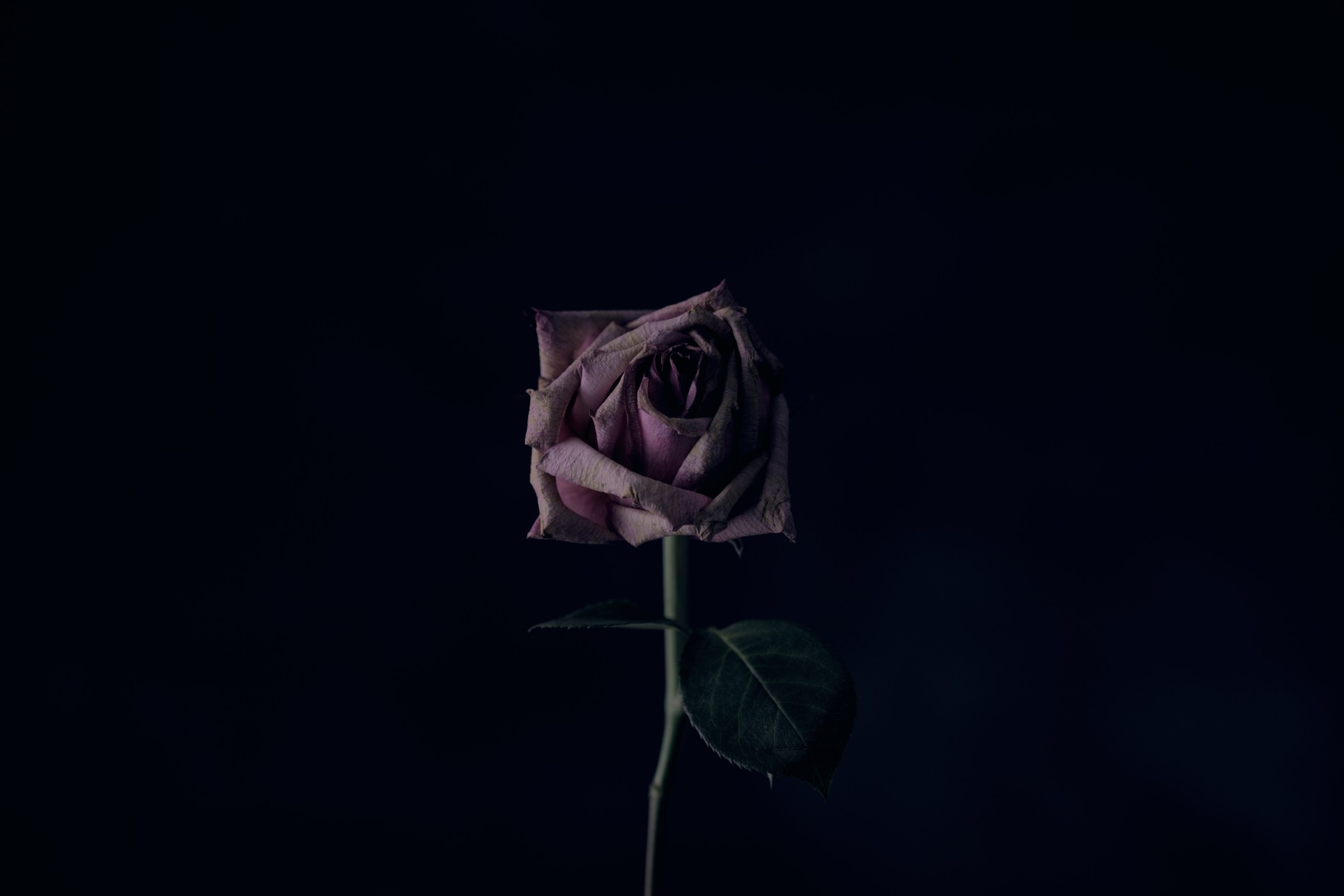 At some point in life we all experience various levels of suffering –and regardless of which faith you follow, most people can agree that suffering is simply part of being human. But, is there a way for us to grow from suffering? I wrote this very candid piece for friends, family and strangers who may be suffering right now; hopefully knowing that you’re not alone can make the devastation a bit more bearable.

As a young woman struggling with body image issues, eating disorders, and apparently a fixation with ice cubes and dicks, I was mortified, humiliated, and in that moment I knew that this was the worst thing I had ever experienced in my life. The emotional pain was excruciating. I felt alone and abandoned. I was fucked up for years. It took umpteenth self-help books and a bunch of LSD to build up my confidence and my overall sense of worth. (Shout out to Louise Hay, Wayne Dyer and my acid dealer, Joaquin from Park Slope.) When that devastating event happened a pain and sorrow barometer developed inside of me. From there on in, anything “bad” that happened was measured against that moment. It took years to surpass the Fat Blowjob Bar, but it happened…about a decade later.

I was in my mid 20’s when I married E, my now ex-husband. He was all of the things I thought I always wanted: handsome, kind, funny and Jewish. He adored me and showered me with endless love and affection. You know the type of guy who puts their woman so far up on a pedestal you can practically see her proverbial platinum Pussy radiating from underneath her skirt? That was E. We spent the first year of our marriage trying to get pregnant and after 13 months of regularly scheduled missionary fucking, we found out we were having twins. At around five months I miscarried. Move over you fat blowjob, you can’t hold a candle to this kind of sorrow. This wound went much, much deeper—womb deep. My reality became distorted, I didn’t know who I was or what I wanted. I started to sabotage my marriage with a nefarious combination of adultery and Adderall. I broke his heart. I was the cause of someone else’s sorrow, someone who loved me more than anything—that guilt crushed me almost as much as the miscarriage did. It was like I felt his pain with my own heart. Within six months we were divorced. The grief I experienced was debilitating, it moved the needle, and a next level threshold of suffering was reached.

When I realized I had nothing to left to lose I stopped letting my self-hatred hold me back and started creating a life filled with possibility. I found purpose, peyote, and yoga, and spent the last decade feeling worthy, loved, and grateful. I was really, at the risk of sounding like a white-girl Pinterest board, #LivingMyBestLife. My old wounds were completely healed, I made peace with my guilt, had never been closer with my family, built solid, authentic friendships with a tight-knit group of incredible humans, traveled, made a shit-ton of money doing what I love, all while in a healthy, thriving relationship with Mike, the love of my life for over seven years—I mean, there were cob webs on the needle of my suffering barometer— it didn’t budge for 13 years, until it did.

On June 21, 2018 at approximately 1p.m., I was getting a pedicure down the block from my office when my phone rang. It was my uncle Stanley calling to tell me that my dad’s CAT Scan came back showing a large mass on his esophagus. “The doctor thinks it’s a malignant tumor that’s spread to his stomach. They’re scheduling him for a PET Scan. I just want you to prepare yourself, this doesn’t look good, and if it is what they think it is, it's gonna be horrible and it’s gonna be quick. I have to go, your mother’s beside herself in the other room with the doctor.”

I remember not being able to speak, my throat swelled up and I started dry heaving. It felt like I entered someone else’s life. My dad couldn’t possibly have cancer; I was just with him at the beach club. He looked strong and healthy; we were even laughing about the weekly rub-n-tug massages my mom knowingly dropped him off to when she went for her manipedis. (She compared it to the laundry; she doesn’t want to do it so she sends it out.) The only thing that seemed to be ailing him was money, or a lack there of. What the fuck was Stanley talking about? This can’t be happening. Is this really happening? It was. The PET Scan confirmed late stage esophageal and stomach cancer. My dad, my champion was dying.

The next few months were a blur. Instead of rub-n-tugs, mom was taking him for regular Chemo and Radiation treatments. While this madness was happening my career was taking off, and I buried myself in my work to escape my new reality. I had to be in Los Angeles for a while and when I came back two weeks later, my once strong, proud, 65 year old father looked like a weak, fragile 90-year-old man. I remember walking through the door of my parent’s apartment, seeing what he looked like and crying uncontrollably. When I finally pulled myself together he looked me in the face, took a beat, and said, “Well, I’m glad you came over to cheer me up.”

As Thanksgiving approached he was getting worse and worse. He couldn’t walk without a walker, had bruises all over his body from falling, he couldn’t even go to the bathroom without help—he was losing his dignity. I saw my once vibrant, beautiful mother turn into a zombie. She became his fulltime caretaker, but didn’t know if she was coming or going. I know she felt lost and helpless, but through it all, she remained strong in front of my dad and her kids. My heart was breaking for the both of them. On December 1, we got the results of the second PET Scan—all of the killer chemo and radiation that had been sucking the life out of him didn’t fucking work. The cancer spread and his fate was sealed.

The next 20 days were the hardest. Hospice was set up in my parent’s home, but the aids they sent over were far from medical professionals, and provided little to no help at all. My mother was doing all of the work. I remember watching her breakdown while she was cleaning his feeding tube. I ran into the bathroom and threw my guts up. As the days passed he would scream and cry in agony, so we decided, along with his doctors, to up his pain meds to try and keep him comfortable. We were dosing him with Morphine and Oxy cocktails and topping him off with patches of Fentanyl. The noxious combination of drugs knocked him into outer space, he was rarely lucid. One night I was sitting in the chair next to his bed holding his hand, I pulled my shirt up over my nose to mask the smell of urine and rot with my own perfume hoping he wouldn’t notice, when he suddenly turned to me and asked “what’s wrong with me, Samuel? Am I going to be okay?” I didn’t know how to respond—did he forget he was dying of cancer? Do I tell him he has cancer? Do I tell him he’s dying? “Everything’s going to be okay, you just have the flu.” I said. He nodded and closed his eyes. I sat there sobbing as quietly as humanly possible. My suffering barometer exploded. This was definitely the worst pain I have ever felt in my life. That night I went home and Mike held me in bed as I howled-cried from 11 p.m. until 3 a.m.—I was not human. I was a wolf. I swear I god, I WAS a wolf.

On December 18, one day after my birthday, we moved him to a hospice near my parent’s home in Brooklyn. He was barely conscious from all the meds. I remember my family surrounding his bed singing his favorite Beatles songs. We played here comes the sun and I could have sworn I saw him smile. My dad died at 3 a.m. on December 21, 2018, six months from the time he was sentenced to Cancer.

I could never have braced myself for the velocity of this kind of grief. The sorrow comes in waves. At first they came in at 100 feet wiping me out every hour or so, but then as time goes on they get smaller and come less frequently. It’s been almost 3 months since my dad died and it still feels so surreal. I can’t believe he’s been gone this long and my mom hasn’t pawned his jewelry to pay for a facelift yet.

I’m hopeful that my tough, resilient soul will persevere as it has in the past, but my heart still hurts and I cry A LOT, usually in public—no seriously, no one wants to sit next to me in yoga. I could be out with friends having a good time and then something will remind me of him, like the smell of a cigar or finding a hair in my food —and then I just lose it. Also, I still have so many questions, like; will I ever really feel happy and light again? Am I feeling lost, needy and weak because it’s still so fresh? Are the spirits of our loved ones always watching over us? Does that mean my dad can see me watching porn, or worse, does he know I gave Jason Buselle an Eskimo blowjob? I don’t have the answers, and I don’t think I’m supposed to. Right now just I’m allowing myself to grieve freely while I adjust to my new reality. It hasn’t been easy, but I’ve been pushing myself to dance with the sorrow each time she waltzes in. Maybe through coping with death I’ll live even more boldly, more compassionately, and be more appreciative of life—especially the little things that I usually just take for granted.

If you’re suffering just know that you are not alone. At some point in life we all experience various levels of suffering—may every blow make us stronger. (No pun intended.)

Image by Sharon McCutcheon via Unsplash

Death Doulas Guide People Through The End Of Life

What It's Really Like To Date While Managing A Chronic Illness

Samantha Jones hails from Brooklyn and doesn't give a f— what anyone thinks. She's a powerhouse one-stop shop — producing, directing, writing and managing her own content. Jones' wheelhouse includes hilarious videos, Instagram stories and memes that poke fun at back fat, vaginas, vibrators (or anything else that's traditionally hush-hush) and put a delightfully irreverent spin on the typical feel-good content for women. Sam currently holds the title of Creative Director at WHOSAY, a creative division at Viacom. -Hollywood Reporter