Berlin Women Get Discount on Public Transportation (For One Day Only) 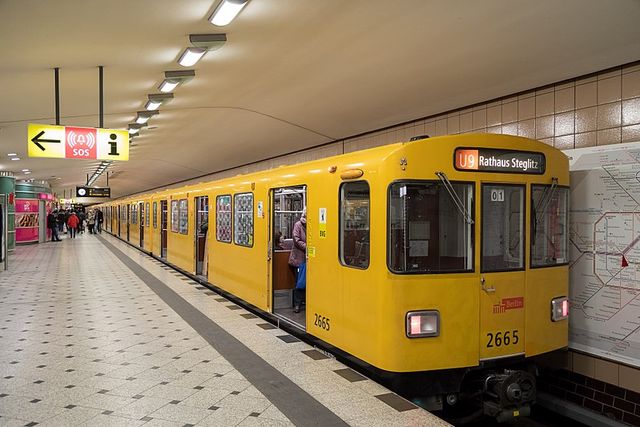 This past Monday, the ladies of Berlin were able to purchase discounted metro, bus, and tram tickets for a good cause. The Frauenticket was available for 21% less than usual (€5.50 instead of €7) to highlight the fact that on average, German women earn 21% less than their male counterparts. This particular statistic is higher than many other European countries. The Guardian reports: “While Italy and Belgium have an average difference between men’s and women’s income of less than 5%, Germany’s figure means it joins Estonia, the Czech Republic and the UK, at more than 20%.”

The day of March 18th was chosen specifically due to the fact that it’s Germany’s Equal Pay Day. Because of the pay disparity, “a German woman has to work 442 days to earn as much as a man earns in 365...mean[ing] that women, in effect, end up working for free until 18 March each year.”

From this writer’s point of view, stunts like this are fine, but I want to see that there’s actual work being done behind it. I want to see that public transportation services are doing something to address widespread sexual harassment. I want stations to be accessible so mothers don’t fall to their death because they were trying to carry a stroller down the stairs. Discounting a ticket for one day of the year is nice, but let’s make sure we’re not unduly praising the BVG (Berlin’s transit operator). Especially during March, which is Women’s History Month, there have been plenty of companies out there trying to capitalize on “women’s empowerment” in ways that come across as lazy and cash-grabby (looking at you, McDonalds flipping your golden arches to a W for...women?)

Besides, the U-Bahn runs on an honor system. If you were a woman and let’s say you wanted to ride for free in the name of feminism, I’m not condoning it, but...there’s an option.

Tags: Berlin , transit , Women's History Month
Support Feminist Media!
During these troubling political times, independent feminist media is more vital than ever. If our bold, uncensored reporting on women’s issues is important to you, please consider making a donation of $5, $25, $50, or whatever you can afford, to protect and sustain BUST.com.
Thanks so much—we can’t spell BUST without U.