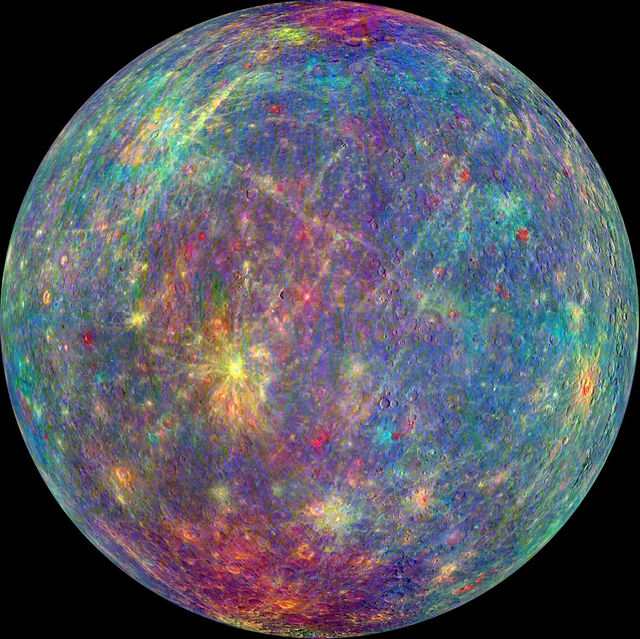 Mercury retrograde has been in full swing since March 5th. Which, in case you haven’t noticed, is the reason behind most recent drama—including “The Great Instagram/Facebook Meltdown of 2019.” Planet of communication and movement, Mercury, will continue to move backwards in retrograde motion until March 28th, leaving us one more week filled of wonky technological issues.

Due to recent blunders, from Mercury’s backwards journey, @astrologybklyn, which is headed by Demetrius Bagley and Mikolaj Wilk, are providing us all with some much needed cosmic insight on March 21st. The event, which is titled “Minding Mercury Retrograde: Success Stories & Tricky Trials,” aims to bring astrologers in the tri state area, as well as the “astro-curious,” states Bagley. Further adding that the event will allow “professional astrologers to better share some of our knowledge and wisdom with people for mutual benefit." The event will feature four seasoned astrologers, who are hot on the astrological scene: Shakira Tabourn @thestrology, Steph Koyfman @thedailyhunch, Lisa Stardust @lisastardustastro, and Seth McDonald @thecuspcon. 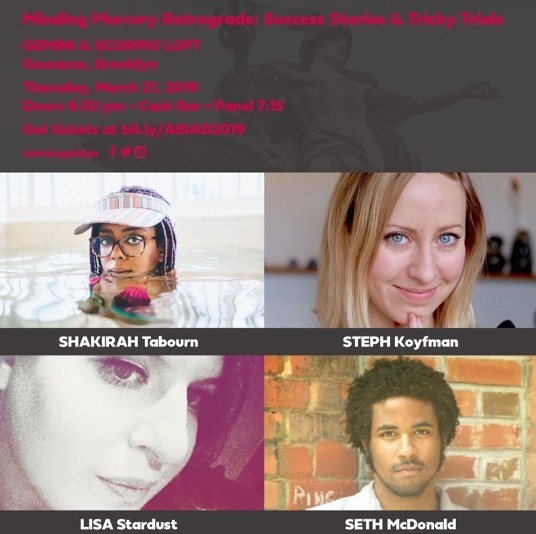 To give you a taste of the discussion, BUST asked some of the astrologers who are panelists for their views on Mercury retrograde.

Nflux Magazine founder and editor Shakirah Tabourn will be on the panel and hopes the event will allow people to have a deeper understanding of Mercury retrograde, “The main point to remember while traveling under Mercury retrograde is to double, triple, and quadruple check everything. Make sure you have airline notifications being sent to your phone AND email, keep a copy of your confirmation numbers somewhere, make extra copies of your passport & IDS, and allow extra time in your schedule for delays & disruptions. Know that Mercury retrograde won’t ruin your trip, it’ll just cause annoyances.”

The Daily Hunch founder Steph Koyfman adds, “Mercury can be a missed phone call, but it’s also the god of in-between. It’s divination and it’s neural connections and yes, it’s your hard drive occasionally crashing on you. But the good news is that we can balance the profane nuisances with the sacred nuisances.”

Lisa Stardust, astrologer and horoscope writer at BUST Magazine, The Hoodwitch, and Teen Vogue, states that the event aims to serve as a “Mercury retrograde PSA,” and as “a fun discussion on Mercury retrograde blunders. Even though it is a fraught time, full of communication, travel, and technological hiccups, we hope to bring the local astrological community together and all commiserate together—while gaining a deeper understanding of this transit.”

The event will be held at the Gemini & Scorpio Loft in Gowanus, Brooklyn on March 21st at 6:30PM. Click here, to purchase tickets.

Relax And Recharge With Hypnosis By Shauna Cummins

"The Serpent Cast" Is The Witchy, Sex-Positive Podcast Of Our Dreams