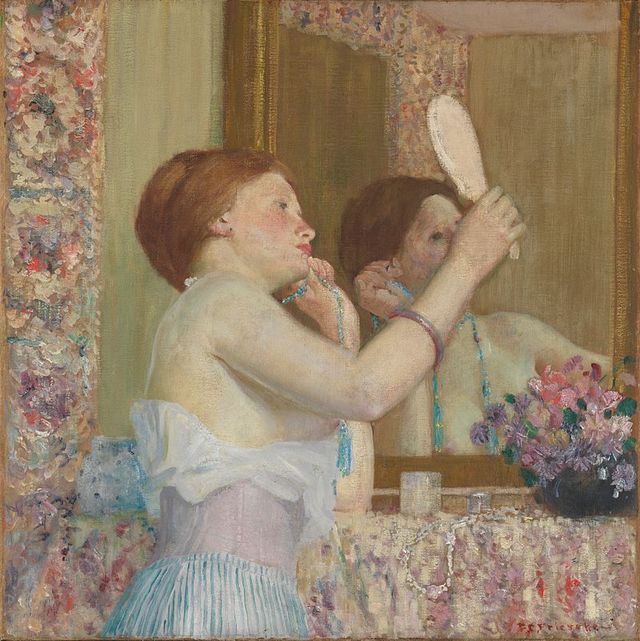 It's one of those days. Eyeliner resembling Rocky Raccoon's sister, despite redoing it three times. A forgotten umbrella leading to a damp suit and ruined hair. A day of minor unfortunate events resulting in the drowning of sorrows in a pint of Ben & Jerry's.

Everyone has days when they feel horrible about themselves, and guess what? That's OK.

At the start of the new millennium, women around the world embraced the body positivity movement. Women across social media posted selfies in gym attire with hashtags of #bodypositivity, #loveyourself, and #motivation. But it didn't take long for many women to realize that, hey, they don't feel ready to rock the red carpet every day, and that's also OK — thus birthing the body neutrality movement.

What Is Body Neutrality?

The body neutrality movement embraces the reality that everyone has good days and bad days. It goes beyond appearance and into the habits that sometimes make women feel negative about themselves, from “caving in” to a craving to the alternative — trying toohard to embrace body positivity and perceiving yourself as a failure not because you caved in to that extra brownie, but because you can’t shake feeling bad about it.

Embracing body neutrality requires a woman to come to peace with her body, while at the same time striving for whatever “improvement” may look like to her. The movement embraces women of all sizes, as well as those with physical disabilities which sometimes make exercise difficult. Body neutrality focuses on progress, not perfection, and celebrates feminine beauty in all its lovely varieties.

Why Neutrality Can Work Better Than Positivity

After its inception, the body positive movement went on to receive a host of different criticisms, some warranted and others perhaps not so much. One valid criticism of the body positivity movement stems from its celebration of only "acceptably fat" bodies — those wearing U.S. sizes 12 to 16. Women wearing larger sizes than that still struggled to see much representation or marketing aimed at catering to their current sizes. On the flip side, some criticized the movement as focusing toomuch on self-love to the point of encouraging unhealthy lifestyles. Body positivity was also criticized for a general lack of intersectionality.

Body neutrality isn’t about labeling the body as “good” or “bad.” The message behind body neutrality is: “This is my body. And while I won’t always feel in lovewith it, I will always love it enough to take care of it.”

Another reason so many women today embrace body neutrality over body positivity involves the desire to include disabled women as part of the "in" crowd. The body positivity movement featured few, if any, women pumping iron in wheelchairs or taking a walk using a cane for balance. Body positivity likewise excluded many women with invisible disabilities.

For example, women suffering from certain conditions like polycystic ovarian syndrome or uterine fibroids can experience intense pain that makes exercising difficult, especially during ovulation and menstruation. Sadly, a full 22 percent of women with uterine fibroids actually feel the condition lessens their femininity, as do many with other disorders of the female reproductive system, particularly when infertility results. Other women suffer metabolic disorders that impact their weight, or mental disorders such as anxiety and depression that lower their self-esteem.

Body neutrality is about embracing the highs and lows — you’re allowed to feel totally pissed offabout your condition! Positivity all the time just isn’t realistic, but keeping things in perspective is. And that aspect is an important part of this movement as well. Body neutrality celebrates the little accomplishments every woman has, whether it involves taking a lunchtime walk around the block or prepping healthy weekday meals on Sunday night.

Because body neutrality focuses upon acceptance, women interested in joining the movement need little training to get in the swing. The only thing body neutrality really encourages women to do is to love their bodies enough to try to care for them. This concept involves so much more than just dietary choices and numbers on a scale — it includes attending regular check-ups with your doctor, addressing mental health needs and taking the time for important self-care activities like getting a good nights’ sleep and staying hydrated.

Likewise, the body neutrality movement celebrates women of all fitness levels, and encourages us to grow even stronger and healthier, whether a woman's fitness routine involves training for a triathlon or pedaling a recumbent bicycle for 20 minutes daily.

Because the movement focuses upon celebrating little victories and accepting inevitable setbacks, women can share about their struggles in a loving way on social media and IRL. It works to build true bonds on a foundation of mutual respect and good sense of humor, and gives women a safe place to vent, free from the need to censor their frustrations.

So many of us strive for perfection, whether that be the “perfect” body or the perfect mindset. Yet, we are all inherently flawed, and that is precisely what makes humanity so gloriously interesting. Our cultural shift away from always striving for the “perfect beach body” has been a positive movement, make no mistake. However, when women free themselves from focusing so much on the way their body looks — regardless of whether those feelings are positive or negative — and focus more on finding inner peace and wisdom, they set themselves free to pursue what genuinely makes them feel happy and fulfilled.

Top image: Woman with a Mirror by Frederick Carl Frieseke

The "Arm Vagina" Is Another Bullshit Body-Shaming Trend

'I Weigh 236 Pounds And I Have Great Self-Esteem'

Kate Harveston is a young political writer from Pennsylvania. She enjoys writing about social justice issues and human rights, but she has written on a wide range of topics, including health, technology and music. If you like her writing, you can follow her blog, Only Slightly Biased. Follow her on Twitter, Google+, and Facebook.
Tags: body image , body neutrality , body positivity , body positivity , Body neutrality