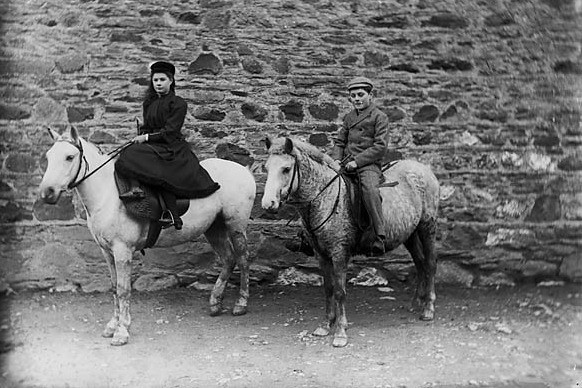 Stealing a horse during the 19th century was a serious crime. Those convicted could be heavily fined, sent to prison, sentenced to hard labor, or even executed. But what if the horse thief in question was only a child? Unsurprisingly, there were many incidents of child horse thieves in Victorian England. Not all were hardened street criminals. Some were simply immature youths tempted by the opportunity of an open stable door and the chance to make an easy few pounds. An 1886 issue of the Dundee Evening Telegraph reports just such a story. The fiendish criminal in question? A ten-year-old boy from South Yorkshire.

On September 13, 1886, the Barnsley Magistrates investigated a case of horse-stealing committed by ten-year-old Frank Marsh. The incident occurred at Penistone, not far from where Frank’s parents lived. According to the September 15, 1886 edition of the Dundee Evening Telegraph:

“The prisoner gained admittance to the stable at the Wentworth Arms, Penistone, and having saddled a bay mare worth £30, he rode her to Huddersfield.” 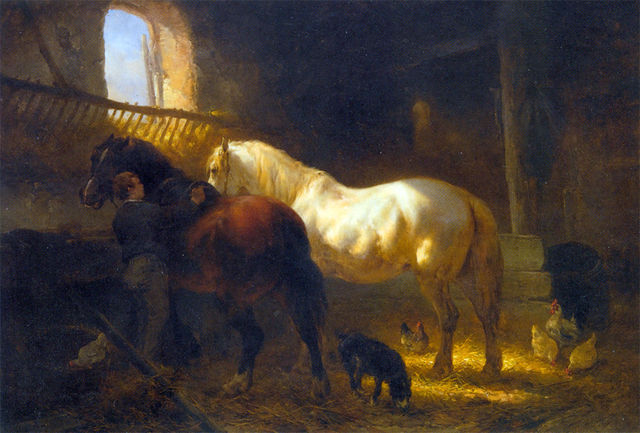 Upon arrival in Huddersfield, Frank took his stolen mount to the stable at the Victoria Hotel. There, he conscientiously “washed the legs of the mare” and then hopped back on and rode her out of town. Before leaving, however, he put it about amongst the locals that the mare was for sale for £30. The Dundee Evening Telegraph reports:

“Suspicion being aroused, the landlord caused the mare to be detained. The prisoner, on account of his youth, was summarily dealt with. He was ordered to be well birched.”

Such a punishment was not at all abnormal for very young horse thieves in the 19th century. An article in an 1888 edition of the Hull Daily Mail reports the story of two “promising youths” named Albert Smith and Henry May who surreptitiously made off with a pony, a cart, and several pairs of breeches – all belonging to a local market gardener by the name of Robert Copland. As the article states:

“[Copland] asked May to take charge of the pony and cart while he got some dinner. The boy said he would do so, but when Mr. Copland returned to where he had left the boy with the animal and the cart he could not find them. He searched until 7 o’clock in the evening for them, and then informed the police. In the meantime May had been joined by Smith, and the pair took the horse to Hessle, where they sold the breeches and tried to sell the pony. As they could not dispose of the pony at Hessle, they trotted on towards Anlaby, but on the way a policeman put in an appearance.” 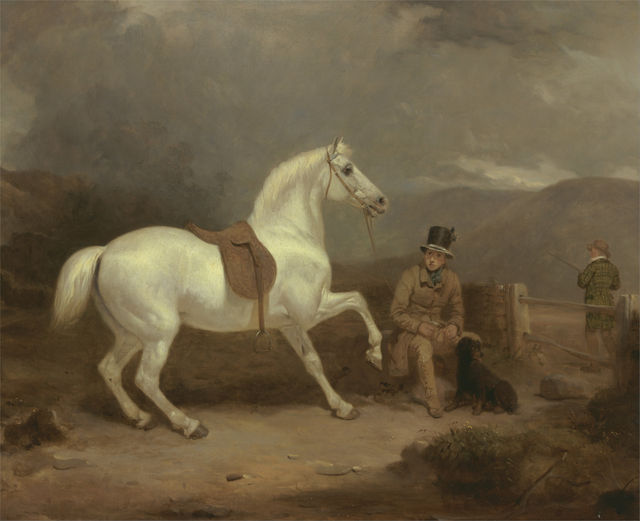 Grey Shooting Pony with a Groom by Thomas Woodward, 1835.

Terrified by the unexpected sight of the policeman, Albert Smith and Henry May both fled. They were later captured and, the next morning, handed over to a detective. When brought before Mr. Twiss, the “stipendiary magistrate” at the Hull Police Court, it was agreed that the charge of stealing the pony and cart would be withdrawn (presumably because the property had been returned). Instead, the boys were charged only with stealing the breeches, which they had “disposed of at Hessle.” To this charge, both boys pleaded not guilty. The magistrate was unsympathetic. According to the Hull Daily Mail:

“Mr. Twiss found them guilty, and ordered each to receive six strokes with the birch rod.”

A birching may not sound as if it would be a very pleasant experience; however, when compared to prison or hard labor, six strokes of the birch rod might not have seemed like such a bad deal for our young offenders. Did it have the desired effect? I cannot say. There is no way to know for certain what became of Frank Marsh, Albert Smith, or Henry May once their punishment had been meted out. We can only hope that after being “well birched” – and very likely scared out of their wits by the police and the magistrate – these child horse thieves mended their ways and never again gave in to the temptation to hop on someone else’s horse and trot it out of town.

Top image A Girl and a Boy Riding Ponies in Wales, 1885. (National Library of Wales)