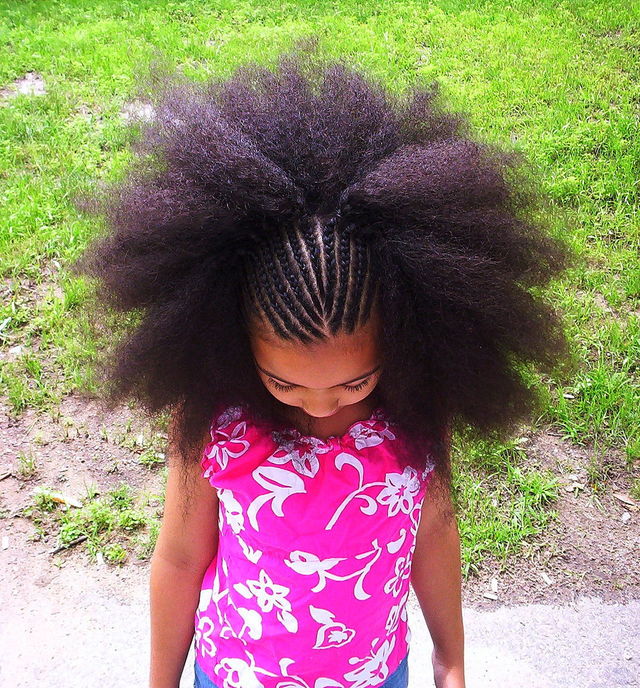 The New York City Commission on Human Rights is issuing new guidelines under which singling out individuals based on their hair or hairstyle, at work, school or in public spaces, will now be considered racial discrimination, The New York Times reports. Individuals who have been harassed, punished, demoted, fired or threatened because of their hair are given legal recourse through these guidelines. Those found in violation can be fined up to $250,000. Businesses that infringe on the new protocol can also be forced, by the commission, to change their policies and staff.

While the new change in law applies to anyone, it is specifically intended to address the prejudicial treatment of black people. The right of New Yorkers to wear “natural hair, treated or untreated hairstyles such as locs, cornrows, twists, braids, Bantu knots, fades, Afros, and/or the right to keep hair in an uncut or untrimmed state.” The new guidelines do not interfere with health precautions for wearing hair tied back or in a net, but the rules must be applied to everyone. Carmelyn P. Malalis, the commissioner and chairwoman of the New York City Commission on Human Rights, told The New York Times, “There’s nothing keeping us from calling out these policies prohibiting natural hair or hairstyles most closely associated with black people, they are based on racist standards of appearance, racist stereotypes that say black hairstyles are unprofessional or improper.”

One of my favorite photos of @BarackObama #PresidentsDay

Several investigations propelled the new guidelines, which are “based on the argument that hair is inherent to one’s race (and can be closely associated with ‘racial, ethnic, or cultural identities’) and is therefore protected under the city’s human rights laws, which outlaw discrimination on the basis of race, gender, national origin, religion and other protected classes.” The regulations are said to be the first of their kind in history. There is currently no legal principle in federal court for the protection of hair discrimination.

In a press statement New York City’s First Lady, Chirlane McCray said, “Bias against the curly textured hair of people of African descent is as old as this country and a form of race-based discrimination. There are too many places, from schools to workplaces and beyond, where the idea that the hair grows on the heads of people of African descent is, in its natural state, not acceptable. That prejudice extends to traditional hairstyles, designed as much for practicality and for beauty, but are seen as undesirable by European standards. This bias is deeply embedded in the messages, spoken and unspoken, that we receive every day.”

The Problem With "Professionalism"

Tags: New York City , law , hair , discrimination , ban , New York City Commission on Human Rights , feminist , pop culture, feminist, BUST magazine, women, humor, reviews, , feminism,
Support Feminist Media!
During these troubling political times, independent feminist media is more vital than ever. If our bold, uncensored reporting on women’s issues is important to you, please consider making a donation of $5, $25, $50, or whatever you can afford, to protect and sustain BUST.com.
Thanks so much—we can’t spell BUST without U.