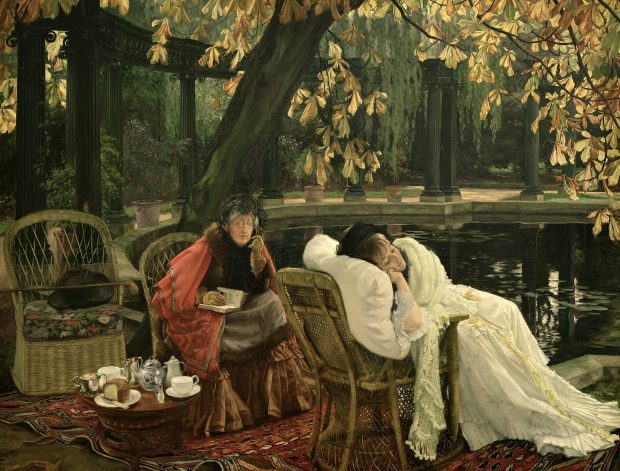 A cup of tea is the cure for any ill. And, in times of shock, the more sugar the better. This maxim was as true in the nineteenth and early twentieth centuries as it is today. There was no illness, personal loss, or otherwise calamitous event to which tea could not be applied with sympathy—and vigor.

Much of the historical advice about administering tea in times of trouble was given in relation to invalids. An invalid could be suffering from any manner of affliction, from emotional distress to real or imagined physical illness. In her 1906 publication A Handbook for Invalid Cooking, Mary Boland, a cooking instructor at Johns Hopkins Hospital Training School for Nurses, calls tea “a nerve tonic” and “a curative agent.” It was recommended for anyone who needed to be refreshed and re-invigorated. According to Boland:

“It is good for soldiers, hard-working people, travelers, and others who are much exposed to the rigors of climate.” 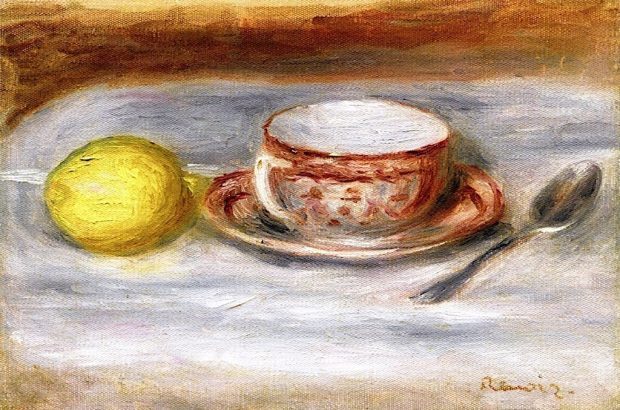 For invalids, tea was not merely a cure-all. It was a reassuring ritual. To that end, in her 1885 book The Invalid’s Tea Tray, Susan Anna Brown stresses the importance of aesthetics. For invalids especially, no chipped mugs need apply. As Brown explains:

"The first requisite in serving the meals of an invalid is absolute neatness. Spread a clean napkin over the salver; use the prettiest dishes you have; and if you can offer nothing better than a toasted cracker and a cup of tea, let everything be good of the kind, and daintily served.”

The tea itself was a more complicated matter than the quality of the tea cup. There were teas for every imaginable complaint. As mentioned above, hot black tea with lots of sugar was a panacea. For other ailments, there were beef teas, mutton teas, peppermint teas, violet teas, and horseradish teas. Some were not really teas at all—not in the strict sense. For example, for “cases of great extremity,” the 1881 edition of Household Words offers the following recipe for Cold Drawn Beef Tea:

"Mince a pound of rump steak very fine, put it into a basin with a cover, pour over it half a pint of cold water and let it stand a quarter of an hour, then stir well together and allow it to stand for another quarter of an hour. Drain off the liquid it is ready.”

The resulting “tea” wasn’t very appetizing, either to look at or to taste. For this reason, Household Words recommends the tea brewer “keep the patient in ignorance of the nature of this beef tea” through the addition of “a few drops” of food coloring. 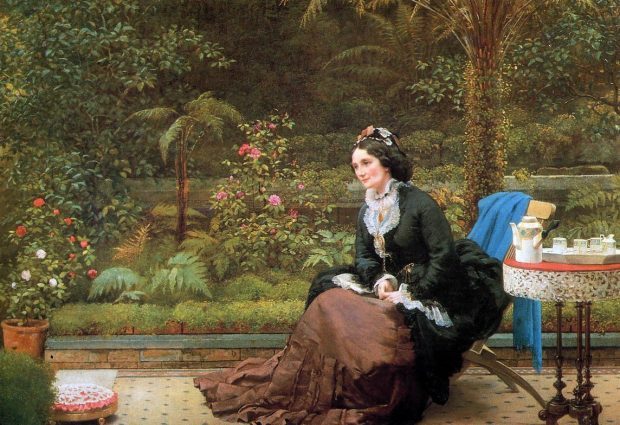 Other teas were far more palatable. In most cases, the tea was an infusion of boiled water and dried leaves or flowers of a particular plant. For example, violet tea was made from the dried flowers of wood violets, “lime flowers tea” was made from the blossoms of the lime tree, and spearmint tea was made from dried spearmint leaves. Some invalid teas were compounds of various flowers, fruits, and herbs. In her 1853 publication The Invalid’s Own Book, Lady Mary Anne Boode Cust provides the following recipe for Compound Chamomile Tea:

“Take twenty camomile flowers, the rind of half a lemon peeled thin, and four cloves; pour a breakfast-cup of boiling water upon them, and let them stand closely covered all night. In the morning strain off the liquor, and take a wine-glassful half an hour before breakfast.”

Speaking for myself, in times of stress or illness, the simplest tea is the best. Last week, my elderly cat Sapphire passed away. Afterward, a family member made me a cup of Darjeeling tea with lots of sugar. I can’t say that it worked magic on my grief, but it was certainly comforting enough to inspire this article.

Tags: tea , history , victorian , Mimi Matthews
Support Feminist Media!
During these troubling political times, independent feminist media is more vital than ever. If our bold, uncensored reporting on women’s issues is important to you, please consider making a donation of $5, $25, $50, or whatever you can afford, to protect and sustain BUST.com.
Thanks so much—we can’t spell BUST without U.