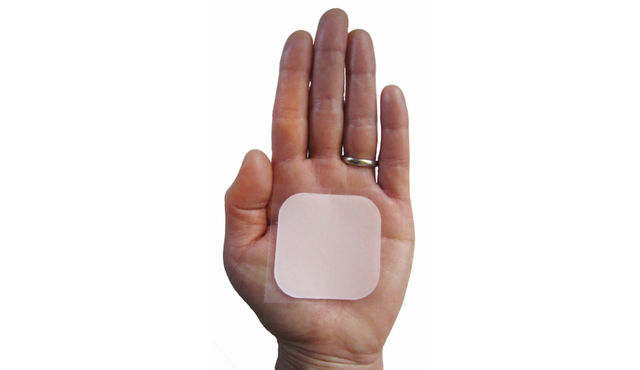 I started the pill in my late teens, mostly because my gynecologist told me it would help me overcome the horrendous cramping I experienced once a month. I was tired of cursing my uterus every time the intense hollow aching rocked my core and left me immobile. I was also concerned about how much Advil and Midol I was taking in order to dull the pain. After being on the pill for about three years, there was no improvement in my cramping and my body had been ravaged, so I decided to stop the pill all together. During my three-year relationship with the pill, I struggled with acne, weight fluctuations, mood and depression swings, and my painkiller intake didn't change. I was frustrated and sad and still in pain. Jess, from New Girl, seemed to be the only person who could fathom my pain.

Why did I stick with the pill, you ask? Well, because every time I talked about my frustrations with my doctor, I was told my body just needed time to adjust to the hormones. Apparently, it would take time, but there would be improvements if I could stick it out. After three years, I felt like I had given the pill ample time to show its worth, and it had failed. Enough was enough. I broke up with the pill and my body immediately began to heal.

As my health improved, I did a deep dive into birth control research, focusing on options that explicitly helped with menstrual cramping. Everything I found had a grab bag of side effects, and the only way to know how the method would affect you was to try it. After letting my body reset to a natural cycle, I was ready to try a different birth control method. I ended up trying the Nexplanon implant, which has been a better method for me in terms of mental and physical health. So far, on the plus side, cramping isn’t as severe, but on the downside, bleeding is more unpredictable.

Finding the right birth control for you can be frustrating: it can be expensive, hard to obtain, ineffective, and come with side effects. I am always on the hunt for new contraception, and recently, the journal Nature Biomedical Engineering reported on a new contraceptive patch that Georgia Tech has been working on.

This microneedle patch is designed to be self-administered by the user (no medical professional needed for implant) and it is an inexpensive, long-lasting contraceptive. The patch is expected to be a safe, painless, and effective option that would cost around $1 per one-month dose, making it accessible to a wider population. According to Nature Biomedical Engineering, users would apply the patch for five seconds once a month for a slow release of levonorgestrel, a contraceptive hormone. After applying the patch for five seconds, the backing can be peeled off and the biodegradable microneedles remain embedded in the skin, leaving little to no evidence or irritation at the application site. 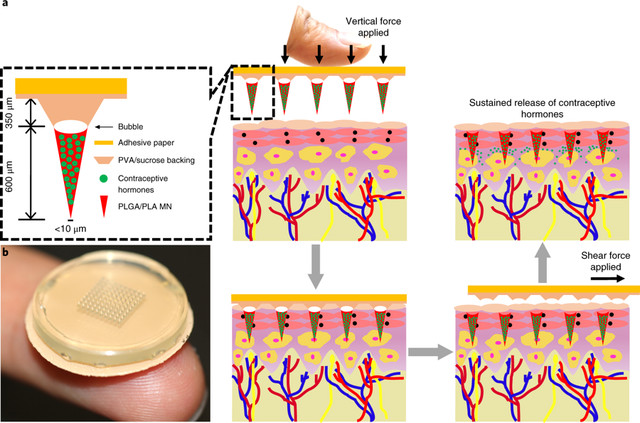 The Georgia Tech team has only tested the patch on rats and hopes to run more tests of the discreet patch on humans soon. Through additional testing, scientists say the patch’s hormones could be reformulated with different dosage amounts that have the potential to be tailored to the user's needs. NBC News reports that similar microneedle patch technology is being developed for needle-free vaccines.

In Nature Biomedical Engineering, the Georgia Tech scientistsreported that they believe there is an “urgent need to develop contraceptive methods that better meet women’s needs.” I wholeheartedly agree with their statement, and it is exciting to see researchers taking the time to put the needs of uteruses first. Overall, users will have greater control over their fertility with this simpler, more accessible, less-invasive method. Who knows? After further testing, this patch might be the next thing I try on my birth control journey, especially if it is found to be effective against cramps.

Women Around The World Are Reclaiming Their Body Hair This #Januhairy

This Massage Oil Made My Period Cramps Disappear

Tags: birth control , contraception , patch , pill , cramps
Support Feminist Media!
During these troubling political times, independent feminist media is more vital than ever. If our bold, uncensored reporting on women’s issues is important to you, please consider making a donation of $5, $25, $50, or whatever you can afford, to protect and sustain BUST.com.
Thanks so much—we can’t spell BUST without U.