The Girls' Guide To Budapest, Hungary

An imperial city with a seedy communist past, Budapest sits directly at the intersection of glamour and grit. By night, the “Capital of Freedom” is an illuminated fairytale split in half by the black waters of the Danube river, animated by partiers both foreign and domestic. By day, it’s a bustling capital boasting Turkish influences, Habsburg history, and the many scars of war. Like any good love affair, this affordable Central European gem is a heady combination of pleasure and history, destined to seduce even the most seasoned traveler.

Shop
Budapest has two main shopping centers, the UNESCO World Heritage Site Andrássy Avenue, and the Jewish Quarter. Sandwiched between the two you’ll find boutiques boasting distinctly Hungarian designs. Don’t miss Margot (Irányi u. 10, 1056), a boutique hosting only female Hungarian designers and hyper-feminine looks. It’s staffed by the designers themselves, so you’ll get the chance to chat about the pieces—like a pink velvet wide-brimmed hat or a leather handbag covered in hand-drawn naked ladies—with the women who made them. Then mosey on down to The Garden Studio (Paulay Ede u. 18, 1061) or Lollipop Factory (Király u. 24, 1061) for some seriously eclectic designs that could only be found in Eastern Europe. Think metallic hot pants, jewelry made from AstroTurf, and looks inspired by retro-futurism. For more sophisticated pieces hit Nanushka (Bécsi u. 3, 1052), run by a husband-and-wife team quickly gaining an international following for their satin dresses. 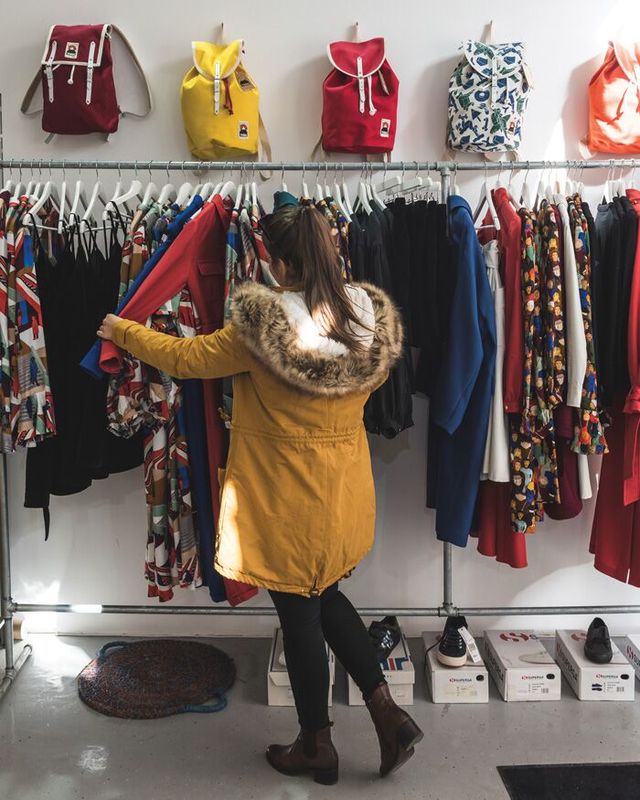 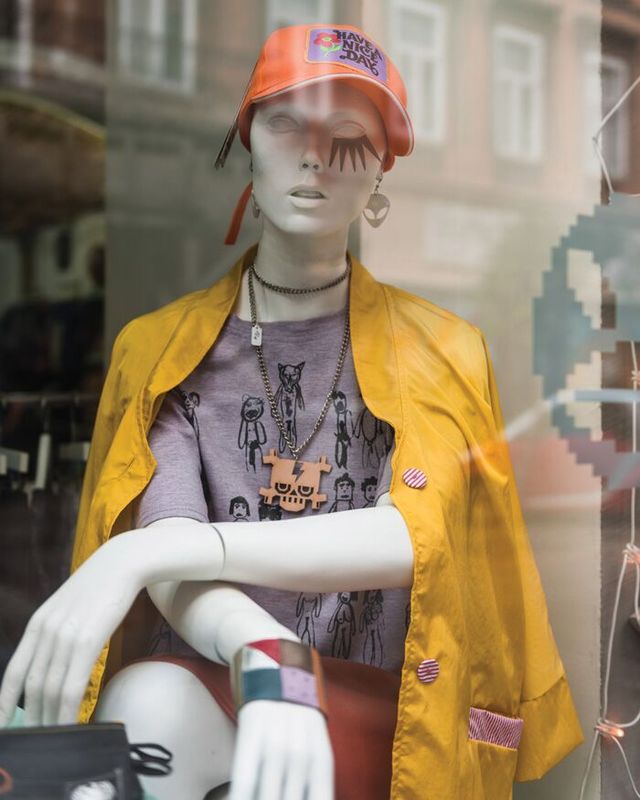 Bathe
Budapest is perhaps most famous for its thermal baths, and rightly so. Where else is it socially acceptable, nay, encouraged, to spend entire days soaking in hot water while drinking wine? The Turkish bath known as Rudas (Döbrentei tér 9, 1013) is a true Hungarian treasure. Floating around among the steam, waterfalls, and Medieval architecture, you’ll feel like you’ve been transported to another world where pleasure reigns and wine is cheaper than water. Since it’s open until 4 a.m. on weekends and boasts an on-site bar and nap room, there’s no reason to cut the fantasy short. Gellért Thermal Baths (Kelenhegyi út 4, 1118) is another local favorite. This art nouveau masterpiece is not to be missed by lovers of indulgence or architecture. 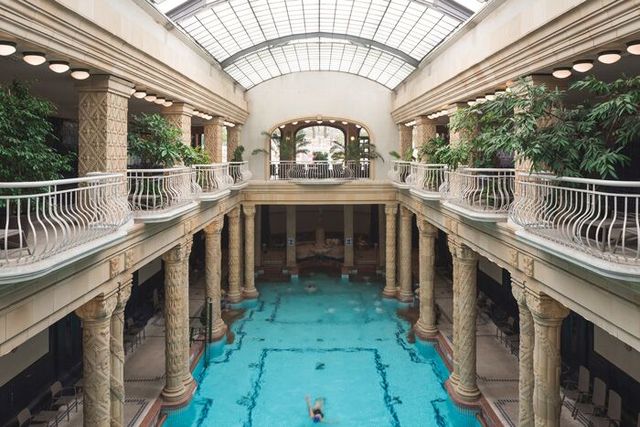 Eat
For dinner, stop by Onyx (Vörösmarty tér 7, 1051) to explore Michelin-starred interpretations of Hungarian cuisine. What’s Hungarian cuisine like? It’s basically comfort food whipped up by the most loving grandmother in the world—hot stews, potato dishes, and lots and lots of cheese. If you like a more traditional approach, grab a table at Drum Cafe (Dob u. 2, 1072) for hearty fare and decadent desserts flavored with nostalgia. Hungarians are famous for their sweets, so don’t miss the honey cake or palacsinta (Hungarian crepes). After a night of partying, score some langos—deep fried dough covered in garlic, sour cream, and local cheese—Hungary’s national hangover cure, on virtually any street corner. 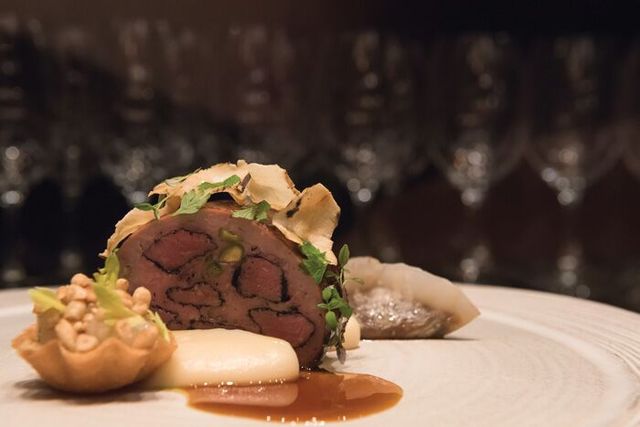 Drink
Iconic buildings destroyed by war, then reclaimed decades later by a bunch of aesthetically minded young folks in need of a place to party—what could be more Hungarian than Budapest’s famous ruin pubs? Don’t miss the gorgeous restaurant and ruin pub Mazel Tov (Akácfa u. 47, 1072), serving up artisan cocktails and Israeli fare. Just next door is the grungy, psychedelic Fogasház Kert (Akácfa u. 49-51, 1073). Eastern Europe might not always be the most friendly place for queer folk, but you can certainly find a safe haven at Auróra (Auróra u. 11, 1084), a queer community space, nightclub, and bagel shop. And of course, you can’t miss the one that started it all, the original ruin pub, Szimpla Kert (Kazinczy u. 14, 1075). Go on a weekday to skip the crowd. 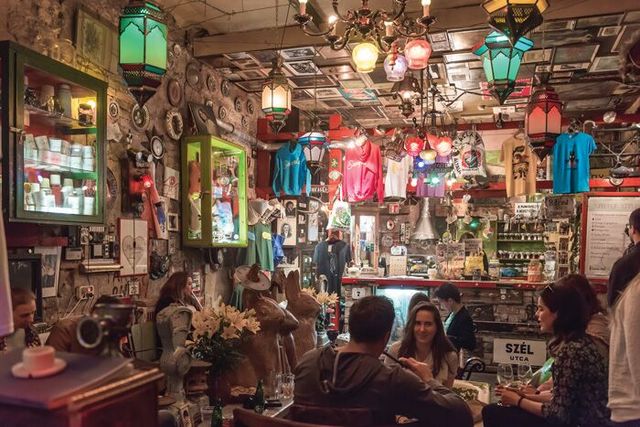 Culture
Beauty abounds in Budapest. Fisherman’s Bastion, a lookout point on the Castle Hill (Szentháromság tér, 1014), hosts romantic views of the Danube. Art lovers can head to the nearby Hungarian National Gallery (Szent György tér 2, 1014) inside Buda Castle to see the most beloved pieces of Hungarian art. For a more mystical experience, glide over to Gellért Hill Cave and wander around the once forbidden Cave Church (Szent Gellért tér 1, 1111). Conquered time and time again, Budapest still showcases art bearing the influences of its many invaders, while remaining true to Hungarian culture. One of the best examples of the singularly Hungarian cultural legacy is the Museum of Applied Arts (Üll?i út 33-37, 1091), which spotlights the architectural elements that have made Budapest so strangely majestic. 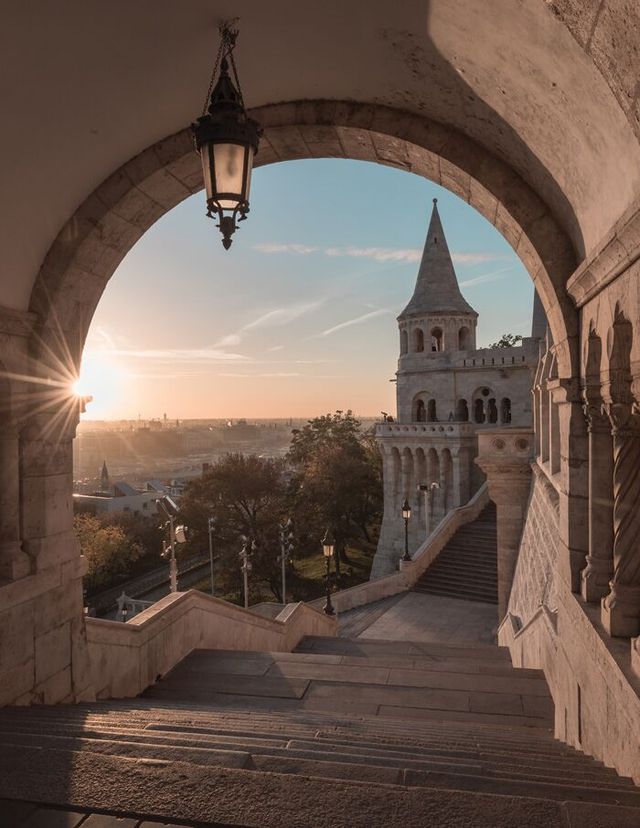 The Girls' Guide To Reno, Nevada

The Girls' Guide To Shanghai, China