Women Around The World Are Reclaiming Their Body Hair This #Januhairy 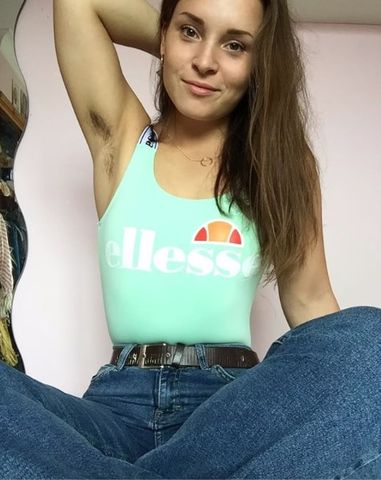 Laura Jackson, a drama student at the University of Exeter in the U.K., grew out her body hair in May 2018 for a performance, and her choice resulted in mixed reactions. In an Instagram post, Laura explained how she felt liberated and confident in herself and her body hair, but a few people did not understand or agree with her decision to not shave. As a result, Laura has started the #Januhairy movement, encouraging women to embrace their body hair and challenge the taboo of body hair on women.

In addition to starting a global social media movement, Laura put together a Crowdfunding page to raise money for Body Gossip, a body-positive charity that, according to their website, “combines Arts and Education to empower every body to be the best version of themselves and rock their own brand of gorgeous.”

When I was twelve, my mom sat me down on the side of her bathtub and taught me how to shave my legs. She explained how easy it was to accidentally cut yourself with a razor, so I became frightened of shaving too fast. My mom regaled me with stories about her first shaving experiences and how she tried other hair removal techniques like waxing and Nair. Nair or what my mom called “No Hair!” was apparently pungent enough to remove nostril hairs with one sniff.

I, fortunately, stayed away from Nair, but throughout high school I continued to shave my legs (rarely above the knee) and under my arms, because I thought of shaving as a part of growing up and a societal beauty standard for women that I had to participate in to be considered beautiful or desirable. Once I finished high school, shaving and waxing became an often painful chore that was, for one, money- and time-consuming; I would often use soap instead of shaving cream to save money, or purchase deodorant and razors marketed towards men because they were cheaper and more effective. 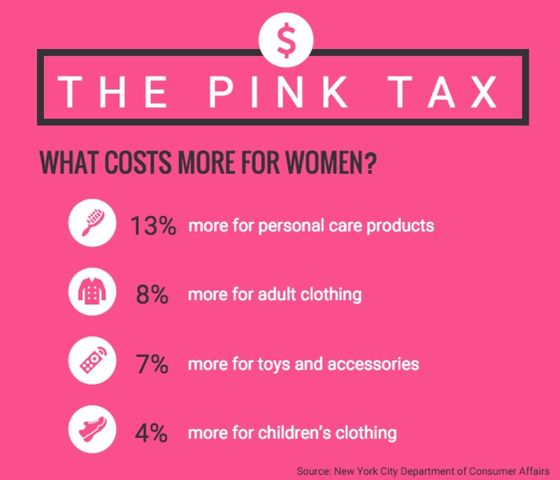 In 2015, the New York City Consumer Affairs conducted a study, called "From Cradle to Cane: The Cost of Being a Female Consumer," about gender pricing of goods across multiple industries like toys, clothing, and personal care products. Across the industries, the study found that products marketed to women cost 7% more than those marketed to men. They also found that women’s products cost more 42% of the time, while men’s products cost more 18% of the time. This study’s findings suggested that women pay thousands of dollars more over their lifetimes than men do for products that are lower in quality, but ladylike in look.

I chose to stop removing my body hair at a frequent rate because, in addition to being tired of the Pink Tax, the pressure to shave or not to shave was one of the many things impacting my struggle with self-love. Eventually, my relationship to body hair and body positivity improved; I was no longer shaving because society told me to, and it felt great.

Women who grow out their body hair are often shamed for being dirty or lazy, or for trying to make a political statement. Women should be able to wear or not wear their hair as they please. It's also important to realize how gender-normative shaving is. In a 2017 BUST article entitled "4 Reasons Why I Broke Up With My Razor," Bri Kane wrote about our often narrow understanding of the body hair discussion; "whether someone shaves their legs, face, arms, genitals etc. can be part of their gender expression and an expression of their authentic selves." If letting body hair grow naturally feels empowering, that’s awesome. If removing body hair makes somebody feel confident, that’s awesome, too! Some days I feel like shaving, and sometimes I don’t. It's cool because it's my body, and I, along with everybody else, should be able to make choices about their bodies without feeling shamed one way or another.

Nobody gives men a hard time in November when they raise awareness and money for men’s health issues during #Movember, and nobody should give women a hard time in January when they raise awareness and money for body positivity and empowerment during #Januhairy. The stigma against female body hair is being challenged by women around the world participating in #Januhairy, and that’s an incredible way to start out the New Year.

Tags: body hair , #januhairy , empower , laura jackson , to shave or not to shave
Support Feminist Media!
During these troubling political times, independent feminist media is more vital than ever. If our bold, uncensored reporting on women’s issues is important to you, please consider making a donation of $5, $25, $50, or whatever you can afford, to protect and sustain BUST.com.
Thanks so much—we can’t spell BUST without U.