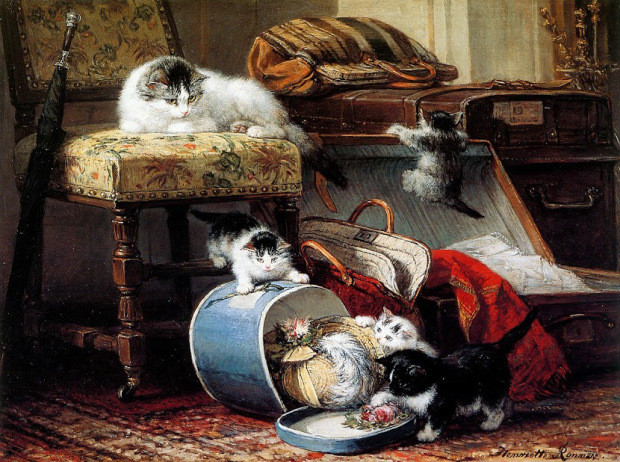 If we are curious about the origin and characteristics of an animal today, we look it up on the internet. Decades ago, we would have used an encyclopedia for such research. In the early 19th century, however, there were handy books like Peter Parley’s Tales of Animals: Comprising Quadrupeds, Birds, Fishes, Reptiles, and Insects (1835). In this fascinating book, the early 19th century researcher could learn about such animals as the “Ourang-Outang” and become acquainted with what the author declares are “astonishing facts” and “deep and important reflections.” As can be expected, these reflections were anything but flattering to that most treacherous and conniving of mammals—the domestic cat.

Parley leaves one in no doubt of his feelings. When describing the character of the domestic cat, he writes:

“The Cat is assiduous to please, but is sly, distrustful, and treacherous. She will take advantage of your inattention to steal your breakfast; and if by chance you tread on the tail of one that has been the favourite of years, she will turn on you with teeth and claws, and retaliate the accident with the fiercest spite. Their affection is only apparent; they are not attached to persons, but to places. They do not easily exchange their residence, but they forget their old friends and form a new attachment, in cases where one family leaves a house and another enters it, with great facility.” 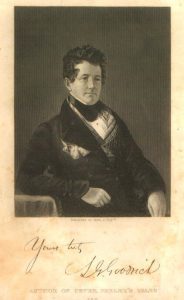 You will note that Parley refers to cats in the feminine. One might even infer that he considers the traits he describes to be essentially female traits. This supposition is further strengthened as he continues to write of the “curious particulars” of the domestic cat:

“Notwithstanding these unamiable traits, her grace, beauty, softness, and insinuating manners, make Puss a general favourite, particularly with ladies. If Peter Parley had any friends among them, he would whisper in their ear, not as reproach, but as warning, that Puss resembles some of their other favourites, possessing more grace of manner than sincerity of heart. I hope none of my readers will learn to value beauty and accomplishments more than truth and virtue, because some people attach superior importance to them.” 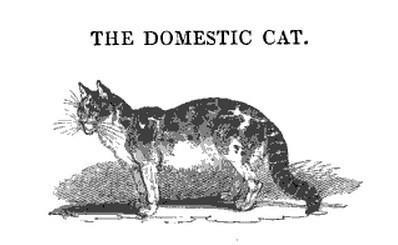 Image of Domestic Cat from Animal Tales by Peter Parley, 1835.

This may, of course, be nothing more than a typical, early-Victorian morality lesson. It is not at all uncommon to see authors of this era drawing parallels between some aspect of animal behavior and human nature. Often, the connections are tissue thin, but that has not stopped a 19th century moralizer yet. In this case, attributing human emotion to the instinctive actions of a feline does the domestic cat a huge disservice. For instance, instincts for hunting, are viewed as “a ruling desire for destruction.” And a previously tame cat who instinctively lashes out after an injury is seen as being “spiteful.”

Are kittens to be judged as harshly as adult cats? Parley does not think so. He writes fondly of the “playfulness of kittens” and admits that “nothing is indeed more amusing than their happy gambols.” However, he deeply laments that such gentle youngsters should ever grow into such vicious adults, writing:

“Alas! that they should ever cease to be kittens, and get to be old Cats; that they should lose their gentleness and vivacity, and become grave, cunning, selfish, long-faced prowlers, going about seeking what poor rat they may devour!”

Based on this passage, one might be led to believe that Parley feels more sympathy for the rat than the cat! Later, Parley clarifies his feelings, confessing that “to do Puss justice” the human race could not do well without her. He states:

“But for her, our houses would be overrun with rats and mice, and our very food would be stolen and carried away by these greedy creatures.” 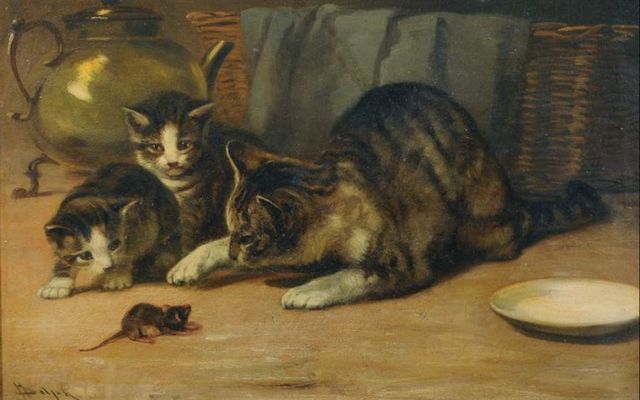 On the topic of feline intellect, Parley is a bit more complimentary—even if his praise is somewhat backhanded. He explains that cats may be taught to perform tricks, like leaping over a stick, but he is sure to remind his readers that “they always do such feats unwillingly.” As an example, he cites a recent exhibition of cats in Regent Street, London:

“…where the animals, at the bidding of their master, an Italian, turn a wheel, draw up a bucket, ring a bell, and, in doing these things, begin, continue, and stop, as they are commanded. But the command of their keeper is always enforced with a threatening eye, and often with a severe blow; and the poor creatures exhibit the greatest reluctance to proceed with their unnatural employments. They have a subdued and piteous look; but the scratches upon their master’s arms show that his task is not always an easy one.”

Parley wisely continues his article on domestic cats addressing such topics as the electrical properties of cat fur and the probability of a cat sucking the breath from an infant. He ends the article reminding us that cats are no different from their wild cousins the lion and the tiger. He states:

“The invariable characteristic of the race, of whatever form, of whatever colour, of whatever physical power, the individual variety may be, is a ruling desire for the destruction of animal life. In some species this desire is carried into action with more boldness, in others with more cunning; but in all there is a mixture of cunning and boldness, more or less mingled with a suspicion which assumes the appearance of fear, the unchanging property of all treacherous natures.” 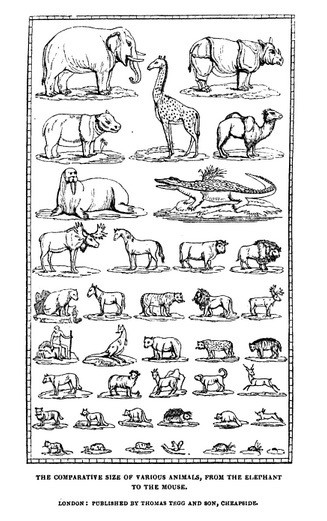 The Comparative Size of Various Animals, from the Elephant to the Mouse. Chart from Animal Tales by Peter Parley, 1835.

Was Parley as severe on the domestic dog? The answer is no. According to Parley, the dog is endowed with all the “fidelity, courage, and intelligence” that the cat lacks. Not only that:

“They even display traits of character from which mankind themselves might draw examples worthy of imitation.”

In the following brief passage, in which the dog is predictably assigned a male persona, Parley describes the domestic dog’s estimable character:

“Always assiduous in serving his owner, and only a friend to his friends, he is indifferent to everyone else. Constant in his affections, friendly without interest, and much more mindful of benefits than injuries, he is not alienated by unkindness, but even licks the hand that has been just lifted to strike him, and eventually disarms resentment by submissive perseverance.”

Peter Parley was the pseudonym of American author Samuel Griswold Goodrich. He was born in 1793 and died in 1860. Did he dislike domestic cats? Or was his prejudice merely a reflection of the general ignorance of the age? Certainly fear and hatred of felines was nothing new. Cats have been viewed with negativity since the middle ages. But considering that his book was a resource for those seeking information on animals, it is a prime historical example of how ignorance and prejudice begets more ignorance and prejudice. One wonders in such circumstances how common sense and scientific knowledge ever prevailed. 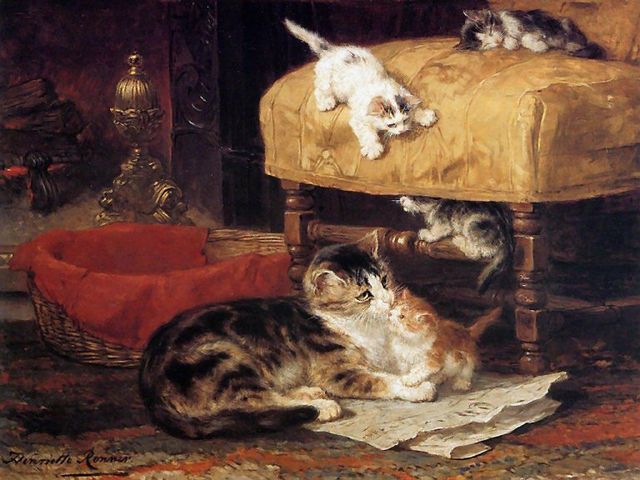 Tags: Victorian era , cats , Peter Parley , Mimi Matthews
Support Feminist Media!
During these troubling political times, independent feminist media is more vital than ever. If our bold, uncensored reporting on women’s issues is important to you, please consider making a donation of $5, $25, $50, or whatever you can afford, to protect and sustain BUST.com.
Thanks so much—we can’t spell BUST without U.