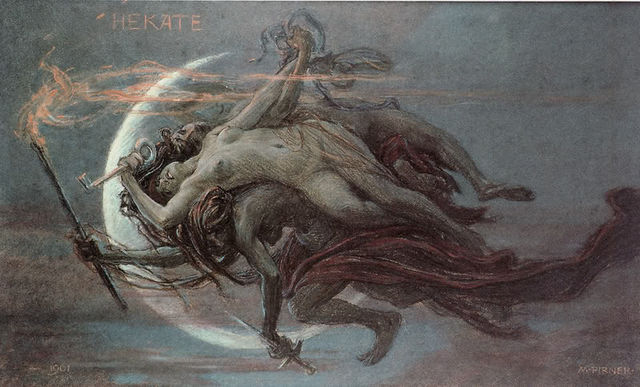 Goddess of the night, the moon, and magic—Hecate is the witch who controls all other witches. Known as the Crone Goddess (of the Waning Moon, the most powerful lunar phase), Hecate is a goddess who presides over the earth, sea, and sky. She has the power to create storms, manifest chaos, and guard others, allowing refuge and safety. She also serves as the protector of all women, newborn living creatures, and witchcraft—thus making her one of the most powerful goddesses in Greek mythology and the Divine Mother all witches. 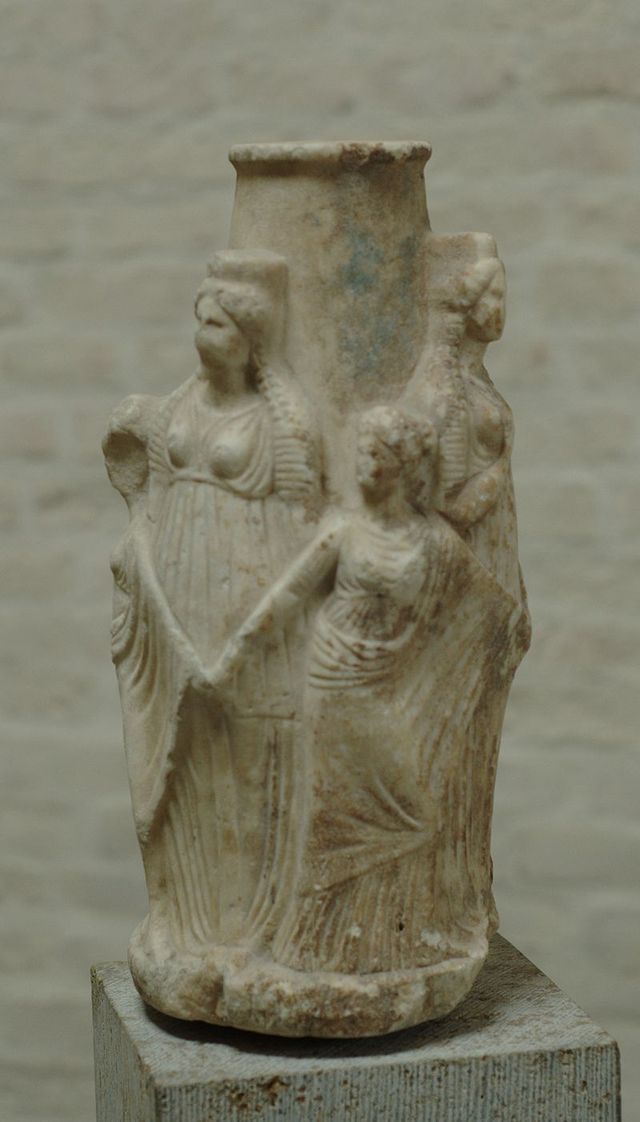 Hecate was feared by Zeus for her ability to transcend between worlds—to shuffle between the Mortal Coil and the Underworld, without hesitation. She was also dreaded for her fierce independence. Zeus could not find Persephone and urged Hecate to not search for her. Hecate disregarded his command and found Persephone, thus, proving her strength as a Titan.

By not sacrificing herself to another, Hecate remains immortally virginal—helping guide and protect children, shepherds, and sailors navigating the sea. Hecate is also a protector against evil spirits and is worshipped as a guide to help others transition to the “other side” when dying. With her three-sided head looking to the Past, Present, and Future, “the Goddess of the Crossroads” can foretell which humans are worthy of her magic in one glance. 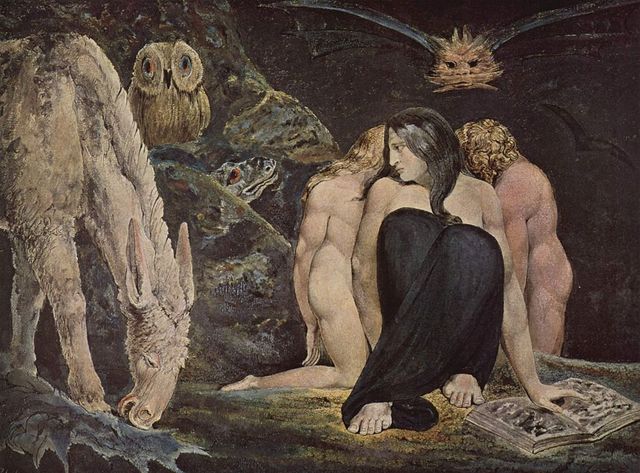 The Triple Hecate (1795) by William Blake, via Wikimedia Commons

Hecate remains an important figure in mythology. Her power exceeded Zeus’s, showing both the immortal and mortal world that women are stronger than men, debunking tales that patriarchal society has made us all believe. She is demonized in mythology; however, she known by humans as a virtuous protector and sorceress of life. This Halloween, acknowledge Hecate’s strength. Recognize her as the ultimate protector of all realms of existence.

Tags: Hecate , mythology
Support Feminist Media!
During these troubling political times, independent feminist media is more vital than ever. If our bold, uncensored reporting on women’s issues is important to you, please consider making a donation of $5, $25, $50, or whatever you can afford, to protect and sustain BUST.com.
Thanks so much—we can’t spell BUST without U.