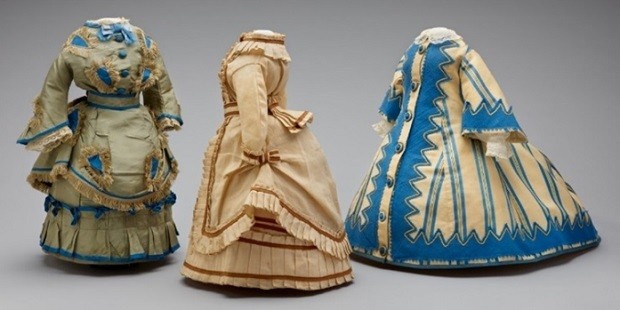 In November, the Philadelphia Museum of Art will be presenting a new exhibition titled Little Ladies: Victorian Fashion Dolls and the Feminine Ideal. It features four gorgeous Victorian dolls and their equally gorgeous Victorian wardrobes. The dolls—known as Miss Fanchon, Miss G. Townsend, Miss French Mary, and Marie Antoinette—were all made in France during the 1860s and 1870s. They have painted bisque heads, leather bodies, and measure between 18 and 22 inches in height. The Philadelphia Museum of Art calls them “the ultimate toy for privileged girls of this period,” but these dolls were much more than mere toys. They were models of perfect Victorian womanhood.

In the Victorian era, well-to-do ladies were expected to dress well and excel in their social and domestic duties. Fashion dolls gave little girls a chance to play-act the role of a fashionable lady long before taking on the role in real life. Some Victorians even went so far as to claim that, for little girls, fashion dolls were a necessary step in cultivating the art of tasteful and effective dressing. As the cover of the 1872 book The Doll’s Outfit proclaims, "The girl who takes pride in dressing her doll well is therby learning to dress herself in a suitable and tasteful manner." 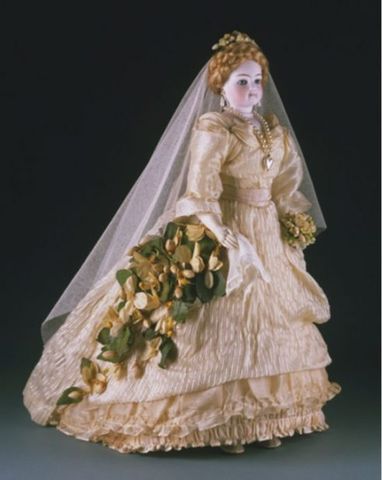 According to exhibition organizer Kristina Haugland, the Le Vine Associate Curator of Costume and Textiles, and Supervising Curator for the Study Room, this holds true:

The fortunate young girl who played with one of these dolls—changing clothes for different times of day, paying social calls, hosting tea parties, and mimicking other grown-up behaviors—could imagine her future life. Such play helped her master the arts of dressing and etiquette and become familiar with accepted social conventions, important lessons in the Victorian era, which defined the ideal woman’s role to please, adorn, and refine. 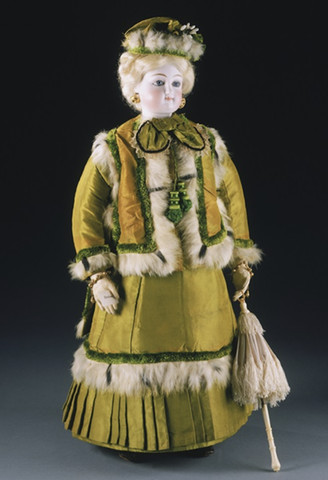 Like the images of women in fashion plates, dolls exemplified ideals of genteel female appearance…Both depicted vividly colored, self-contained figures who represented luxury, elegance, and leisure, and both were designed to inspire a passion for femininity in girls. 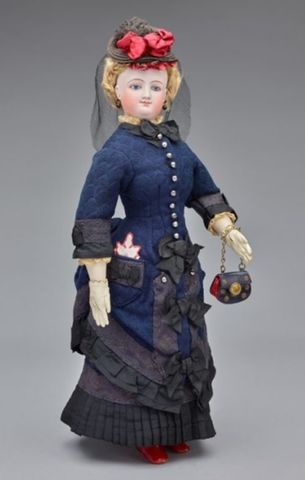 To that end, the dolls’ clothing and accessories in the Little Ladies exhibit are intricate, miniature versions of those worn by fashionable ladies of the day. There are dresses for every occasion, as well as a full range of undergarments, outerwear, bonnets, jewelry, fans, and footwear. Each piece is remarkably detailed. For example, Miss Fanchon’s two-inch gloves have all the features of full-size gloves, including gussets and button closures. 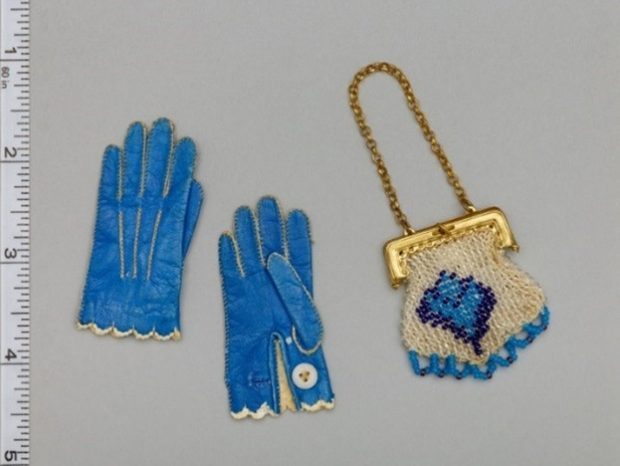 In addition to clothing and accessories, the dolls also come equipped with a plethora of diverse personal items. There are toothbrushes, combs, books, visiting cards, a sewing kit, and even roller skates. 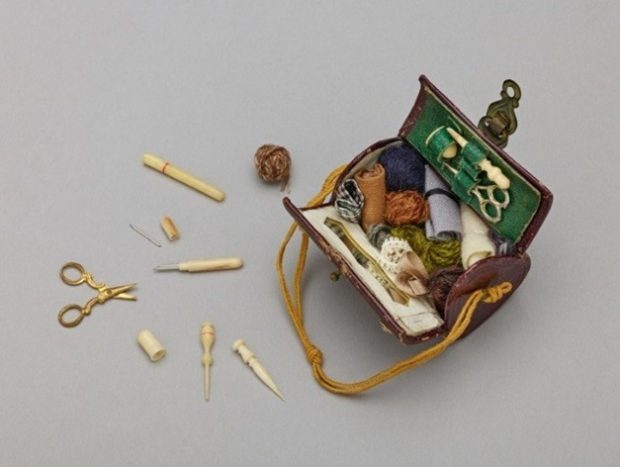 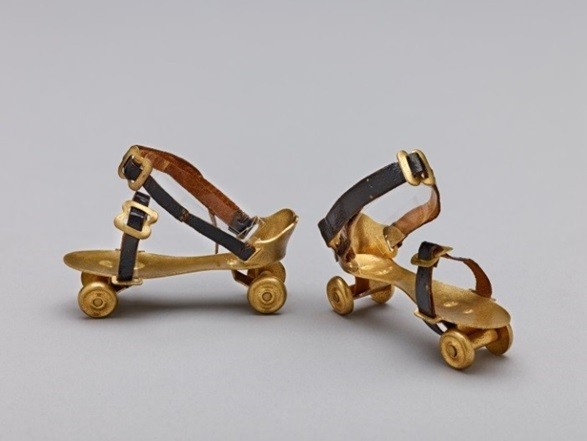 This miniaturized depiction of femininity didn’t sit well with all Victorian women. In fact, according to Marcus: "For many Victorian feminists, the doll was a metaphor for women’s status as inferior playthings."

Lucky for us, the Little Ladies: Victorian Fashion Dolls and the Feminine Ideal exhibit promises to highlight not only “the delights of these special playthings” but also “the roles of fashion, toys, dressing up, imagination, play, and gender roles.” It will also examine “how social ideals and values are shaped and often subtly imparted to children in entertaining ways.”

The exhibit will run from November 11, 2018—March 3, 2019. For tickets, or for more information, please contact the Philadelphia Museum of Art.

Tags: Victorian , fashion dolls , feminine , history , art , sculpture , Little Ladies , clothing
Support Feminist Media!
During these troubling political times, independent feminist media is more vital than ever. If our bold, uncensored reporting on women’s issues is important to you, please consider making a donation of $5, $25, $50, or whatever you can afford, to protect and sustain BUST.com.
Thanks so much—we can’t spell BUST without U.