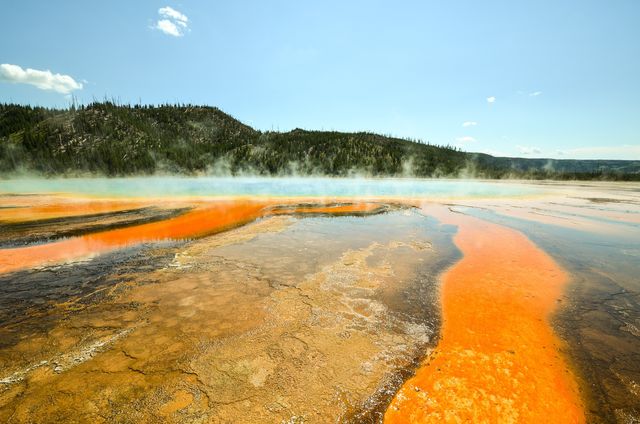 Two years ago, in the midst of a blue period, I decided to attend a meditation retreat.

In the space of a month, I had my heart broken, lost my job, and was rejected from every graduate program I applied to for a public policy degree. During that time, I travelled through most days like a ghost, unable (despite how many Wikihow pieces I read) to rid myself of some deep and great loneliness. To make matters worse, I ran into my ex, a smug PhD student, the same week I received the news about my work.

“So school, then?” he said expectantly. “No,” I replied, running to cross the street and go cry anywhere but there.

Later that same month, I discovered my first gray hair at the age of 26.

Over lunch in San Francisco, I told a good friend about my troubles. She mentioned a famous hippie retreat center she’d been to with clothing-optional hot springs. The cynic in me outwardly sneered with disapproval at this suggestion, as I scrolled through the website on my phone.

After lunch, I went home and kicked around my bedroom a bit. I slowly slid my body to the floor in order to be as physically low as I felt. I thought about my gray hair. Reaching up to the bed beside me, I touched the space where my ex used to sleep.

I pulled up the center’s website again. The pictures of glowing cabins, rocky coastline, and wildflowers did seem appealing. I fantasized about looking out over the ocean at sunset: the black outlines of cypress trees juxtaposing boldly against the horizon, the skies fading, not unlike the inside of a peach, from deep magenta to orange-yellow.

I was depressed, single, jobless, graduate-school-acceptance-less. Gray. If there was any time to go on some hippie adventure, I reasoned, this was probably it. I inhaled deeply and pressed the “Accept Charges” button. A week later, I was shuttle-bound from San Francisco to Big Sur, and into a New Age.

Upon arrival, I checked into the shared cabin I was assigned and was relieved to find it empty. Some precious moments of solitude passed. I took a few long, deep breaths, swigged some water, and began unpacking my things. I relished the silence in the room. Before long though, the door jingled and a plucky stranger interrupted my peace. She wore an oversized sunhat and white v-neck beach cover-up, and looked familiar. I was tempted to ask if she was an actress. She was in superhuman good shape.

After chatting casually for a few minutes, it became clear that she was a member of a cult that located itself somewhere in L.A. She had come to escape them (or take a break as she put it). “They’re concerned I’m moving away from them.”

I asked if she’d gone to the hot springs yet. She hadn’t, but was headed there now. Would I like to join her? I agreed to meet her there shortly.

A somewhat steep path led to the springs, carved jaggedly out of rust-colored mountainside. I walked gingerly down the steps of the building that housed the pools. Inside, among the swirling flesh tones, boobs, and butts, there wasn’t a single clothed person to be seen.

Nudity not seeming particularly “optional,” I removed my clothes, showered, and stepped out onto the beige platform. A man with a salt-and-pepper ponytail was rubbing sunscreen into a woman’s leathery back. Light laughter crackled pleasantly like kindling in a low fire. The stones were cool beneath my feet and I had absolutely no idea what to do with my arms. Should I have my hands by my sides or across my chest? I panicked. Sides, I resolved.

I quickly spotted my new roomie, her comically large hat flopping along with her bare breasts as she motioned for me to join her and a young couple in a nearby tub. I eased myself in beside her, nodding in greeting to the couple and watching the water displaced by my body lap over the side of the cliff down to the shore like in an infinity pool.

“We do it in our community with a lot of great results,” she said, staring back at the husband and wife.

Some more niceties were exchanged. Then we all fell silent as we stared out over the water. Dolphins jumped in the distance. Whip cream-colored clouds shifted slowly into unicorn shapes. The whole scene was like a Lisa Frank folder.

“Yeah, this is just insane.”

The next morning, I climbed a small hill to my assigned classroom: a “yurt.” The front entranceway mudroom was lined with the Tevas and Danskos of a dozen or so other participants. Two instructors walked in and we did the requisite icebreakers.

Following our introductions and a relatively tame breathing exercise, we were told to pair off into what one instructor called “listening dyads.” My inner haterade-drinking voice snorted with judgment, as I rose to begrudgingly look for a partner.

I shuffled around the light gray-carpeted room, watching new pairs seat themselves on corduroy Crazy Creek chairs or plush red cushions. Another woman without a partner emerged from the crowd. During the first minutes of class, she made a point of talking about the special varietal of Tarot cards she brought with her to share. “Fairy cards,” she called them. She was there with a much older man, presumably her partner, but at least 15 years her senior. Oh goodness, I thought as we nodded and moved toward one another. She enclosed me in a non-consensual hug.

Once seated, one of the instructors spoke for a few minutes and then rang a gong to begin an active listening exercise where we took turns asking one another “Who are you really?” The exercise was designed to become increasingly intimate, as you ask your partner the same question three times in succession. At the end of three two-minute answers to the question, each partner was allowed a few minutes to react to what they heard.

Our first statements started off simple and light, the way a guitarist warms up with a few chords: “I am a woman. I am a daughter. I am a friend.” They quickly turned more serious.

I learned about my partner’s teenage son, her divorce, the years she thought of as lost. She talked explicitly about her renewed emphasis on sensuality as she unpacked intimate details of her and her beau’s sex life. Shocker, they were pretty freaky.

In response, I told her about my fascination with beauty, the tension I feel between creativity and pragmatism, my inability to indulge. I felt lonely, heartbroken, and scared. I struggled to divulge "who I really was." Having no career, no boyfriend, no apparent direction or future plans, I wasn’t sure what to say.

The only thing I’d been able to do in the preceding weeks was produce a couple of very strange, abstract paintings. I’d brought a picture of one of them with me. To me, my painting looked like a giant bull saddled as if at a rodeo. Instead of a cowboy, its rider was a difuse, colorful heart being bucked in every direction. I showed it to her.

When it came time to react to what had been said in the pairs, she offered to go first.

I imagined her starting off by telling me she thought I was navel-gazing or by making some other harsh critique. Then it occurred to me that she might take this as an opportunity to further some sort of political agenda. Alternatively, I considered the possibility that she might just respond with something polite and empty—this was our first attempt at the exercise, after all, and it was a lot of pressure. Instead she sat up straight and said:

“It strikes me how easy it would be to fall in love with you.”

The statement floated between us. I waited for it to sink; it remained, swaying and shifting, as if buoyed by the room’s salty sea breeze. When I came to, my first thought was that this must be insincere. I looked away, feeling ashamed of myself for hoping I would find anything in this hippie exercise besides platitudes about peace and love. Maybe this whole trip was a fool’s errand and places like meditation centers were best left to gather dust in the collective imagination along with aggressive ‘70s sideburns and non-ironic usage of the word “groovy.”

But then, compelled mostly by a desire not to appear rude, I looked back. I really looked.

I returned to my partner’s eyes. They were clear, and large, and fixed on me. I stared so deeply that I could see her tear ducts glisten and a tiny knot of veins in the corner of one socket tense as she blinked. She was crying. She shrugged and blew out her next breath with an unstudied, exasperated, and irrefutably sincere show of emotion. I burst into tears. This woman had seen me. She had heard me.

It was perhaps the most accepted I’ve ever felt in my life.

In that moment, something shifted. Until then, I had only been reminded of my humanity through the specter of my own suffering. It never occurred to me that such a reminder could come through the acceptance of a complete stranger, through their love. And I never would have guessed that this lady—with whom I thought I had nothing in common, who I had essentially dismissed out of hand—would be the person to deliver such a message. If someone I had only spoken to for a matter of minutes could imagine falling in love with me, then certainly I couldn’t be destined to be alone forever. I stammered in response, I was so overtaken. I’m not sure what I managed to say back to her.

When the exercise ended, she wiped her tears and I wiped mine. We embraced one another. Then we separated. I saw her and her gentleman friend one more time outside class and we smiled from afar at one another, complete strangers once again.

I still struggle sometimes to put the experience into words. Maybe using common phrases people rely on when they have a shift in perspective might help like “my life flashed before my eyes.” Maybe structuring it with religious undertones or creating a designated space in which one reflects on this sort of thing is the way to express what happened.

Or maybe it’s helpful to say what came next: I became an artist. Or rather, I stopped pretending I wasn’t one. I began talking about my dreams. I started living them.

By allowing myself to be seen by someone else, I learned a new way to love myself.

Embracing Self-Love In A Time Of Hate: A Flowchart

How Being Naked Challenged My Definition Of Self Love

Lila Kalick is a visual artist, fiction writer and essayist living in the Bay Area, and is currently working on an MFA in Creative Writing at Mills College. She is a former editor at The Huffington Post. Follow her at lilakalick.com and on Instagram @lkalickart.

Tags: self-love , self-esteem , nudist , meditation , personal essay
Support Feminist Media! During these troubling political times, independent feminist media is more vital than ever. If our bold, uncensored reporting on women’s issues is important to you, please consider making a donation of $5, $25, $50, or whatever you can afford, to protect and sustain BUST.com. Thanks so much—we can’t spell BUST without U.