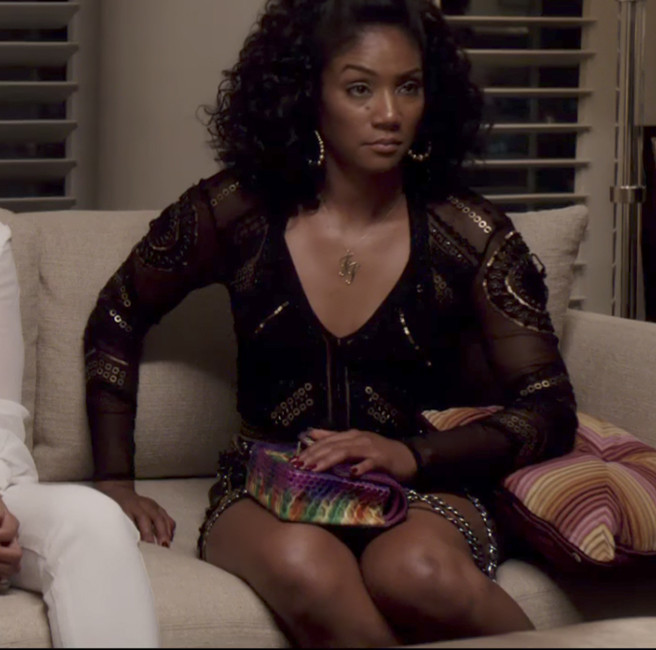 Tiffany Haddish recently opened up about the pay gap for women in Hollywood.

“A lot of times we don’t open our mouths because we don’t even really know what we’re supposed to get. So, that’s why I do the research. I ask around," she said in an interview with Variety.

Haddish believes women would know what is reasonable to ask for (and feel more comfortable doing so) if they were aware of the general pay rate for men. This requires women to create an open dialogue around money.

“You know what they say? 'A closed mouth don't get fed' and I think the reason why, a lot of times, we don’t get paid the same as men do is because we don’t talk about it… I’ve made friends with line producers that cut those checks, production managers, so I can be like, ‘So, on average, how much does a girl get paid for? How much does a guy get paid?’ OK, I’m gonna ask for the guy fee on this one…”

In a society where women are led into careers wherein they are simultaneously put down and held up to impossible standards of perfection, the reasonable thing to ask for can be difficult to discern. But Haddish has a few simple words of advice.

“I figured out the method to the madness is to know your worth, don’t settle for less. Speak up, be you, be the best you that you can be, do whatever it is you love to do, and by all means necessary.”

As many of us know, simple doesn’t always mean easy and can require a lot of work. De-institutionalizing the unfair pay gap between men and women is a complicated and intricate process. Exercising self-worth? Maybe even more so. For the US, the next Equal Pay Day is April 2nd, 2019 and while the phrase "equal pay day" has a nice ring to it, it symbolizes how far into a calendar year it takes a woman to earn the same amount a man would make in the previous year. In other words, it takes a woman over 16 months to earn what a man would in 12 according to pay-equity.org. The pay gap is even greater for women of color and working class women.

Still, there is always something we can do to educate ourselves and learn to take seriously the empowering words of Haddish:

“Fuck that! You are smart! You’re dope. You deserve the best! That kind of language needs to be happening more especially for young women. Because there are so many of us out here with low self esteem where we know we can do something but we just aren’t sure if it’s OK, because mostly the guys do it, or everybody tells me I need to be quiet. No! Speak up, be you, be the best you that you can be, do whatever it is you love to do, and by all means necessary.”

Tags: Tiffany Haddish , pay parity , pay equity , Hollywood sexism , feminism , Girls Trip , SNL
Support Feminist Media!
During these troubling political times, independent feminist media is more vital than ever. If our bold, uncensored reporting on women’s issues is important to you, please consider making a donation of $5, $25, $50, or whatever you can afford, to protect and sustain BUST.com.
Thanks so much—we can’t spell BUST without U.