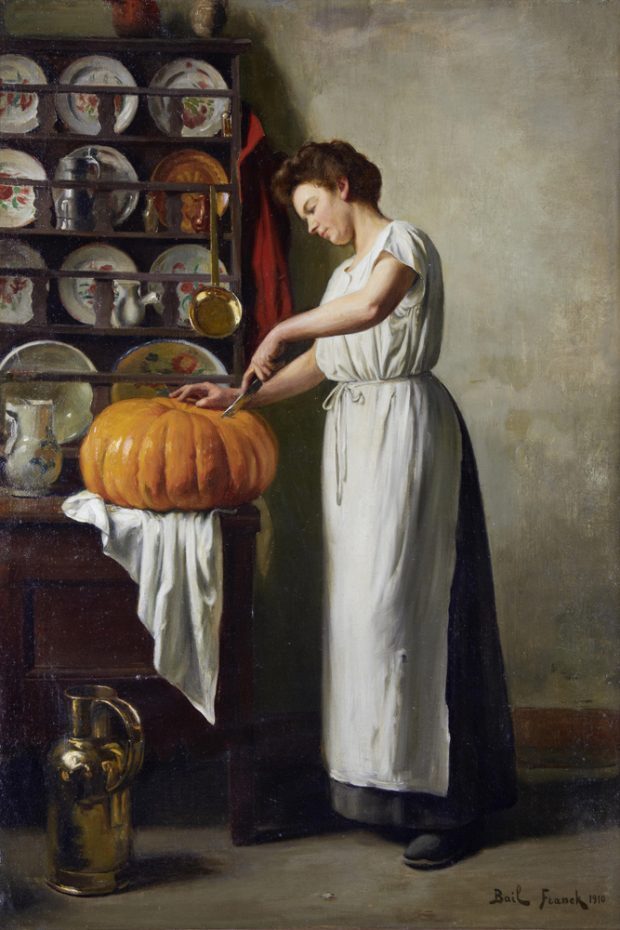 Today, if you don’t wish to hand out candy on Halloween, you can simply switch off your porch light to indicate that you are not at home to trick-or-treaters. Unfortunately, not all trick-or-treaters accept this withdrawal from the holiday with good grace. Some even retaliate by smashing pumpkins in your driveway or against your front door. Disgruntled trick-or-treaters in the Victorian era had similar responses.

On Halloween night in Scotland in 1899, a man by the name of Gilbert Tulloch bolted his door against the youths celebrating in his neighbourhood. Shortly thereafter, he heard the sound of something striking his door. The December 16, 1899 edition of the Shetland Times reports that, when Tulloch opened the door, he saw “a number of youths about 60 or 70 feet off.” One of these youths, a boy by the name of Arthur Robertson, was standing near the door. He spoke to Tulloch and then, violently, “threw a turnip at him, striking his face and breaking his nose.”

In the nineteenth century, turnips (also known as neeps) were often carved to use as lanterns on Halloween. In his 1897 book Golspie: Contributions to Folklore, Edward Nicholson explains, “The boys go about the village with turnip-lanterns, which they make themselves, doing all kinds of mischief.” 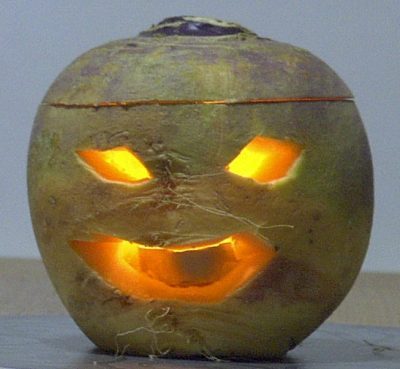 A Turnip Jack-O’-Lantern. (Credit: Geni at English Wikipedia, CC BY 3.0)

Robertson’s neep must have been particularly large, for when he threw it at Tulloch’s face, the resulting damage was severe. According to the Shetland Times, "The blow was so heavy that five of his teeth were loosened and he was rendered deaf on the right ear.”

When the Sheriff was summoned, Robertson denied having thrown the turnip—though he did admit to being present at Tulloch’s house. However, after examining the evidence, the Sheriff, determined that the charges against Robertson were not without merit. Robertson was later convicted of “the crime of recklessly throwing a turnip” and “striking Tulloch with it.” The Sheriff is quoted as stating that “[He] had no objections to boys having larks, but they would require to avoid anything which could lead to annoyance and injury to others, as had been the case here.”

As a punishment for Robertson’s reckless behaviour—and as a warning to other “youths of the county” that they should not carry their Halloween pranks “beyond the degree of moderation”—the Sheriff imposed a penalty of “10s or four days’ imprisonment.”

This post originally appeared on MimiMatthews.com and is reprinted here with permission