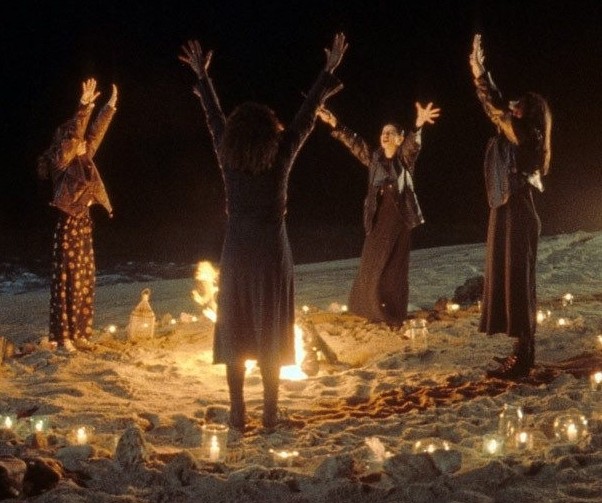 Since the 2016 presidential elections, witches around the country started to put together spells and hexes to counter this evil administration. Now known as the “resistance witches,” this movement is operating with hashtag #MagicResistance to bring together various users of magic.

According to Vox, “resistance witches” is an umbrella group of around 13,000 neo-pagans, Wiccans, and other solo practitioners of craft. Each month around the waning moon they come together to hex Trump. It is both ritualistic and an activist performance. Journalist and feminist activist Laurie Penny writes:

“Resistance movements seek to change the story of power, and what else is a witch but a break point in that story? Traditionally, witches did not do magic in order to rule the world, or damn it. Witches worked in their communities for the common good, as well as their own. Witches took control of their own destinies and helped others do the same—and there’s danger whenever a woman decides to do that, whatever the cost, no matter what she calls it. The magic might not be 'real'—but it works anyway.”

The spell they do is a “bind” intended to stop the administration from causing as much harm. The bind channels energy to limit his power, “so that he may fail utterly/that he may do no harm.” Some people add in different wording to protect certain people and places. It can either be performed in the comfort of their own home, or some choose to convene at notable locations such as Trump Tower.

An important part of the ritual is the collective aspect, even if people choose to do their own alter at home. Practioners will post and share photos with #MagicResistance as a way to build community and fight the feelings of powerlessness many feel from the current political climate.

Michael M. Hughes, one of the creators of the spell, told Vox, “My thought from the beginning was that Trump’s presidency was surreal and abnormal, therefore there was a need to counter him and resist his administration beyond the normal channels like public protests, petitions, emails, and calls to representatives. One very powerful element of the spell is its ability to allow participants to take back their power from the out-of-control administration.”

The spell, which BUST explained how to perform here, includes using a small orange candle to represent Trump. Practitioners can also substitute that for baby carrots, unflattering photos (not that any photos of Trump are flattering), or Cheetos. A bag of Cheetos would be a better president at this point, at least they can't talk.

Michael M. Hughes writes, "Far from being ineffectual 'slacktivism,' the ritual (and others developed by participants) helps many of us stay focused, committed, and invigorated for our everyday activism and resistance. It has become a spiritual balm and a monthly reminder of our committment to fighting injustice and the the ongoing dismantling of our liberal democracy."

According to Dangerous, it is very plausible that feminists make up the majority of witch identifying folk which has been a growing number in recent years. The Women’s International Terrorist Conspiracy Hell (W.I.T.C.H.) wrote in the 1970s:

"If you are a woman and dare to look within yourself, you are a Witch. You make your own rules. You are free and beautiful. You can be invisible or evident in how you choose to make your witch-self known. You can form your own Coven of sister Witches (thirteen is a cozy number for a group) and do your own actions . . . You are a Witch by saying aloud, “I am a Witch” three times, and thinking about that. You are a Witch by being female, untamed, angry, joyous, and immortal." 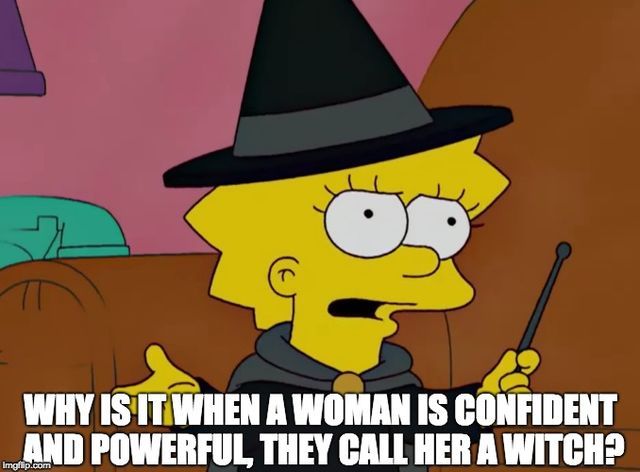 The symbol of the witch has been commodified through pop culture and with pins, patches, and t-shirts. Penny writes, “Commodification is usually a poisoned apple for movements like this, but there’s a proud legacy of repurposing the witch-aesthetic for radical ends.” Commodification is usually seen as a means to capitalistic gain, but witches have a long history of anti-capitalism and fighting oppression.

Even Breitbart has become concerned about all of the feminist witches coming after Trump. They wrote, “The feminist witches also see those women persecuted during the 17th century Salem witch trials as their late comrades — tortured and murdered by the patriarchy.” Which they intended to sound negative, but honestly, they are not wrong.

Erica Jong, author or Witches and What Do Women Want?, writes, “Adolescence is a time when witchcraft exercises a great fascination. Disempowered by society and overwhelmed with physical changes, teenage girls fall in love with the idea of forming covens. . . . the more disempowered people are, the more they long for magic, which explains why magic becomes the province of women in a sexist society.”

Penny also noted that on October 31, 1968, witches decided to take on Wall Street as they recognized capitalism as a driving force in modern day oppression. They dressed in classic witch garments and descended upon Wall Street. The members of W.I.T.C.H. cast a hex on the New York Stock Exchange, and the next day the stock market reportedly dropped five points. Who wants to try again this year?