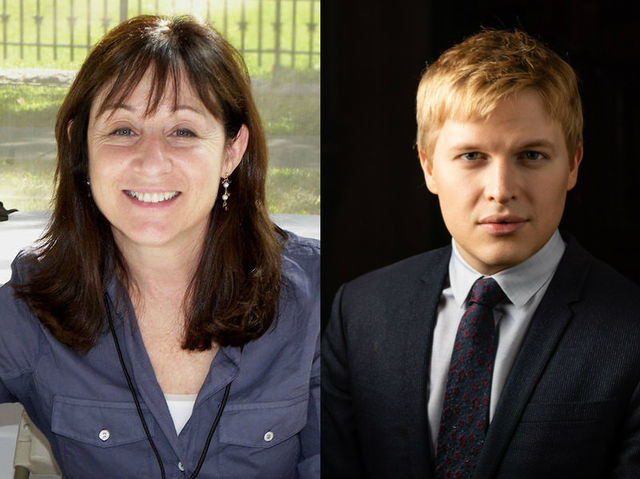 Sunday night, The New Yorker published an incendiary report of new sexual assault allegations against Supreme Court nominee Brett Kavanaugh. In the piece, Deborah Ramirez, a classmate of Kavanaugh’s at Yale, recounts how Kavanaugh exposed his penis to her at a freshman party, to the jeers of male onlookers. Kavanaugh and the White House denied the accusations.

Notice anyone missing from those headlines? Maybe New Yorker staff writer Jane Mayer, who shares a byline with Farrow on Sunday’s article? Mayer is a staple of the magazine; she's been on staff since 1995 and is the current chief Washington correspondent covering culture, politics, and national security.

Mayer is no stranger to covering Supreme Court nominees accused of sexual harrasment. Mayer co-authored with Jill Ambramsom Strange Justice: The Selling of Clarence Thomas (1994), a study of his fractious nomination and appointment to the U.S. Supreme Court. Thomas' case reverberates strongly today; in 1991, Anita Hill testified before an all-male Senate Judiciary committee that, as her previous boss, Thomas had sexually harrased her. Hill was deemed delusional, called by Republican Senator Orrin Hatch, a high ranking member on the Judiciary committee—who is still a member 27 years later—as suffering from "erotomania."

After hundreds of interviews, Mayer and Abramsom illustrated the political machinations that conspired against Hill. Machinations still at work in favor of Brett Kavanaugh. So Mayer is not some transitory contributor or entry-level writer. She is an authority. While readers aren’t privy to the magazine's exact division of labor, their shared byline implies equal reporting. So why then is the spotlight trained on Farrow?

As the son of Mia Farrow, Ronan Farrow was, in a way, never far from the public eye. As a journalist, he shot to professional prominence in late 2017 after his expose in The New Yorker helped uncover Harvey Weinstein’s history of sexual abuse. He would go on to be jointly awarded the Pulitzer Prize with The New York Times’ team, led by Jodi Kantor and Megan Twohey. Both teams helped spur monumental change within mainstream reaction to sexual abuse; we are, according to most media outlets, in the throes of a “reckoning.”

Yet of the three reporters, Farrow alone was referenced during the 2018 Emmys opening monologue. When addressing Netflix, host Colin Jost joked, “Netflix, of course, has the most nominations tonight. If you’re a network executive, that’s the scariest thing you can possibly hear, except maybe ‘Sir, Ronan Farrow is on line one.'”

Farrow is of a selective class: the Celebrity Journalist. The term was first coined in 1986 by The Atlantic writer James Fallows to describe the journalist as public personality, a highly-paid figure whose presence rivals the story in prominence. This “celebrification of journalists” is usually credited to Watergate and its principle journalists, Carl Bernstein and Bob Woodward.

Female journalists, even those working the same story, are often not awarded the same recognition. There are, of course, the exceptions—the Joan Didions, the Christiane Amanpours—but history favors male journalists. In 2007, Ira Glass curated the unfortunetly titled journalism anthology, The New Kings of Nonfiction. Of the authors included, the gender ratio of women to men was 2 to 14. Last year’s report by the non-profit feminist organization VIDA: Women in Literary Arts had a similarly dismal outcome. That year, only 2 of the 15 major magazines had published more women writers than men. Women’s writing accounted for under 40% of the overall articles published. It was a 15% rise compared the previous year, but far from ideal.

So, we return to the New Yorker article on Kavanaugh. Return to Jane Mayer, Ronan Farrow, and forgotten bylines. Female journalists deserve credit for their work, especially during an era when unethical portrayals of women reporters are on the rise. This situation also showcases the trouble in making any one journalist the voice of the #MeToo movement. Celebrity is a double-edged sword; the journalist’s name contributes gravity to the piece, but can threaten to eclipse the issue. And when the issue is sexual abuse, we—reporters, readers—should stay especially vigilante to the gender politics at play.