Mercury Retrograde Is Here. This Is How To Get Through It. 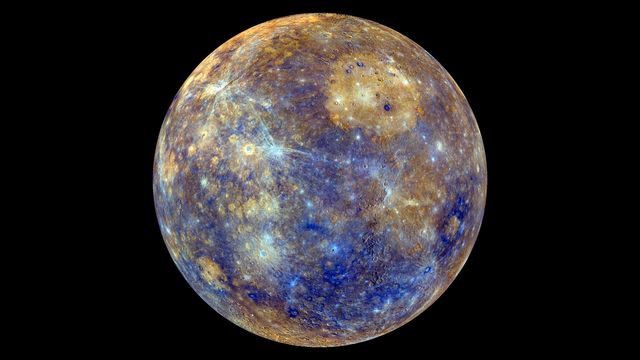 At one time or another in your life, you’ve probably heard someone curse the cosmos for travel and communication mishaps with their fists up in the air, saying, “Damn you, Mercury retrograde!” Several times a year, we experience communication, technological, and travel issues—you can blame it on 100 other things happening in the cosmos, but most of the time it is Mercury retrograde. While the planet Mercury may be the source of momentary snafus around the exchange of information, its retrograde periods are a good time for reflection and even experimentation.

Most people think Mercury retrograde is when the planet Mercury is moving backwards in the sky. In actuality, the planet is creating an optical illusion in the sky, occurring when Earth passes Mercury. The Earth is moving faster than Mercury in the orbit around the sun, creating the illusion to us earthlings that Mercury is moving backwards. Regardless of the speed of the planets, Mercury retrograde does have an effect upon us all. Mercury—the planet of communication, information, and news—is still slower than Earth in this moment in the cosmos. What this means is that the way we receive and transfer news, documents, gossip may end up in confusion. Even our travel plans may be met with issues. Another thing to be concerned about is old stories and people from the past making their reemergence. Exes can stumble onto our paths and ancient mistakes can make their way back up the grapevine at this time.

Mercury retrograde is in full swing this summer, beginning on July 26th and lasting through August 19th, and it is in the sign of avant-garde Leo. The pre retro-shade period (the time in which the retrograde story begins) started on July 7th, and the post retro-shade period will last August 19th through September 2nd. During the periods known as “retro-shade,” people and technology experience meltdowns and breakdowns marked with frustrations as Mercury starts to “slow down.” July 26th will bring back old flames and old friends, and is a time to reflect and revise existing relationships. Our smartphones may accidentally call an old beau, or we may see an ex creeping on our Instagram stories. Also, we may make rash decisions which we can later change as retrograde periods give us the options to revise. This particular retrograde period occurs the day before the total lunar eclipse on July 27th, which may make intentions, endings, and beginnings slow to start. Also, we may hear information on July 27th that may be faulty due to Mercury’s planetary moonwalk, so take a step back to think and gain perspective before confronting anyone.

Let’s look at what this retrograde season brings to us. July 30th brings some lovely information your way, which you will second-guess and investigate on August 5th, causing tensions to rise on August 6th. Don’t sweat it! You can heal these Mercurial blunders on August 8th. The 9th brings dishonesty to surface, and the 11th may beget arguments during the solar eclipse. Expect things to come to the boiling surface on the 19th when Mercury goes direct. The repercussions of things that happen during this time will be felt until the beginning of September. Retrograde periods are a wonderful time to change and augment decisions, however they are unpredictable by nature. Use the fiery energy of Mercury in Leo to reassess the way you interact and to focus on putting yourself first. Leo is a sign of the self and heart. Try to find things and people you love and be honest with yourself, even if others cannot be honest to you. It’s a time to reconnect with people. Watch out for old ghosts reemerging from the past, from exes to old friends to old happenings. Gossip will come back to haunt us all. As famed astrologer Anne Ortelee says, “If you see a ghost from the past, say ‘hi’—don’t ignore them or run away—embrace the past.” This will help us all to move forward as we can heal old wounds and relationships under this transit. As the saying from Twin Peaks goes, “The past dictates the future.” Embrace your past while living more fully in the present to understand where you are going and what the future holds.

As always, back up your information and make room for clerical and technical errors. Double check information, and don’t believe everything you hear. You always have the option to revise contracts and big decisions later on, so expect things to change, and be okay with it.  Most importantly, breathe.

Mars Is Retrograde. Here's What That Means.

Neptune Is Retorgrade. Here's What That Means For Your Sign.