Demi Lovato And The Way We Talk About Addiction 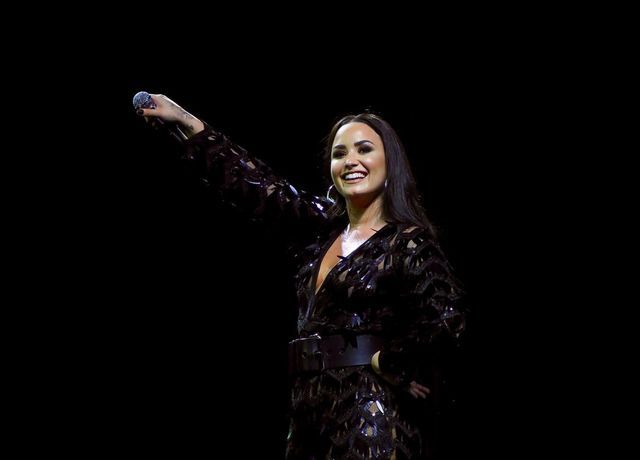 By now, you’ve probably heard about actress-singer powerhouse Demi Lovato’s hospitalization yesterday. While sources initially said that Lovato was hospitalized because of a heroin overdose, Lovato’s rep told Variety that information has been reported incorrectly and asked for respectful privacy while Lovato focuses on recovery. Regardless the cause of Lovato’s hospital stay, this moment is an opportunity for reflection on how addiction, and the missteps that are often part of recovery, are framed within a culture obsessed with dichotomies, purity, tragedy, and iconization.

Mass media is a reactive apparatus, one that has always prioritized selling headlines over attention to the many tangled threads of a situation that cannot be simplified in one neat sentence. The public defamation of celebrities in times of personal strife, sometimes thinly veiled as concern, is nothing new. Voyeurism has been normalized by mass media since the dawn of yellow journalism—it’s no wonder that every event in the private lives of celebrities is picked apart. Whether a first date or a heroin relapse, it’s all broadcasted at the drop of a pen.

There is a dark, voyeuristic pleasure to be taken in the shock of seeing a famous person fall from grace. Fame is about image, a persona that can be merchandised and consumed; addiction is the height of unglamour. It reveals the true lows a person can fall to. Recovery is a delicate, complicated process, one whose complexities have no place in the realm of mass media. Tabloids and news sources are seldom forgiving of addicts and show little understanding of the gradients of recovery. As far as popularized conceptions of addiction go, if you’re clean, you’re happy, healthy, and successful. If you relapse, all of that is reversed. Celebrities who overcome addiction are praised, while those who experience ongoing struggle are criticized and their illness turned into public spectacle. It’s particularly painful to look back on judgement cast on figures who ultimately fell victim to addiction and substance abuse. Deep into the Perez Hilton archives, for example, you’ll find roasts of Amy Winehouse in which Hilton makes light of her alcoholism, nicknaming Winehouse “Wino.”

Lovato has been especially vocal about her history with addiction and mental health issues, speaking openly in interviews on her struggles in an effort to combat stigmatization. She has also used songwriting to talk about her relationship with substances. In the recently released song “Sober,” she sings, “I'm so sorry I'm not sober anymore. And I'm sorry for the fans I lost who watched me fall again, I wanna be a role model, but I'm only human."

The singer was honoured with the Spirit of Sobriety Award last year during the Brent Shapiro Foundation for Drug Prevention Summer Spectacular. During the ceremony Lovato spoke on her sobriety. “Every day is a battle. You just have to take it one day at a time, some days are easier than others and some days you forget about drinking and using, but for me, I work on my physical health, which is important, but my mental health as well,” she said at the event, as reported by People.

A society which has so deeply stigmatized substance abuse has convinced its members that addiction is a moral question, rather than a question of health. Someone’s addiction is a factor of their innate character, so the myth goes. It’s this judgement and shame which only hinders recovery and further fuels feelings of self-worthlessness that often drive people to use in the first place. Therefore, it’s on us to reject systematically ingrained beliefs about addiction and educate ourselves about what that word actually means. No one is immune to addiction, and no one falls lower on some invisible moral hierarchical order for becoming victim to it. Even if understanding the complexities of substance-related illness is beyond us, we need to de-program ourselves so that news of a relapse is received with feelings of empathy rather than scrutiny.

"6 Balloons" Is A Different Kind Of Addiction Narrative: BUST Review

Tags: Demi Lovato , addiction , recovery , relapse
Support Feminist Media!
During these troubling political times, independent feminist media is more vital than ever. If our bold, uncensored reporting on women’s issues is important to you, please consider making a donation of $5, $25, $50, or whatever you can afford, to protect and sustain BUST.com.
Thanks so much—we can’t spell BUST without U.