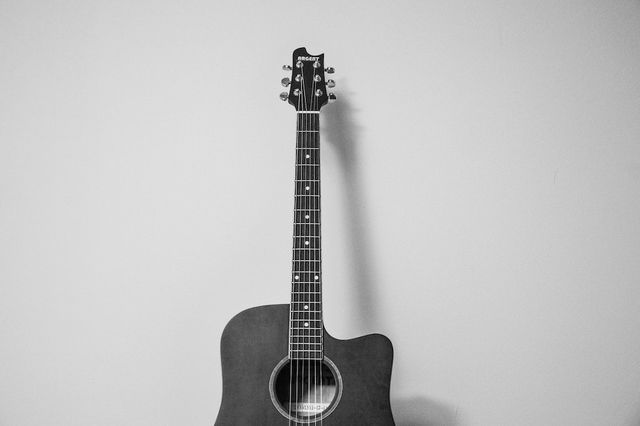 Most Wanted Live was set up to be the country music version of TRL: five LIVE shows a week, shot in the lobby of the Country Music Hall of Fame. The job might last a year or a week, but it paid $125 a day and I had nothing to lose.

Skinny was a tall man, probably 6’3,” white-blonde hair, always tan, with an oval-shaped beer belly and long legs. He had the booming voice a guy that tall should have and was always laughing. They were all always laughing, probably at us. “They” were the crew guys, and that first summer you could likely find them sitting in lawn chairs inside one of those buy-it-and-drop-it pre-made sheds you buy at Home Depot to keep lawn mowers and shit in.

A group of ten or so middle-aged white men in jean shorts with names like Oot and Wayne sat and watched daily as we all ran around like assholes. Whatever you were or were not, these guys knew it.

And what I was, was a fraud. I had never worked in TV before and knew next to nothing about country music. In fact, I hated it. If you grew up in Nashville, the country music industry was forced upon you just like humidity or limited economic growth.

And somehow being Black did not get you out of it. People still just expected that you knew what Lee Greenwood looked like or cared about Shania Twain.

So here I go: It’s a Thursday, the week has gone not so well, and I am taking my fraud ass over to the shed to relay some last-minute instructions from our boss. I have never gone to the shed nor ever really spoken to its occupants. Until now, my tasks have been so menial there's been no need.

Skinny is the crew head. If you need something done, you talk to Skinny. I relay my instruction with the expectation that they’ll all jump to action. They do not. So I kinda rephrase it and say something about not wanting to get yelled at.

At this, Skinny stands, rests his hand on my shoulder, and says in his best indoor/outdoor voice:

“Look, we all know Scott’s a jack-ass and that all these new ideas he has won’t work. So we’re gonna do this, but we’re not gonna break down what we already have set up because we’ll need to put it all back in 30 mins. We got you. And if Scott EVER yells at you, you look him right in the eyes and you say, 'Fuck you Scott, I’m with Skinny!”'

And just like that, I never doubted my ability to give direction and be heard and supported again.

ALSO, I laughed my fucking ass off!! Holy shit, I did not see that coming!!

Here is what I saw coming…

Out of a daily staff and crew of maybe 35, the only other Black person was our director. (Shout-out to Milton Sneed!) Out of a freelance television production industry of maybe 200, there were only five people of color, including myself. No exaggeration! Most of my coworkers were 10 to 30 years older than me. They were industry professionals that knew their jobs backwards and forwards. And I…I knew NOTHING.

So you would assume this to be a story of overcoming adversity, but it turns out, I was the only thing in my way. Once I moved my sham-story over, I quickly moved up in ranks in an environment that was 100% supportive and empowering. I mean, Scott was a jackass a lot of the time, but that is one of best lessons to learn first: how to stand up to a bully by simply being proud of yourself.

Because Skinny brought me in on the fact that they were my team and my team had my back, I was able to stand up, declare what I needed, and get results, even though I was sort of bullshitting my way through at first. Also, nobody likes a wuss! Do your job, own your role and don’t take any shit. People say that to boys all the time, but at the time of my youth, this was new lady-information that I only needed to be told once.

Following Skin’s example, I learned to make connections with people before I needed them to work for me. I learned that if you do that, come as a human first, show your desire to support them and just be a little funny, people will take your baton and run the race with you.

Within two years, I was production managing outdoor concerts and pretty much every live event Country Music Television produced. I grew into myself in a way that could and would never have happened at the record store I wanted to work in, that never would have happened if I spent all day alone in a printmaking studio. And I was able to do it did it because everyone around me respected me and the work I was putting in. It was a reciprocal relationship based on hard work shared with good people doing something that was, in the end, totally fun.

All I know is, I took on authority not because I sought it, but because there were people whose successes were dependent upon mine. And in that way it felt natural and I just became that person. Who was I to go bossing people around? I was the terra forma breaking a pathway through, that‘s who I was!

In my time at CMT, I met Willie Nelson and Dolly Parton. I did Jimmy Carter’s makeup, took speech notes from Al Gore, worked out with Richard Simmons, and went to Johnny Cash’s funeral.

And from that time, I learned that I have good instincts and to trust them.

I learned to own my shit and that in order to grow, you have to bite off more than you can chew.

I learned that others’ perceptions of you are oh-so-very-much influenced by your perception of yourself.

And perhaps biggest of all, I learned that your tribe could be anywhere and anyone, so take your chances as they come, and always play for your team.

God bless you, Skinny, wherever you are!

Missy Elliott On "The Female Era" In 1998: From The BUST Archives

Bridgette Kimbrough is a new writer and maturing visual artist hailing from Nashville, New York and Atlanta. An irreverent straight-shooter, she is known to have quite the mouth on her!  Check her out at storiesandcigarettes.com, Twitter and Instagram.

Tags: personal essay , country music , music
Support Feminist Media!
During these troubling political times, independent feminist media is more vital than ever. If our bold, uncensored reporting on women’s issues is important to you, please consider making a donation of $5, $25, $50, or whatever you can afford, to protect and sustain BUST.com.
Thanks so much—we can’t spell BUST without U.