Tessa Thompson Comes Out: “I’m Attracted To Men And Also To Women” 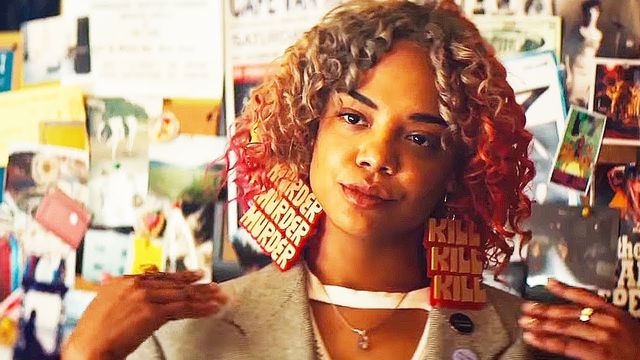 Tessa Thompson--the actress known for her roles in Dear White People, Creed, the Thor series, and this summer’s Sorry To Bother You--came out in an interview with Net-A-Reporter, explaining that she is attracted to both men and women.

Thompson came out as part of a discussion about her speculated-about relationship with Janelle Monae--the pair played a couple in the “emotion picture” for Monae’s album Dirty Computer. Monae came out as pansexual in an interview with Rolling Stone in April.

“Isn’t it such a good record? I am so proud to have been involved,” Thompson said of Dirty Computer, adding, “I get text messages from friends that are like, ‘Would you please let Janelle know I came out to my family because of her?’ I think that work is really helping people and probably saving some lives.”

Thompson said that she and Monae have decided not to speak out about the nature of their relationship: “It’s tricky, because Janelle and I are just really private people and we’re both trying to navigate how you reconcile wanting to have that privacy and space, and also wanting to use your platform and influence.

“I can take things for granted because of my family–it’s so free and you can be anything that you want to be. I’m attracted to men and also to women. If I bring a woman home, [or] a man, we don’t even have to have the discussion.

She concluded, “We love each other deeply. We’re so close, we vibrate on the same frequency. If people want to speculate about what we are, that’s okay. It doesn’t bother me.”

We love you, Tessa!

Top photo: Sorry To Bother You