The (Damaged) Little Girl Inside the Woman 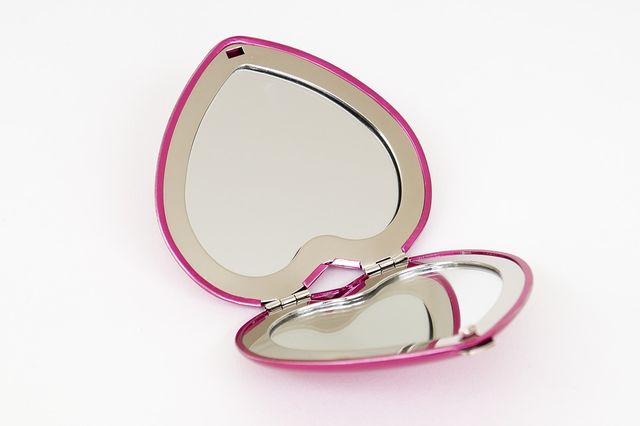 For years, I thought men hated me. I got condescending looks. They wouldn't flirt with me. I sensed thinly-veiled hostility. Yet I wanted one. I hated and feared them and didn't understand men, but I wanted one. I didn't get one for a very long time.

I know what you're thinking. No, I'm not a lesbian. People always ask that. No, I just would like to spend time with a guy who gets me, who doesn't treat me like shit.

For years, I wondered what was wrong. Years of bullying and being made fun of didn't help my self-esteem. Long before that, there was the molestation by a family member when I was two. I'm sure that didn't help. Thousands of dollars spent in therapy and buckets of tears shed wondering what was wrong with me turned into decades-long introspection. I couldn't figure out why I still felt like I was a little girl well into adulthood, but I felt the molestation had something to do with it.

It came to me one day at one of my many part-time jobs. I started thinking about repetition, compulsion and a bunch of other things. And that led to remembering that how up through sixth grade, I felt okay in my world. The break came in seventh grade. Then, my elementary school acquaintances wanted nothing to do with me. I'd lost what I called my “social capital.” In elementary school, I wasn't the most popular girl, but neither was I the least popular. If anything, I was seen as spoiled: I got the Barbie Townhouse, I got the phone in my room, my parents were together. Back then, I was okay. Boys didn't tease me or abuse me. Not that they were in love with me, either, but they thought I was all right.

That ended in seventh grade. I lost what social capital I had. I was skinny and flat-chested, and my buck teeth got bigger and my weak chin got weaker. And seventh grade was when sex entered the picture. I just wanted to be liked, and I wasn't. Because my first initiation into sex was being forced to suck someone's dick (I fought back, not bad for a two-year-old), sex didn't seem so cool. It wasn't something I wanted to be a part of. So I stayed a little girl—and my body obliged. It took me years to get through puberty. My body took its sweet time to take off, and my face didn't even bother. I never had that adolescent "blossoming." By the time everyone else got through puberty, I was just starting it, it seemed. I had a brief time in my early twenties when I actually looked pretty, but I didn't realize it until a few years ago, when I looked at a couple of self-portraits I'd taken at the time.

I couldn't figure out why I still felt like I was a little girl well into adulthood, but I felt the molestation had something to do with it.

As I got older, I wondered why men didn't accept me for me, like they did in elementary school. But that Sunday at my retail job, it hit me. We weren't in elementary school anymore. I wasn't a little girl. I was a grown woman with great hair and a killer smile and a nice rack (so I've been told). And men stopped looking at women as disgusting creatures when they were maybe twelve or so. Maybe most men didn't exactly hate me, but I was asking them to relate to me in a way that was completely foreign to them. I never thought of myself as a sexual creature because sex was frightening to me, and for me to relate to men sexually was completely foreign to me. Why on earth would they want to have sex with me?

Sure, I'd still like men to respect me for me. I'm 51 years old. I'm getting more attention from men now than I did when I was younger, and it seems weird to me. I feel like I don't look 51, which helps. But I realize that I am a woman. That's a kind of social capital that I feel I have. I started noticing men would treat me better when I wore low-cut, form-fitting shirts. I hated that realization. I wanted men to treat me well when I wore my normal crew-neck T-shirts and Ralph Lauren polo shirts. I'm more than a pair of breasts; I feel like a sell-out when I wear the low-cut shirts. The feminism I grew up with told me I shouldn't do things like this.

But you can't change biology. I couldn't make my body become womanly in time for it to make a difference in high school. My parents couldn't afford the money for braces until I was a senior in high school, and it wasn't until a little over three years ago that I came up with the money for my chin surgery. Is everything roses now? No, of course not. I am not sure I'll feel completely fine with myself until I lose 20 pounds. Sound familiar?

I couldn't make men relate to me as if we were still in fourth grade; fourth grade was a long time ago. But that was part of the reason it took me so long to grow up: I was fine in my world until seventh grade. After my social capital had vanished, I never acquired the kind of capital that counted until well after high school. Only then, I didn't realize I had it.

I'll never know. But since that revelation, I feel like a weight has lifted. I feel young. I feel like I've solved one of the great mysteries of my life, something that seemed like a horrible math story problem that I didn't have the slightest idea how to solve. I knew my poor self-esteem was tied to being molested at a young age, but I never could figure out how that impacted me. Now that I've realized it, I feel empowered. I still hate that particular family member and I'm still wary of men (and yeah, a lot of men hate women, too). But I feel like I'm letting go of the hostility I had with men; they can't help it that they think of women in a sexual way. Sure, it's annoying. But I realized that I do have social capital again. It isn't the Barbie Townhouse or the phone in my room. It's the self-confidence in knowing I can drive my own curves, now that they arrived.

How To Support Someone Who's Reliving Sexual Assault

When We Discuss The Glass Ceiling, Why Don't We Address The Costs Of Sexual Assault?