Details
BY It's Not Personal
IN Living
Published: 21 June 2018 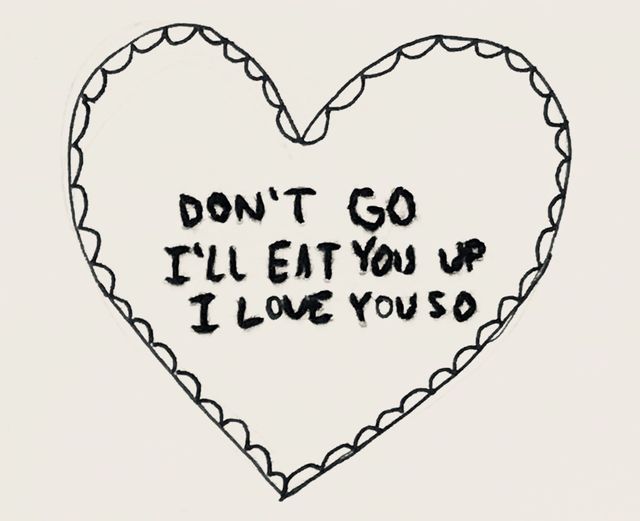 A part of me has always believed I could only be my best self in love. Boundless, gut-wrenching, tear-jerking love. I can’t stop chasing it, no matter what I do. That desire is always there; a little voice telling me that I’ll reach my true potential when I find the right person, my other half.

It’s not that I was unloved as child. My parents divorced when I was ten years old, but I’ve always felt their love. My mother, a July 4th baby, a Cancer crab, has always showered me and my brother with affection. My father took me to the movies all the time as a kid, and it was probably our discussions about film over weekend breakfasts that led me to pursue a career in media. My parents love me very much, and I love them too.

Yet despite my relatively stable and fortunate upbringing, I’ve always struggled with my mental health. When I was seven, my family moved from Seattle back to my birthplace, Arlington, Virginia, and somehow, I didn’t ever properly adjust. I always felt like the weird girl. It could have been a lot of things: my crazy red hair, struggling with social anxiety and tween obesity, or the fact that I started taking Prozac in the fourth grade, but for some reason, I never quite fit in.

Somewhere along the way I decided, consciously or unconsciously, that *true love* was going to be my ticket out of clinical depression. That was the way I was gonna make it, whether or not I crashed and burned in the process of finding it.

Throughout high school, I chased after every one of my crushes. When I got my driver’s license at 16, I asked out a guy I’d liked for years, and we dated for a couple months before it ended (in a pretty terrible way). At 17, I went to prom with a young man whom I really liked a lot, until I found out he had been secretly dating another girl during our brief courtship. When I was a senior in high school, I told one of my best friends that I liked him and his response was that he’d known for months and didn’t have the guts to address it until I brought it up first.

I opened myself up again and again, became vulnerable, and was consistently disappointed. I lost any trust I had in the world and in myself.

My desire to lose myself in love, to be sublimated into something greater, took a huge toll on my ability to function. I watched friends around me fall in and out of love, over and over again, and wished I was in their place. The pain of heartbreak was a better drug than any other substance, and in a lot of ways, could mask the underlying pain of my mental illness. If I was sad because of unrequited love, that was excusable. But being born with chemical imbalances and a deep-rooted pain that I couldn’t seem to fix was too much.

Once I was in college I drifted between casual hookups, falling for (mostly) men who liked me enough to sleep with me a couple times but didn’t care about me. At least, not in a tangible way, not in the way that I desperately wanted them to.

Every time one of these casual relationships fell apart, so did I. My surface-level insistence that I could handle a casual fling was proven wrong, many, many times. With each one swore to myself I’d learn from this object of my affection, that these boys would teach me something meaningful. In some ways they did, but they were lessons that took me all of four whole years to learn well enough to act on them.

As a senior in college, I wasn’t actually looking or hoping for a relationship. It was then when, resigned to singledom, one of classmates actually pursued me. He was shy about it, messaging me on Facebook in October to ask about classwork. We were in the same major, two of eight people graduating with a degree in film from our tiny liberal arts school. This fact unnerved me--if it ended terribly, how would I be able to sit in senior seminar with him for an entire semester?

But it didn’t end.

My desire to lose myself in love, to be sublimated into something greater, took a huge toll on my ability to function

One night I went to a concert, knowing he’d be there, and after a while I found him sitting on the grassy hill outside the show. I perched next to him and we talked for a while, continuing over conversation as he walked me south to my apartment. We sat side by side in Adirondack chairs as I finished my cigarette and I felt an unfamiliar tension. A positive sign. He liked me enough to listen to me ramble.

And so we continued to see each other. Matthew was sweet. He treated me kindly in a way that no other man at Kenyon ever had. We fell in love, and sometimes it was scary—overwhelming, infuriating, even lonely. But at the end of the day, I knew he was going to be there for me. I fell for him harder than I ever imagined I would, harder than I wanted to admit even to myself.

Our relationship was not perfect. It was complicated by a number of factors, a primary one of them being mental illness. At the time, he was struggling with his own depression, and we leaned on each other in a lot of ways that made it really difficult to be together. We were entirely co-dependent, at the mercy of my mood swings and anxiety mixed with his feelings of isolation and sadness.

We fought constantly in the first five months of our relationship. I wouldn’t even be trying to push his buttons, but my combative personality always put him on edge. Every little debate would rile me up, and while I’d get over it pretty quickly, he stewed and convinced himself that I was always angry with him. We came to a breaking point in March, and after one of our biggest fights I found him editing in the film dept computer lab and told him I needed a break. We talked more in his room that night, crying together, knowing it wasn’t working well but terrified to lose each other.

Interestingly, that break flipped some kind of reset switch for us. I went away for a week of spring break, and when I got back we were together again. Cooking breakfast in his apartment, watching Parks and Rec, pretending to be grown-ups. When he seemed happy, I was overjoyed. When he was sad, I didn’t know how to cope. The things that worked for me, all the lessons I’d learned in therapy and tried my best to impart, did not help him. When I tried to help, it often made things worse. He would become frustrated, I would get emotional, and then we’d both be caught in an endless circle of distress.

Our relationship was full of highs and lows. I learned a lot from being with him, about myself and about being myself in love. I knew it wasn’t an ideal partnership, to fight so much and depend on him so much, but I would never take it back. There were a few low points that year: Times when I wanted to turn back the clock, ignore him at that concert, and forget the conversations and the feelings I had.

The end to our romantic relationship was more of a slow-fade. He had to stay in Ohio, and I had to move on. We graduated: he took a photo of me in my cap and gown, and I packed up my mom’s Honda Fit with barely enough time to squeeze him a hug goodbye. I didn’t cry at all that weekend until my mom and I drove down the hill for the last time, with four years worth of dorm furniture, knick-knacks, and all of our history in the backseat. And then I wept.

Being with him taught me how to love; losing him hurt like hell, and continues to hurt. But knowing that it is possible for someone to care about me as much as he did gives me hope, in a world where hope can be pretty damn hard to find.

Essay and art by Emma Klein

Emma Klein is a 23 year old filmmaker, writer, and doula living in Brooklyn, New York. She believes in the powers of kindness, vulnerability, and a nice hot bath at the end of a long day. You can find her out in the world making lots of mistakes (and hopefully growing from them). Follow her on Instagram and Twitter @emmageeklein.

My Body, On Loan From The Cosmos

This Isn't A Love Story

It's Not Personal is an inclusive dating collective and growing anthology. INP creates opportunities for women/womxn to share their dating experiences in safe spaces, empowers them to find comfort in their relationship statuses, and inspires them to have a healthy relationship with themselves through the tools of art and writing. INP does workshops, events and has a monthly column with BUST Magazine Online, as well as works to raise money for RAINN.  For more information, be sure to follow It's Not Personal on Instagram join the Facebook group, and send art and writing submissions to itsnotpersonalnyc@gmail.com.