The Podcast "Mueller, She Wrote" Is The Perfect Combination Of Hilarious And Informative 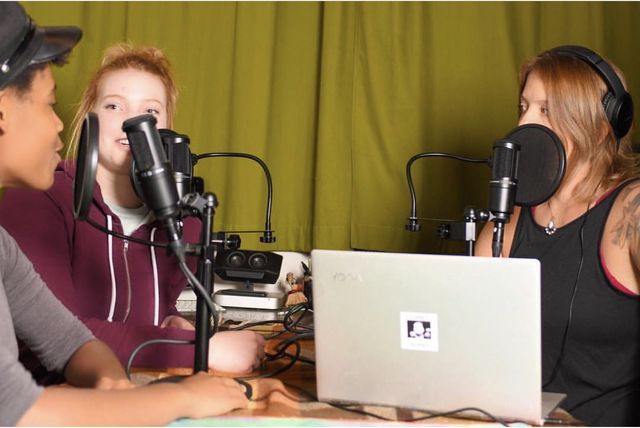 Spearheaded by San Diego comedians Jaleesa Johnson, Jordan Coburn & AG (an anonymous veteran with a doctorate in public policy, working in Trump’s executive branch), Mueller, She Wrote is a podcast set to focus on the Mueller investigation. The female-owned & operated podcast has been catching the attention of listeners by combining comedy and journalism. We talked with AG to get the scoop on the reactions to the podcast.

So what in particular inspired you ladies to choose this case?

The week the first indictments dropped against Manafort and Gates last November, having studied Watergate previously, I immediately recognized the cultural and political significance of this investigation. I had also been wanting one place to get all the Mueller news, but it didn't exist. So we made it ourselves.

Does working for Trump's executive branch pose a conflict of interest for you when doing this podcast?

There is no legal or ethical conflict of interest as long as I don't use my name and title with the government to campaign against someone politically or profit for myself personally. I would also just rather not have Trump know who I am. A year ago or so, when I was running to be a delegate for the Democratic National Convention, Trump's office of general counsel submitted an FOIA request for my employee records. I still don't know why that office wanted my information, but it frightened me enough to keep anonymous and lay low. 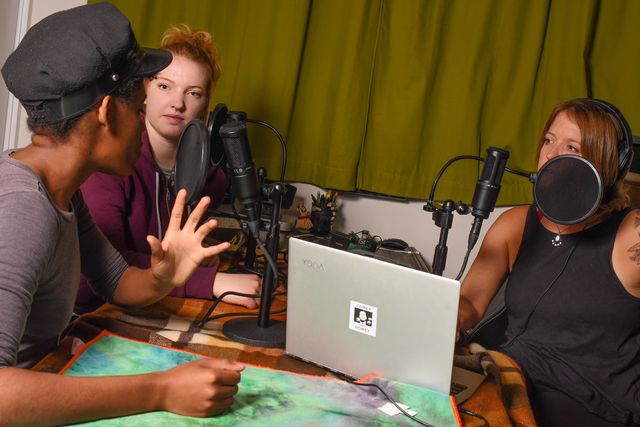 What do you want your listeners to get out of Mueller, She Wrote?

We want our listeners to have one place they can get all the pertinent Mueller news with a clear separation between facts and conjecture along with a little humor. As a veteran with PTS, I've learned that humor can help guide us through difficult times, and these are most assuredly difficult times. We want our listeners to feel like they're in the know and confident in that knowledge, and we hope to alleviate some of the "Trump stress" a lot of us are feeling. We hope that we can show that women in podcasting and women in media have purpose and drive, and that we're all part of the resistance together.

Have you received opposition from people in positions of power by doing Mueller, She Wrote?

Not yet, and I think that speaks to a good idea of anonymity. We also have been short on haters, and I hope that's because we draw clear lines between facts and theories, and we don't shy away from stories that contradict our personal political narratives. I mean, we're obviously progressives, but if a story comes out from a credible source that paints someone on our side in a bad light, I'm not going to hide that from anyone. In other words, we are biased and we have biases, but we recognize them, call them out, and report clearly on the differences between facts and conjecture. But so far, no authority figure issues, only amazing support. Particularly from other women in media trying to do what we're doing: and that's help. Help each other; help the world. 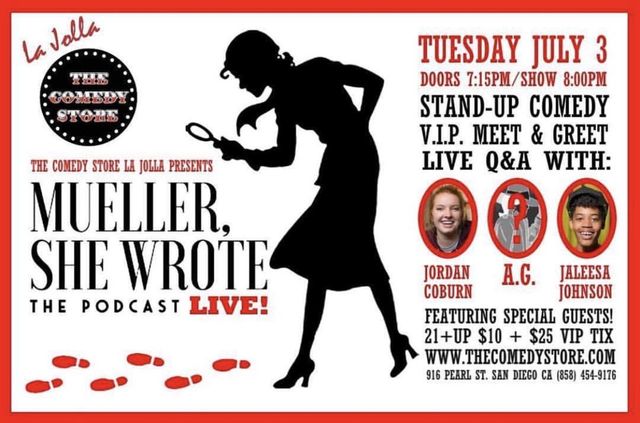 If you are in the San Diego area, comedians Jaleesa Johnson, Jordan Coburn & AG  will be hosting a live Q&A on Tuesday, July 3rd at La Jolla. You can listen to all 53 episodes on Apple Podcasts or subscribe to the Mueller, She Wrote Patreon for exclusive minisodes & book reviews.

Young M.A. Teamed Up With Visit Brussels To Spotlight Hip-Hop Culture In Belgium

Tags: Mueller , She Wrote , politics , Trump , Mueller , podcast , interview , San Diego , Mueller She Wrote , Pod Cast , Comedians
Support Feminist Media!
During these troubling political times, independent feminist media is more vital than ever. If our bold, uncensored reporting on women’s issues is important to you, please consider making a donation of $5, $25, $50, or whatever you can afford, to protect and sustain BUST.com.
Thanks so much—we can’t spell BUST without U.