A Look At LGBTQ Gods In Greek Mythology 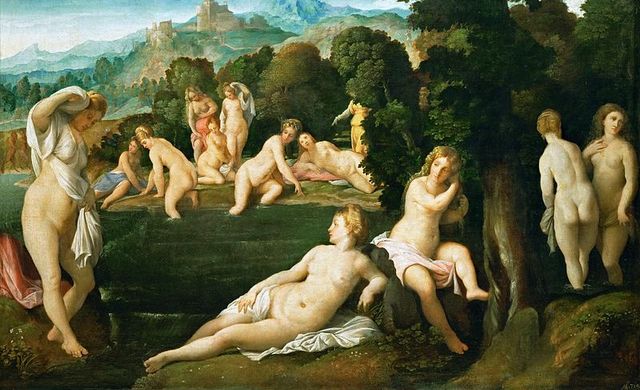 Mythology has always taught mere mortals about the values a society believes in, and the ancient Greeks worshipped gods and goddesses that illustrated all kinds of ways of being sexual and in one’s body. While the ancients didn’t quite see sexuality the way we do today, with our sense of taboo and restriction, their mythology is full of figures that can be considered to be part of a lineage of LGBTQ characters in the collective consciousness that extends throughout history. In honor of Pride Month, read on to learn about some of the famous and not-so-famous LGBTQ members of the Greek pantheon.

Wall painting from Pompeii of Venus rising from the sea on a scallop shell, believed to be a copy of the Aphrodite Anadyomene by Apelles of Kos, via Wikimedia Commons

The motto “Love is Love” could have originated with Aphrodite herself. While Aphrodite is only depicted with male lovers in myth, she is said to have supported same-sex relationships in Ancient Greece, such as those of the poet Sappho, who is believed to have had relationships primarily with women lovers.  Aphrodite enjoyed hearing the erotic tales of the other gods, making her the most accepting among the royalty of the pantheon. Aphrodite’s son Eros, along with Himeros and Pathos, were part of a trinity of men called the "Erotes" in her retinue who frequently carried on same-sex relationships. Aphrodite accepted all of these men, defended them, and cared for them as her kin. Most importantly, Aphrodite encouraged the concept of self-love, where the lesson is that the best service one can do is to not be ashamed of who they are, but to honor it. 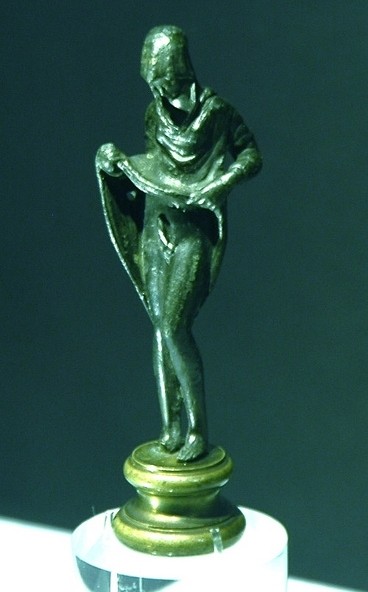 Aphroditus is the male version of Aphrodite. Aphroditus is depicted adorned in women’s clothes and feminine with a silhouette, but with a phallus. Aphroditus is a god of fertility who was believed to harmonize both genders together in one form. At festivals where Aphrodite’s phallic form was worshipped, men and women would exchange clothes and it was acceptable for what was then seen as “opposite” sexes to perform the other’s gender, as they saw fit. 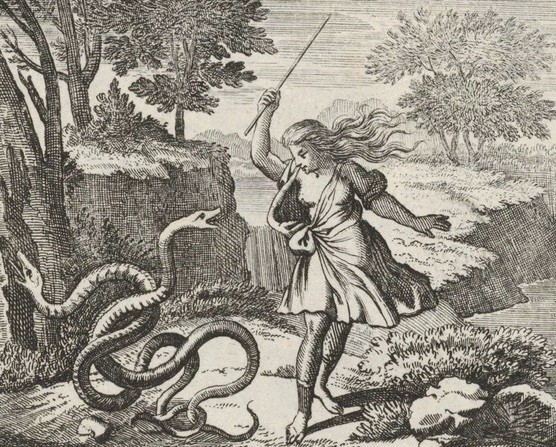 Tiresias strikes two snakes with a stick, and is transformed into a woman by Hera. Engraving by Johann Ulrich Kraus c. 1690, via Wikimedia Commons

Tiresias was a blind clairvoyant prophet of Apollo, who was physically transformed from a man into a woman for seven years. According to legend, Tiresias came upon a pair of snakes copulating and broke them apart, killing the female snake, which angered Hera, queen of the gods. Hera sentenced him to live in the body of a woman for seven years. During his time living as a woman, Tiresias married and even had children. The gods eventually changed him back to his original gender, but when Zeus asked Tiresias which gender he preferred, Tiresias laughed and said he preferred living as a woman because sex was more enjoyable. 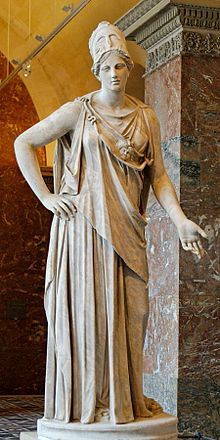 Mattei Athena at Louvre. Roman copy from the 1st century BC/AD after a Greek original of the 4th century BC, attributed to Cephisodotos or Euphranor, via Wikimedia Commons

The favored daughter of Zeus, Athena, goddess of war, used her divine wisdom to draw in Myrmex, a mortal lady for whom both Zeus and Zena had a sexual attraction. Both Zeus and Athena had romantic liaisons with Myrmex that lasted for years until Myrmex took credit for Athena’s creation of the plow and Athena turned her into an ant, thus ending their relationship. 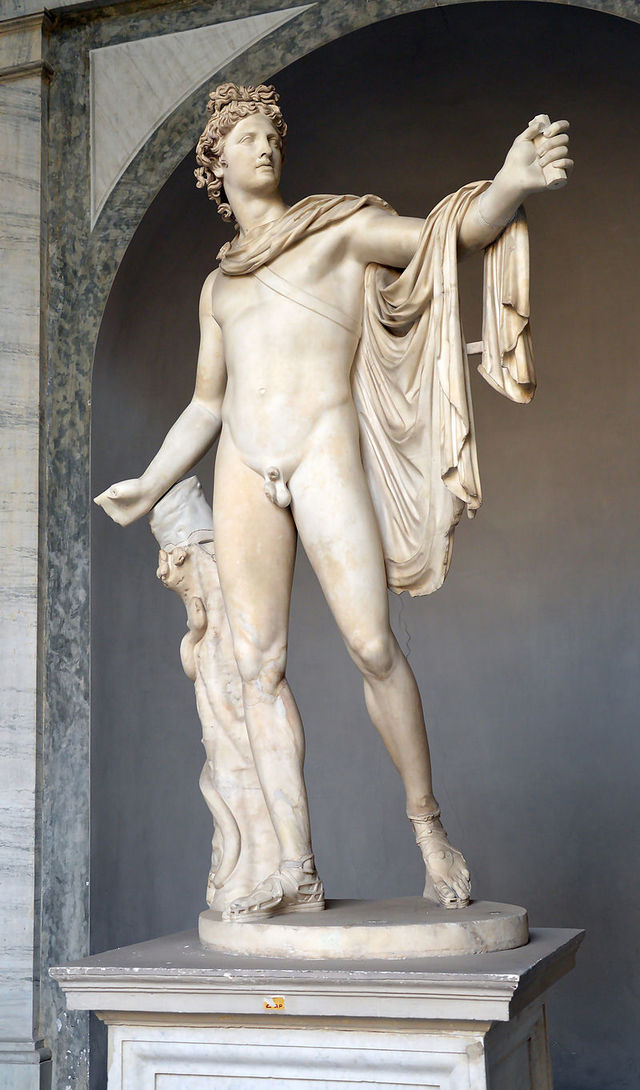 Athletic god Apollo, the lord of prophecy, healing, and archery, had many romantic affairs with people of all genders. Interestingly, Apollo represents the sun and light, and his romantic actions were always met with openness and transparency. According to legend, Apollo fell head over heels for a young Spartan prince named Hyacinthus, who Apollo's nemesis, Zephyrus, killed out of jealousy for Apollo's attention. Upon the mortal Hyacinthus’s death, Apollo drew his blood into the earth to make hyacinth flowers, to immortalize his beloved. This is the first same-sex love affair between men noted in Greek mythology, and possibly in the world. 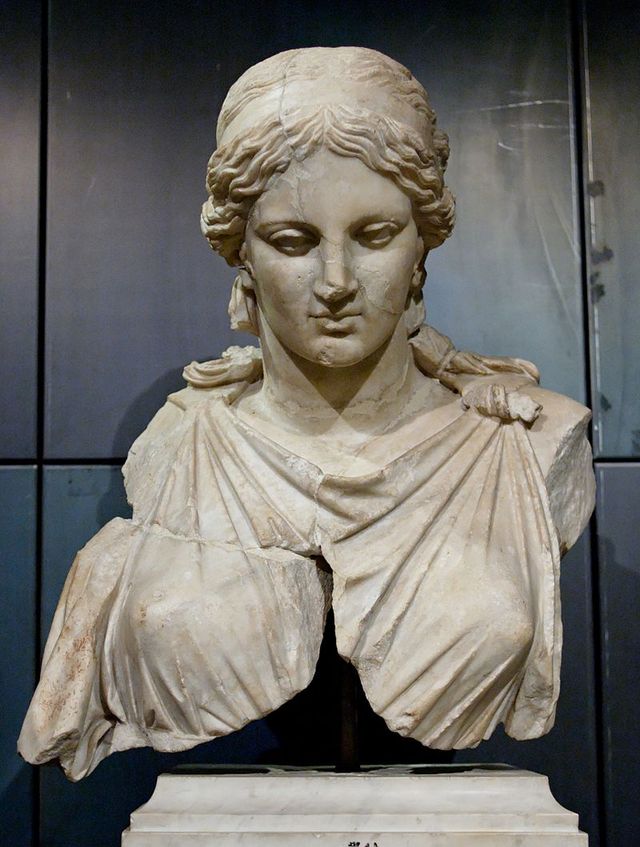 Apollo’s sister Artemis, Goddess of the Hunt, fled the city life of ancient Greece to live in a forest with other female nymphs, where they created a magical, woman-only society. As a virginal unmarried woman, Artemis promised her father she would remain “pure." However, the caveat to her testimony is that she did not include women in her discussions with her father. Living with the nymphs in the woods, where they danced and swam naked, Artemis used her huntress skills to trap any man who entered their all-female utopian society where women loved other women freely. 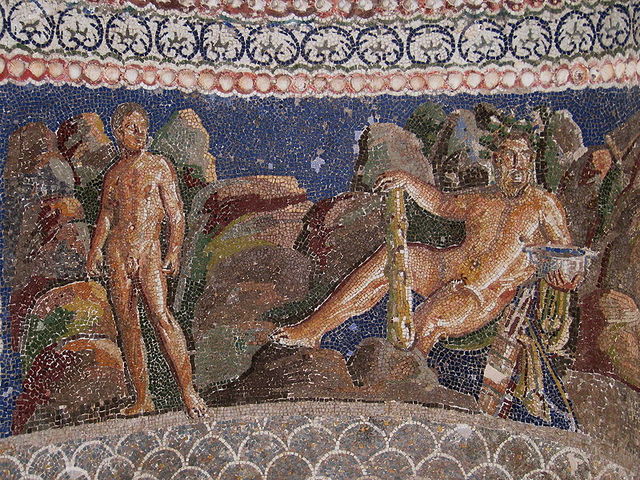 Heracles and Iolaus, 1st century BC mosaic from the Anzio Nymphaeum, Rome, via Wikimedia Commons

Known as Hercules’s constant companion throughout his extensive travels defeating monsters, Iolaus also took on the role of the demi-god’s lover. As a present for their many journeys together, Hercules dedicated a shrine to Iolaus in Thebes, where male couples made vows of devotion to each other. Both men received hero cult status at the shrine in Thebes, where they honored each other through commitment and love. 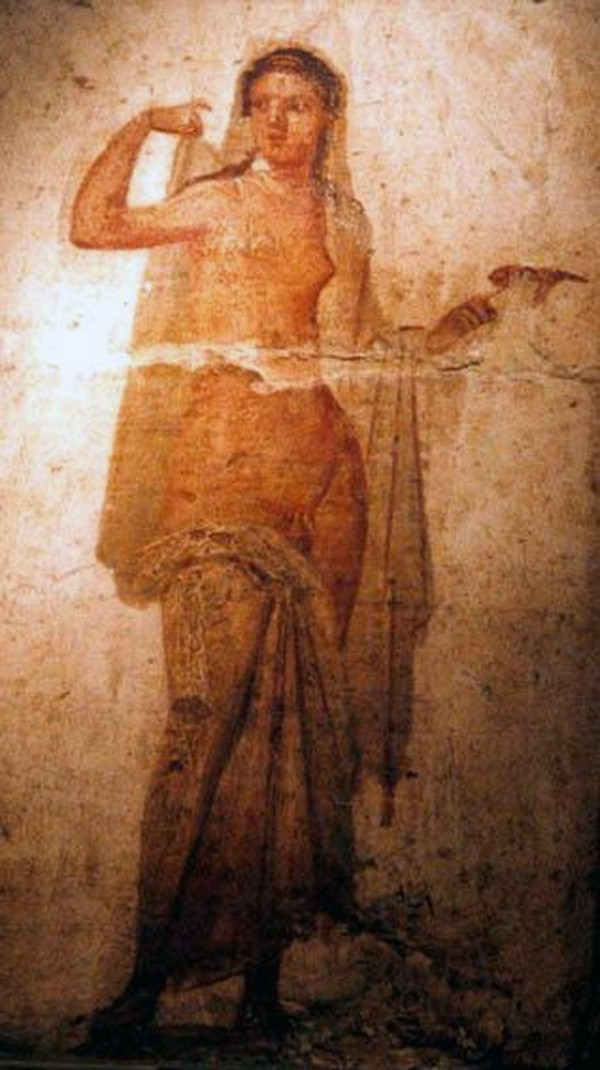 A Roman fresco of Hermaphroditus from Herculaneum, via Wikimedia Commons

Hermaphroditus was the child of Hermes and Aphrodite. He was born male, but the water nymph Salmacis fell in love with him at first sight and desired their bodies and spirits to be joined together forever. Her prayers were answered and they were merged into one form. By embodying both the female and male attributes of the body and, as it is to be understood in the myth, the feminine and masculine qualities of Salmacis and himself, Hermaphroditus is meant to represent the unity between the genders, the power of harmony between two opposites which creates a spectrum of possibility for self-expression. Hermaphroditus’s androgynous form was considered sacred and powerful in ancient Greece. 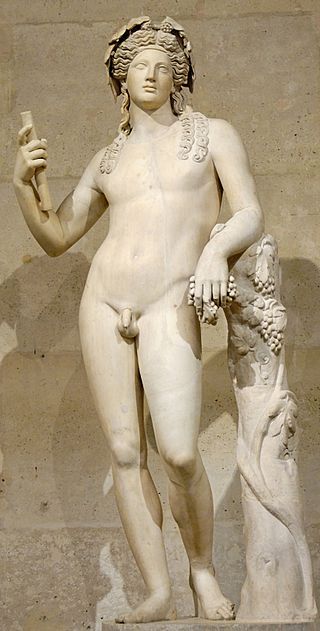 2nd-century Roman statue of Dionysus, after a Hellenistic mode, Louvre, via Wikimedia Commons

Born male, Dionysus—the Greek god of grapes, wine, fertility, and revelry (as well as theater)—played with his gender presentation in adolescence, dressing as a woman for much of his youth, and rejected identifying as any gender as an adult. Dionysus’s cult valued ecstatic displays of self-expression, with merriment that was meant to break taboos and loosen inhibitions in worshippers. He was also one of the few gods to hold his wife, Ariadne, in the highest esteem, as an equal. When Ariadne was killed in battle, Dionysus, who was known to be able to transcend the realm of the dead and return to the living through states of religious ecstasy, rescued her and brought her back to earth as an immortal.

Understanding Persephone, Queen of the Underworld

Uranus Is Entering Taurus. Here's What To Expect

Tags: mythology , Greek mythology , LGBTQ , Lisa Stardust
Support Feminist Media!
During these troubling political times, independent feminist media is more vital than ever. If our bold, uncensored reporting on women’s issues is important to you, please consider making a donation of $5, $25, $50, or whatever you can afford, to protect and sustain BUST.com.
Thanks so much—we can’t spell BUST without U.