The Rival Queens Of Sydney's Gangland 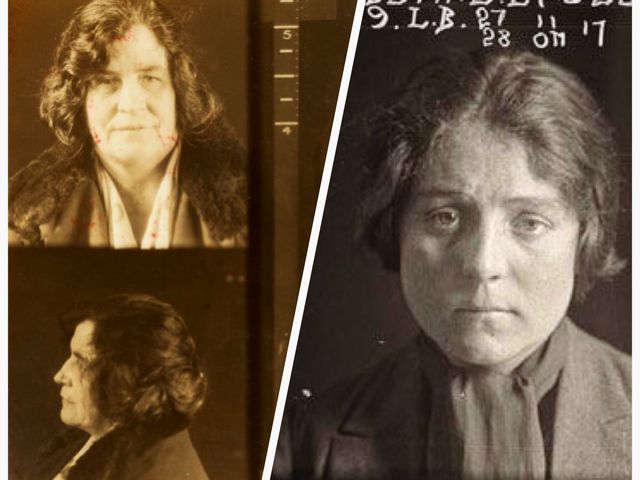 At the turn of the 20th century, Sydney was in a battle for its soul. Gangs roamed the streets, and their enemies' lifeless bodies on pavements were a regular sight. Brothels, illegal bars, and gambling were everywhere; the city was fast becoming a booze-soaked wasteland.

Two women ruled this all: Tilly Devine and Katie Leigh. 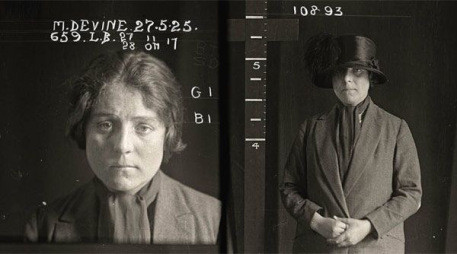 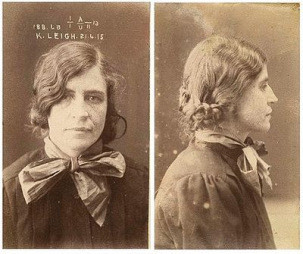 The Birth of Sydney’s Gangland

Okay, let’s set the scene: At the end of WWI, Australian soldiers returned to discover that prohibition had hit the country hard—not a great welcome home present. Massive chunks of Australia, including Sydney, saw tight drinking hours put in place, with absolutely no alcohol consumption allowed after 6pm.

Yeah, turns out if you tell people they can’t do something, they want to do it even more. 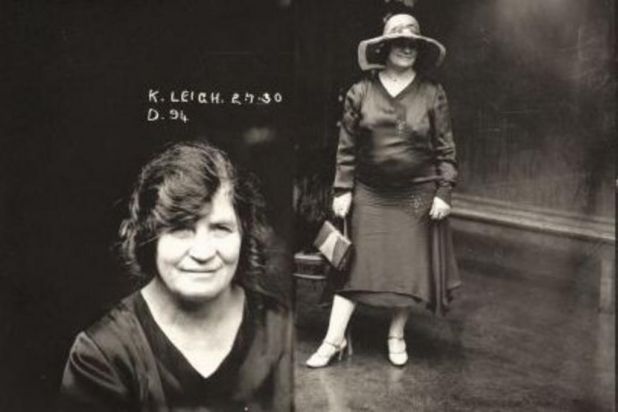 Kate grew up in a neglectful household and went straight from that to a string of shitty relationships with petty criminals. It wasn’t an ideal start in life.

But then Kate found crime and discovered she was pretty great at being a ruthless criminal. So she put all her energy into achieving her new dream: Ruling Sydney’s underworld (I guess everyone needs a dream).

Kate got straight to work, taking advantage of Sydney’s new 6pm drinking curfew and opening a chain of illegal after-hours bars. Then, when Australia made cocaine illegal, she took advantage of that, too, buying all the coke she could, marking it the fuck up and selling it almost exclusively.

By the late 1920s, Kate Leigh was one of Sydney’s biggest kingpins. Her business was booming and life was sweet…

Well, except for the constant thorn in Kate’s side: Tilly Devine. 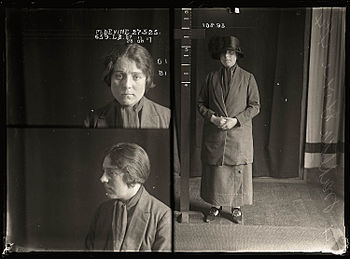 Meet Tilly Devine. Don’t be fooled by the timid mugshot, this woman is scary AF!

A sex worker from London, Tilly came to Sydney after she married who she thought was a millionaire Australian kangaroo farmer. It turned out that (frankly ridiculous) story was a lie and her new husband was, in actual fact, just an arse hat. So, Tilly continued working as a sex worker in Sydney. But, after a short jail spell (for stabbing a man in the face with a razor), she decided she needed a change.

Tilly didn’t just want to be her own boss, she wanted to be the only boss.

And she thought she knew how to do just that. Sydney had a handy little loophole that Tilly thought she could use to her advantage. You see, in Sydney, it was illegal to run a brothel or profit from sex work if you were a man. Spoiler: Tilly wasn’t a man.

That right there is some smart criminal-ing

By the late 1920s, Tilly was the city’s top madam, running a chain of leading brothels.

She was also known as one of the most violent criminals in the game. She’d set fire to a policeman, pulled apart a man's face with a razor, and generally slashed to ribbons any John who tried to cross her. Bitch. Was. Scary.

But Tilly wasn’t a one trick stab pony, she was a real Renaissance woman (be it of the criminal variety) and along with her talent for violence and brothel running, she moved into the illegal booze trade.

Slight snag: Tilly was now directly encroaching on Kate Leigh’s business, and you know Kate wasn’t happy with her bottom line being messed with! Then again, neither was Tilly when Kate started opening brothels.

And neither was Kate when Tilly started looking into the drugs trade.

The stage was now set for an epic battle. Each woman wanted total domination, and there was no way she could do that with the other around.

There was only one option: all-out war!

Things are about to get interesting, and really bloody!

Katie and Tilly both operated gangs to manage their businesses and, erm, "take care" of their enemies. With both women now firm rivals, their gangs knew their enemy, attacking each other on sight with razors, after Sydney outlawed guns.

Huge fights of with gang members cutting the living shit out of each other became a common sight on Sydney’s streets.

This ceaseless violence became known as The Razor Gang Wars.

But the violence wasn’t limited to street fights. Here are just some of the delightful things Katie and Tilly did to each other:

Oh, and there was that one time that there was a shootout at Tilly’s home and her husband shot Kate’s right-hand man in the face.

But, the war didn’t just play out via stabbings, shootings, and slashing.

Oh no, Kate and Tilly had one huge weapon they liked to break out: PR.

Yup! Along with killing and mutilation, Kate and Tilly both used public relations to destroy each other in the papers, you know, just like D list celebs do today!

Yeah it's a weird AF plot twist, just roll with it

Kate bloody loved a good bit of PR. You see, she wanted to be seen as Sydney’s Jovial mother figure. Sure, she might have shot and killed a couple of guys, but really, underneath it all, she was just a nice lady who happened to run a criminal empire. You guys…people actually bought this.

In fact, it wasn’t even difficult for Katie to become a beloved (if terrifying) criminal. While Tilly was famously slashing Johns and dousing policemen in petrol, Kate was making a very public show of donating some of her ill-gotten gains to poor children and hosting Christmas for the city's poverty-stricken families. Kate just looked so much better compared to her rival!

Even when she was being trailed by police, Kate found time for an old-timey photo op. In one newspaper writeup of Kate’s crimes, the journalist took time to note that the detective followed Kate while she was "bound on a noble errand of supplying food to unemployed." 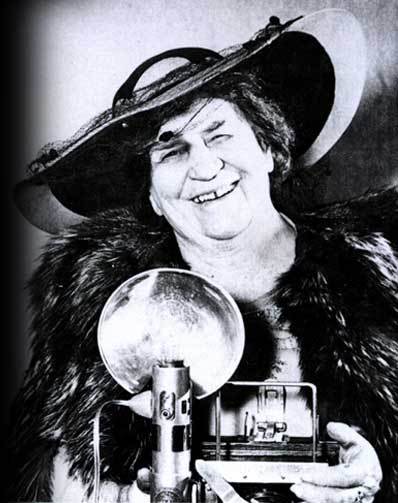 Awww that smile almost makes you forget all the crime and murder!

Now, obvs there was no way that Tilly was letting Kate be the public’s favorite.

So she went all in, tearing apart her rival's image. Tilly played up her English roots in a bid to appear classy, often brought up Kate’s childhood abuse (to try and illustrate how rough Kate was), and of course, trashed her to any journalist she could find, saying:

"I’m not like Kate Leigh anyway. I might drink and have a run-in with the police now and then, but I don’t take dope, and no one can say I have ruined young girls. Kate Leigh does all this." 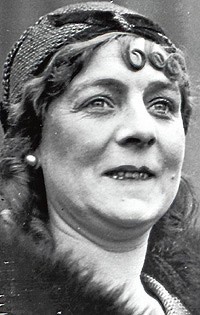 All class, that Tilly

But the women’s tabloid fun and games were to end.

By the early 1930s, police were hot on Tilly and Kate’s heels, after yet another series of armed brawls between their gangs terrorized Sydney. As the net closed, Tilly fled home to England for several years; Kate wasn’t so lucky.

After a series of raids, Kate was arrested, and spent the next few years locked up. Obviously, Kate being Kate, she owned the prison, inviting the warden's wife for tea and pretty much ruling over the inmates. But when she was released, Kate found herself in a very different world, with drugs and illegal boozing now completely off Sydney’s streets.

Luckily (for her) Kate managed to keep her brothel businesses running and therefore could remain one of Sydney’s wealthiest citizens. Tilly also landed on her feet, once more back in Sydney and operating her chain of brothels.

Then in the 1940s, Kate and Tilly did the impossible: they called a truce.

By now all their friends were dead or in jail. Both women truly only had each other. Obviously, that didn’t stop them from continuing to constantly tear each other a new one in the press. 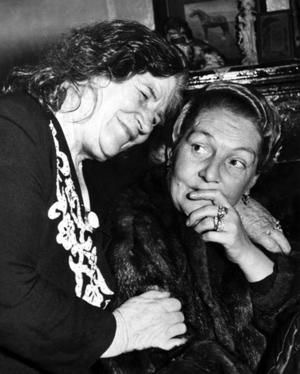 Awww, these two ruined so many lives

Eventually, karma came around for Tilly and Kate. But it wasn’t guns or gangs that were Tilly and Kate’s downfall… It was taxes, which obviously both women had been dodging for years. By the time the taxman caught up with Kate in 1954, she owed so much that paying it back bankrupted her.

Tilly was slightly better off, losing almost all her property and only just managing to hold on to one small brothel. 10 years later in 1964, Kate Leigh died in a one-room bedsit. Tilly followed in 1968, her funeral almost unattended, the only eulogy was given by Sydney's Police Commissioner, who said (in possibly the most contradictory sentence ever uttered by someone working in the police): "She was a villain, but who am I to judge her?"

this post originally appeared on F Yeah History and is reprinted here with permission.

How Ida Lupino Went From "Blonde Bimbo" To Groundbreaking Director