WTF Is Cryptocurrency? Here's What You Need To Know 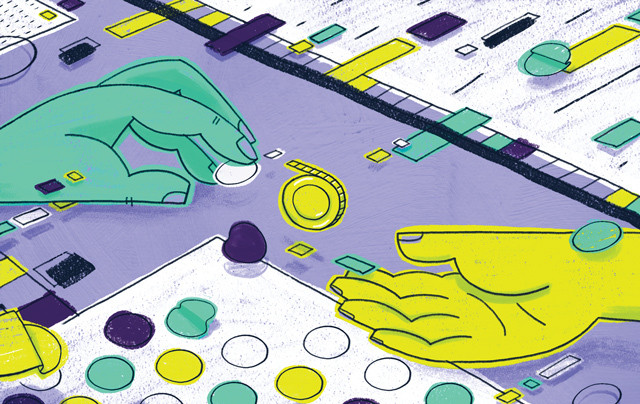 In the world of money, cryptocurrency (and the blockchain technology that supports it) has moved from the realm of tech-savvy investors to the mainstream. The shift has created a modern-day tech gold rush: students are dropping out of college and becoming Bitcoin millionaires; coins that emerged on the market for mere pennies are now worth (tens of) thousands of dollars. But for the uninitiated, it’s hard to understand what cryptocurrency is, let alone why you should care. The simple answer? Because it’s only getting bigger.

Cryptocurrency is a digital format of money that uses cryptography—lines of seemingly meaningless code that actually contain secret information—to secure each transaction. It’s not linked to any physical form—you can’t drop it in your change purse—which means it operates outside of the central banking system and government control. Cryptocurrencies have no intrinsic value, which means the price can increase (and drop) dramatically based on demand; they’re only worth as much as the buyers and sellers make them. Because the fluctuation can be so great (and unpredictable), it’s a market of mostly short-term investors, which makes it even more volatile. Bitcoin (BTC) is the original cryptocurrency; its creator invented blockchain technology, the foundation of digital currency, which creates an unflawed and inalterable digital ledger. But there are thousands of cryptocurrencies including other heavy hitters like Ethereum (ETH), Bitcoin Cash (BCH), and Litecoin (LTC), which has fluctuated from $3 to $371 in the last 12 months alone.

When you purchase cryptocurrency—with actual money—you are buying digital tokens or coins. You can purchase full coins or smaller portions with investments starting at as little as $2. Coinbase.com is great for new users; the fees are higher, but it’s incredibly user-friendly. Bittrex.com, bitstamp.net, poloniex.com, and kraken.com are good for buying and trading on a larger scale. New crypto users store their coins online in a “digital wallet,” software that uses public and private keys to receive and send currency while keeping track of your balance. Some sites that are great for starting a new wallet are myetherwallet.com and blockchain.com. Companies including Expedia, Subway, Cheapair, OkCupid, and Shopify accept cryptocurrency, while others like Etsy and Whole Foods have established alternative payment options that allow for the use of cryptocurrency—meaning Bitcoin can find you love and fill your fridge. And the list grows daily.

I am a true Bitliever.  But remember, as with any investment, you have to know your product. The market fluctuates wildly, and if you don’t understand the risk, it’s possible to lose it all. Do your research and don’t jump in blindly. Though cryptocurrency is highly volatile, the technology that supports it is not. Blockchain was created by the people for the people, and will revolutionize the way we conduct our lives and run our businesses: it’s not a fad; it’s the future.

Whatever Happened To Those Girls Who Signed "Purity Pledges"? Hint: It's Not Good

Light Up Your Life With This Thrifty DIY Neon Sign

3 New Books About Reproductive Health You Need To Read

Tags: Cryptocurrency , bitcoin , Ethereum , Litecoin , digital
Support Feminist Media!
During these troubling political times, independent feminist media is more vital than ever. If our bold, uncensored reporting on women’s issues is important to you, please consider making a donation of $5, $25, $50, or whatever you can afford, to protect and sustain BUST.com.
Thanks so much—we can’t spell BUST without U.