If Men Fear You, Let Them

Details
BY It's Not Personal
IN Living
Published: 02 January 2018 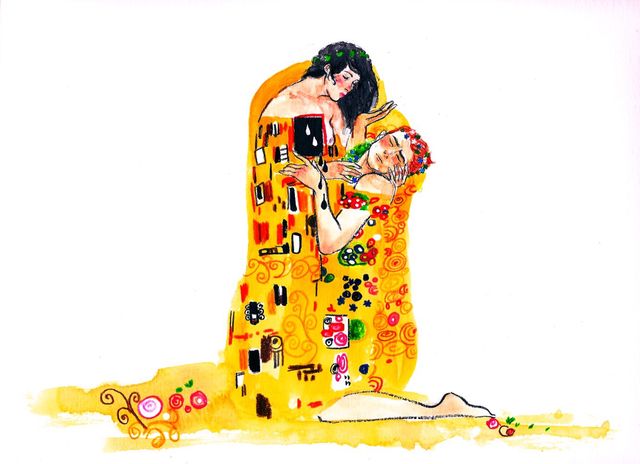 I'm going to tell you something that will surprise you. He's doing that because he likes you.

A boy had been chasing me around the playground for a week. I was five years old, exasperated and really confused. What had I done to deserve that kind of attention, minding my own business at recess?

But he doesn’t know how to tell you. He’s scared.

My mom didn’t mean it as an excuse, but as an explanation for a girl desperate for some clarity and peace. I hadn’t done anything. Boys just didn’t understand their own feelings, and it terrified them. At five years old, the insight was empowering. The next time a classmate tore across the sandbox after me, I calmly explained to him that he was only chasing me because he liked me. I didn’t get chased again.

As it turns out, the only thing that scares a boy more than his own feelings is someone who makes him look at them.

After my last relationship ended with a difficult conversation around a gap in emotional intelligence between me and my partner, and his fear that it made him an inadequate match, I recognized a pattern. The men and boys I’ve dated are all, in one way or another, afraid of me. They usually tell me so about half an hour before a tearful goodbye, leaving me to feel like Frankenstein — a gentle creature aggrandized by those around her, doomed to walk the planet alone.

But as much as I’ve tried to change my ways and soften in the name of love, I’ve had to come to terms with the idea that I can’t really change the thing about me guys are most afraid of. They don’t think I’m jealous, or emotionally unavailable, or mean. They think I’m too good for them, too emotionally evolved and direct, and the thought of me seeing right through them and knowing all their fears and failures makes them metaphorically shit themselves and break down our partnership before I have the chance to tell them I only use my powers for good.

As a five-year-old, being intimidating was something I was proud of. As an insecure teenager, it was an endless nightmare.

I wanted to scare the boys who pulled my hair, and maybe teach a lesson to the ones who thought girls weren’t capable. Seeing a guy shrink away from a debate after he’d been proven wrong, or retreat when I shamed him for a show of misogyny, filled me with pride. It made me feel like I could take care of myself, even when the men around me tried to make me believe that I couldn’t.

Now, this behavior was reserved for those who earned it with their malintent — but a reputation as the girl who can shrink a man with a look isn’t something easily shaken. As easygoing as I was with guys I crushed on, or at the very least weren’t total assholes, that intimidating potential hung around me like a smoke that warns of fire.

Boys told me I scared them in lots of different ways. Hiding at the dances they had asked me to. Trembling while we held hands. Denying the love notes they penned after dark on AIM. I tried to make myself more personable and joked too loud, tried to be prettier and starved myself. Women I respected told me that I scared boys because I was smart — “too smart” to care what boys thought of me. I was just as desperate for their attention as I was furious with myself for wanting it. While other girls had boyfriends that kissed them between classes, I couldn’t cull interest from anyone younger than 25.

I bet you scare all the boys your age.

I was so relieved to find someone that understood, and so naive in my understanding of healthy relationships, that I didn’t see the obvious red flags in a 30-year-old man relating to an 18-year-old girl over her inability to feel loved. Men like this weren’t any less afraid of me than younger boys, they’d just learned how to use those fears as tools for manipulation. In my misguided pursuit of attention I ended up receiving the same unwell energy I had been exuding and didn’t recognize that I was being controlled instead of being appreciated.

Those fears made themselves apparent sooner or later in jealousies, denigrations, and controlling behaviors, and it didn’t take long for me to outgrow older men. But my ability to relate to the kind of boy who sat catatonic watching Star Wars on the couch next to me, only later confessing regret for not “making a move,” just became more challenging as our divide widened with age. I hated being told I was out of someone’s league, mainly because every topic of conversation doesn’t need a goddamn sports metaphor (another thinkpiece for another time).

I discovered legitimate passions and life became fulfilling in other ways, but I still felt a little like an unapproachable monster. Regardless of “knowing better,” that kind of feeling fucks with your head and permeates socializing beyond the romantic. A lifetime of melting, molding, and breaking down again in pursuance of affection left me tired, bored, and unsure of who I wanted to be for myself.

So how did I survive the crushing insecurity long enough to write this today? Jenny Slate once tweeted something that sums it up pretty beautifully, “As the image of myself becomes sharper in my brain & more precious, I feel less afraid that someone else will erase me by denying me love.” As I got older, the men in my life weren’t just prospective crushes — they were my co-workers, bosses, and more often than not, my adversaries. With a little wisdom and a lot of work, my ability to intimidate became a tool I could wield as I pleased instead of a prison I lived in. And the more myself I became, the more comfortable I was letting men and women alienate themselves from me.

It made more room for the right ones.

After two decades of trying to temper myself in the name of “love,” I’ve made a virtual 360 back to that temerarious girl on the playground. When it comes to boys with a lowercase “b,” their fear acts like self-selection. Changing myself to circumvent these trepidations is ultimately only a temporary solution to the actual problem, that we’re just not a good fit.

With perspective on this pattern, I’ve stopped trying to change myself. Those guys were right, they weren’t a fit for me — at least at that point in their own journey. Trying to love yourself in the face of rejection can feel like holding on to a gangrenous limb, but it’s really an opportunity to take an objective look at what you will or won’t make compromises on in a partnership. Hint: your essential self should never be on the table — nurturing that core is crucial to allowing the right relationships to come to you. My internal strength may strike fear in the hearts of most men, but it won’t terrify the right one, and that’s how I’ll know.

Kylie Anderson is an LA based writer & filmmaker, and half of the horror comedy duoLadies From Hades. She writes about girls, movies, astrology, fear, and the economy. You can read more of her retrospectives on love on Medium, find her defending Geminis on Twitter, and see how cute she is Instagram.

Ens Chau is a genderqueer femme tattoo/watercolor/crayon/gouache artist based in LA. She is explores gender, race and intersectional feminism in her zines and illustrations. You can find her tattoo work on Instagram.

You Are Here And You Matter

How Self-Esteem Transformed The Relationships In My Life

The Love That Almost Took My Adult Life

It's Not Personal is an inclusive dating collective and growing anthology. INP creates opportunities for women/womxn to share their dating experiences in safe spaces, empowers them to find comfort in their relationship statuses, and inspires them to have a healthy relationship with themselves through the tools of art and writing. INP does workshops, events and has a monthly column with BUST Magazine Online, as well as works to raise money for RAINN.  For more information, be sure to follow It's Not Personal on Instagram join the Facebook group, and send art and writing submissions to itsnotpersonalnyc@gmail.com.