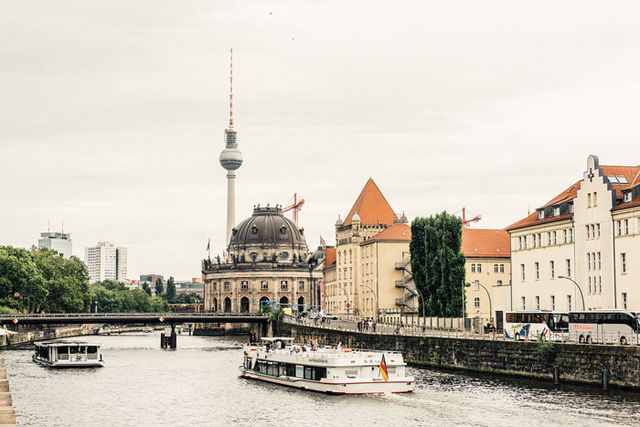 The German capital of Berlin, once infamously described by former mayor Klaus Wowereit as “poor, but sexy,” can feel as if it’s straining at the seams with people pouring in to start art galleries, organize festivals, or open up cocktail bars. Roll up with any esoteric interest or wacky dream and you’ll find a crowd that gets you. Traces of history and the city’s divided past permeate most everything, but the Berlin of 2017 is fun, hyper-tolerant, and welcoming to all. 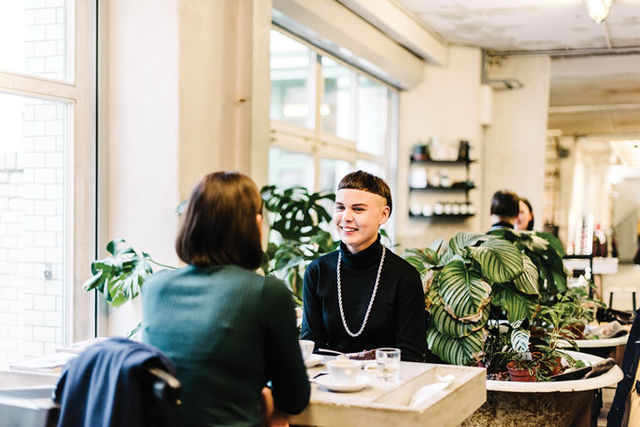 Coffee culture has hit Berlin hard in the last few years, and every neighborhood has its share of amazing cafés and award-winning baristas. Roastery Bonanza Coffee Heroes (Oderberger Str. 35) is a stalwart of the coffee scene and a stone’s throw from the Mauerpark, while Concierge Coffee (Paul-Lincke-Ufer 39-40) and Companion Coffee (Oranienstraße 24) offer relaxed spaces and great coffee further south. Caffeinate and gorge yourself on delicious cakes at the tiny and beautiful Friedl Rösterei & Kekse (Pappelallee 35) in Prenzlauer Berg.

For something a little boozier, when the weather’s nice, the long tables under the chestnut trees at Prater Garten (Kastanienallee 7-9) fill up with a relaxed mix of locals and tourists. Cozy and inventive cocktail bar John Muir (Skalitzerstraße 51) provides seasonal drinks, craft beers, and a chill atmosphere. 8mm (Schönhauser Allee 177b) is a punk rock oasis amidst touristy Mitte, with old films projected on the walls and dense clouds of cigarette smoke after midnight. Head to karaoke bar Monster Ronson’s (Warschauer Str. 34) to sing ‘til dawn.

Plan ahead and book a visit to Sammlung Boros (Reinhardtstraße 20, guided tours only: sammlung-boros.de), a WWII bunker transformed into a contemporary art gallery. Most of Berlin’s major museums are conveniently piled around one another in the middle of the Spree river on Museum Island in Mitte. Decompress and get weird at Kater Blau (Holzmarktstraße 25), a dance music playground on the Spree. Or make new friends on the sordid and sweaty dancefloor of Icky (Sundays @ Ficken 3000, Urbanstraße 70). You came to Berlin to have fun, right? 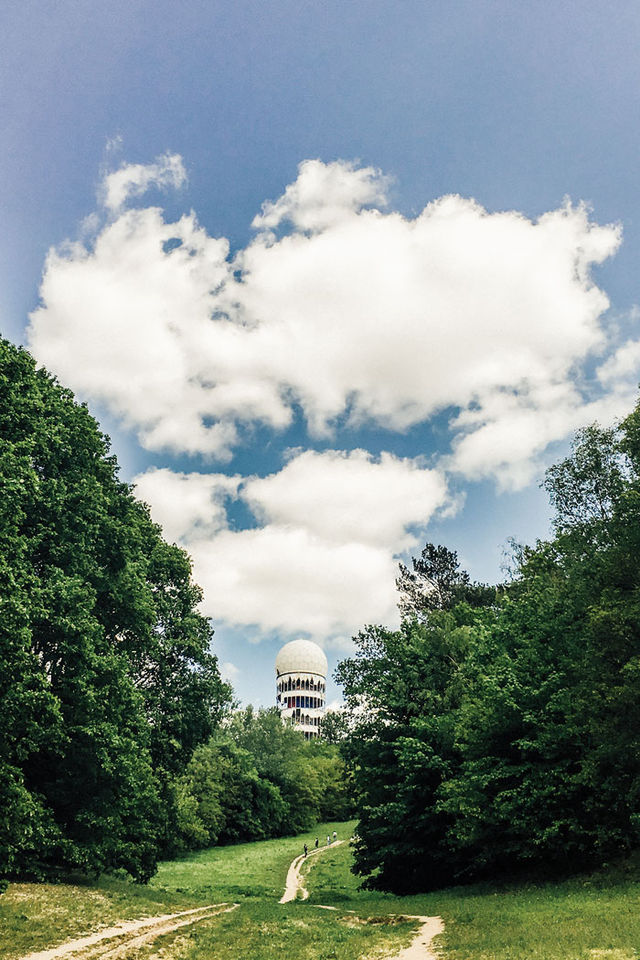 OUTDOORS
Berlin gets dark very early in winter and can be quite cold, but Berliners still venture outdoors. Café am Neuen See (Lichtensteinallee 2) is a beer garden and restaurant at the edge of the Tiergarten, but the real fun is the curling sheet that opens once the temperature drops. Grunewald forest in the west is great for a quiet stroll—or foraging for mushrooms, nuts, and edible plants. It’s here you’ll run into Teufelsberg, a man-made hill created by WWII rubble. If you climb to the top, you’ll discover an abandoned radar station with huge graffiti walls and panoramic views of the city. Don’t visit Berlin in December without spending an evening in a Weihnachtsmarkt (Christmas market) eating Schmalzkuchen (little doughnuts) washed down with a Glühwein (mulled wine) or three. Lucia is a Scandinavian holiday market in the courtyard behind the Kulturbrauerei (Schönhauser Allee 36) and is as cozy as it gets. For a more traditional vibe, the beautiful Gendarmenmarkt (Mitte) has a winter market every year until December 31. 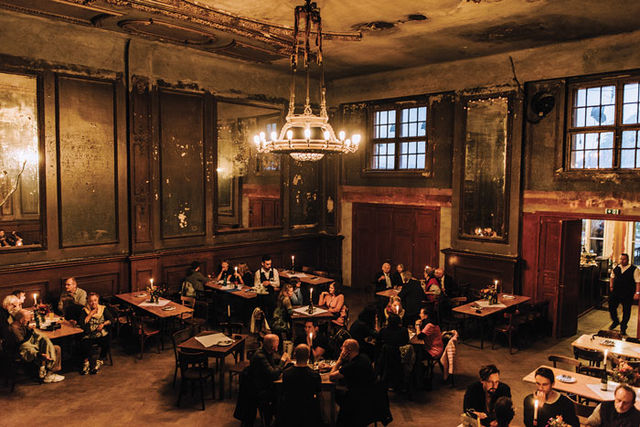 EAT
Germans have been enjoying long and elaborate breakfasts for ages. Silo (Gabriel-Max-Straße 4) and Distrikt Coffee (Bergstraße 68) offer delicious, familiar brunch fare such as baked eggs and pancakes. Concept cafe Isla (Hermannstraße 37) in Neukölln serves amazing breakfasts while using sustainable methods that minimize food waste. For dinner, sit down to homemade southern German delicacies at Alpenstueck (Gartenstraße 9), vegetarian fare at Cookies Cream (Behrenstraße 55), or dine with a background of tangoing strangers in vintage ballroom Clärchens Ballhaus (Auguststraße 24). To sample all the most interesting food in Berlin in one go, head to indoor food paradise Markthalle Neun (Eisenbahnstraße 42/43), a hall packed with street food stalls, delis, mini outposts of local restaurants, and a cocktail bar or two. 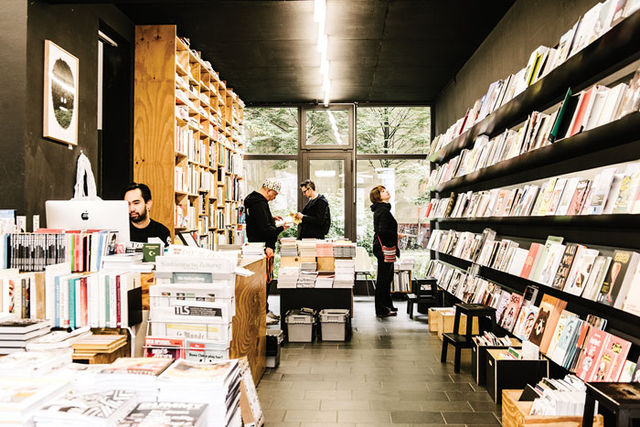 Don’t forget your canvas tote bags and washed yogurt jars before heading to supermarket Original Unverpackt (Wiener Str. 16), a packaging-free supermarket pairing two of Berlin’s favorite things: sustainability and concept stores. On Sunday, comb for treasures at any of the many Flohmärkte throughout the city. The flea at the Mauerpark (Bernauer Str. 63-64) is huge, crowded, and the likeliest place to find something you never knew you needed. Artsy bookworms should make a pilgrimage to do you read me?! (Auguststraße 28) for design and fashion ’zines, books, and periodicals. 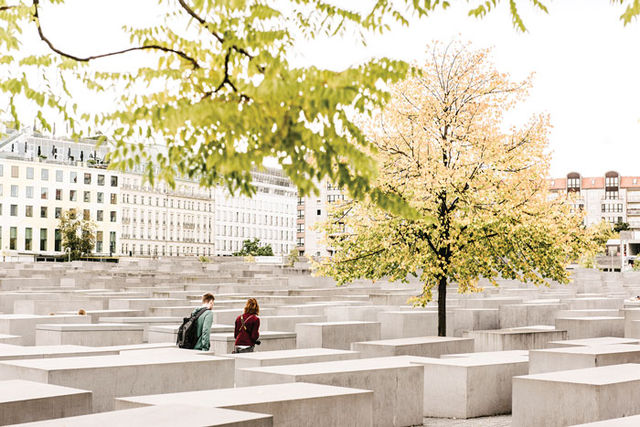 For a sobering lesson on the impact border walls can have, the Gedenkstätte Berliner Mauer (Bernauer Str. 111) preserves over a half-mile of the Berlin Wall between the Mitte and Wedding districts and includes a documentation center dedicated to the history of Berlin’s division. Across town, the East Side Gallery (Mühlenstraße) draws flocks of visitors to its permanent display of work from artists worldwide, painted on the eastern side of the wall in 1990. The Denkmal für die Ermordeten Juden Europas (Memorial to the Murdered Jews of Europe, Cora-Berliner-Straße 1) is a somber memorial to Jewish victims of the Holocaust, designed by architect Peter Eisenman. Don’t idly lean your bike against (or worse, climb on) the quiet sea of grey stone blocks.

What To Do In Sedona, Arizona